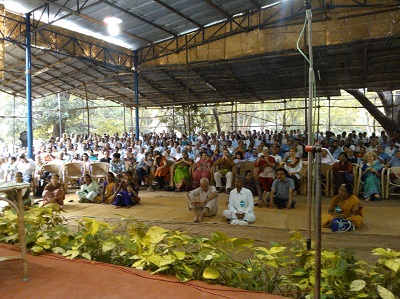 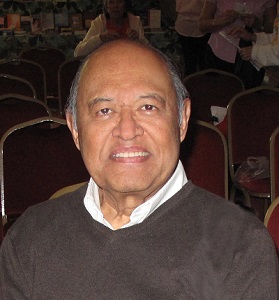 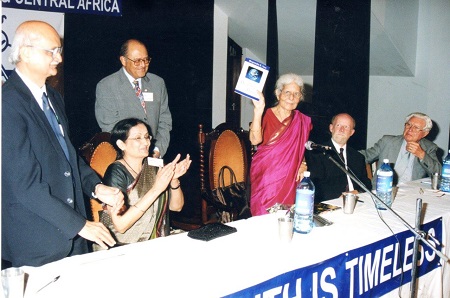 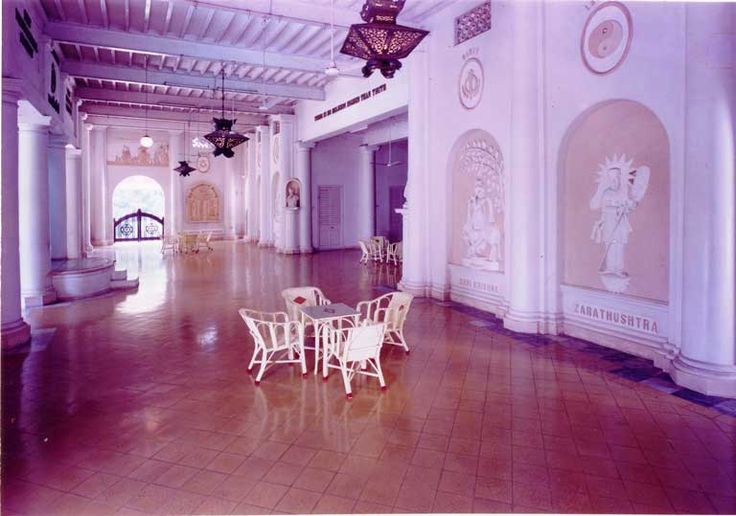 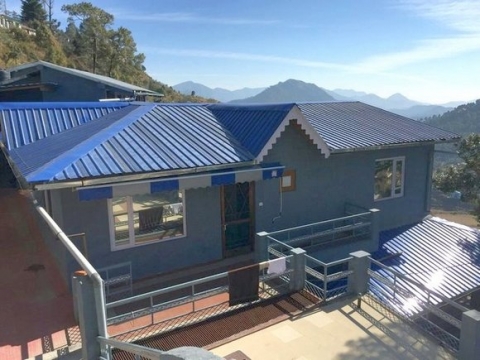 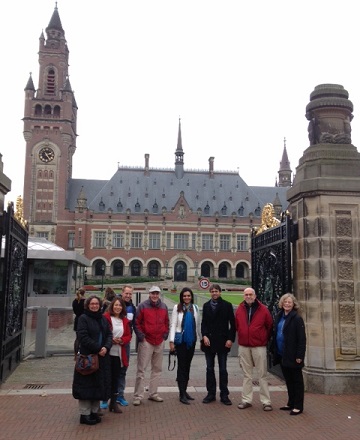 Good News from the International Theosophical Centre in Naarden, the Netherlands 1

From October 14 to 18, 2015, around twenty persons gathered in the Besant Hall of the International Theosophical Centre in Naarden, the Netherlands, for Trân-Thi-Kim-Diêu’s eighth Silent Retreat there, with talks, meditative enquiries, seated and walking meditations, and above all: silence. The subject was based on I.K. Taimni’s book The Ultimate Reality and Realization or Siva-Sutra. Thanks to the building up of attention and open-mindedness during earlier retreats, many participants were able to open their minds fully to the profound and inspired experiences Trân-Thi-Kim-Diêu shared, and to the meaning beyond words. 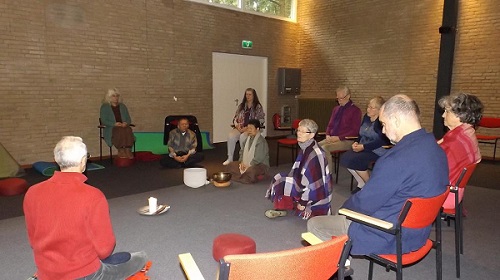 Participants meditating in the Besant Hall

Read more: Good News from the International Theosophical Centre in Naarden, the Netherlands 1

Good News from the International Theosophical Centre in Naarden, the Netherlands 2

This CENTRE is, without a doubt one of the best retreats in the Netherlands, or in that respect in Western Europe. How can you become a FRIEND of this Centre? 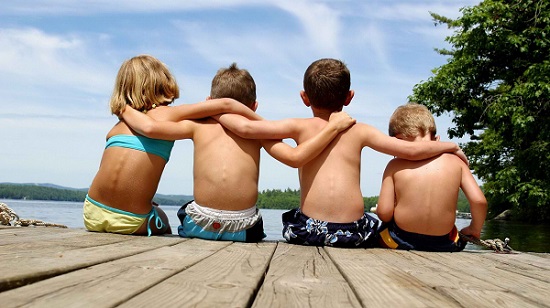 Let’s be friends, for real …

Friends of the Centre

Since the beginning many Friends from the Netherlands and abroad have supported the ITC. The ITC has always had a special relationship with its Friends. Being Friend of a spiritual Centre implies a much deeper relationship than being a financial sponsor.

Friends are required to subscribe the aims and activities of the ITC. This results in a bond, which is experienced by many Friends who live even hundreds or thousands of kilometers away.

Read more: Good News from the International Theosophical Centre in Naarden, the Netherlands 2 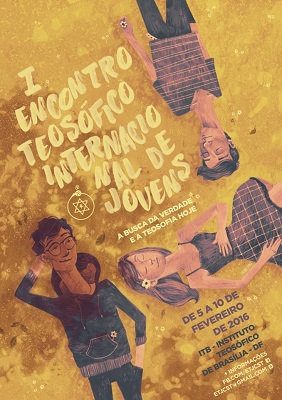 From February 5 until 10, 2016, a Theosophical gathering of young Theosophists will be held on the grounds of the famous Theosophical Institute, just outside of Brasilia, the capital of BRAZIL. The International President of the Theosophical Society, Tim Boyd, is going to be one of the guest speakers! The organizers opened a special Facebook page with all relevant information, click here: https://www.facebook.com/etjcst?fref=photo

The Theosophical Institute is a superb retreat center, have a look at these collage photos which don’t need any commentary or subtitle: 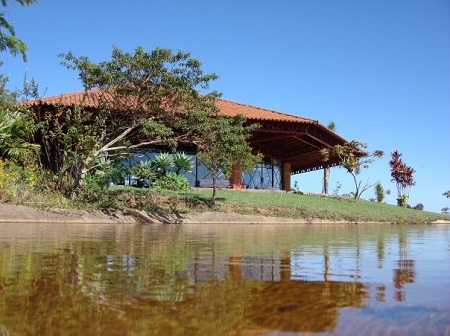 A HEALING PROCESS is taking place inside the Theosophical Movement through the initiatives of International Theosophy Conferences Inc. Much needs to be done still, but the Movement is definitely in motion. 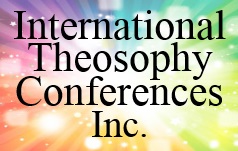 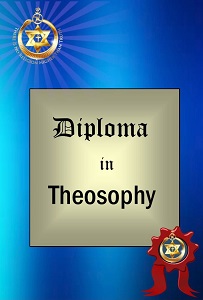 The Diploma is a one year open-learning course by the Theosophical Society in England, designed to assist students' understanding of the basic Principles of Theosophy. Students will undertake the course by home study and have contact with Course Leaders.
Information will be provided about the Three Objects of the Society, its history and purpose, Universal Truth; and the Path of Service as part of Self-development and to humanity as a whole. This is to help students to understand the role of the Society and the opportunity for Self-development which Theosophy offers.

[We received the following report from Linda Watts. Although the piece refers to activities which took place last October, this is an ongoing project and worth mentioning.]

The Universe expresses shifts in form within the cusp of the surrender of old thought forms and structures and the uptake and embodiment of a new turn of the spiral. From the bottom of the South Pacific, we recognise that the relevance of Theosophy must be expressed in the energy of more open-minded forums of engagement and materialised in different structures.

In September 2014 the impetus for engaging more with community was expressed in a gingerly placed first step towards community by inviting others steeped in the ageless wisdom -outside formal TS structures, in the first of the TSNZ (the Theosophical Society in New Zealand) Theosophy Dialogues.

New site with significant information and overviews; a great initiative set into motion by some well-known Theosophists: Pablo Sender, Jacques Mahnich, Vicente Hao Chin Jr. and others. This one you really need to check out. Here is the link:

Reincarnation is one of the most important issues faced by philosophy, religion and science that have very significant implications to the understanding of human life.

Reincarnation used to be a subject confined to religion. Since the 20th century, however, the inquiry has moved into the field of science as a result of ground-breaking researches about people, particularly children, whose memories of previous lives have been validated by independent investigations. Many of these cases involved birthmarks or physical characteristics at birth that matched the manner of death of the claimed previous life. Some of them also could speak an unlearned language but which corresponded to the language learned in the claimed previous life.

Since 2002 the Golden Link College, our Featured Project, has stood as a prime example of a truly Theosophical school. Suggests Vic Hao Chin Jr, “A Theosophical school is basically about the development of a certain type of human being who is psychologically balanced, intellectually free, unencumbered by prejudice, who has intrinsic motivation to attain excellence, is ethical, socially well-adapted, self-confident and unselfish. As such, the work of a theosophical school is about character building, personality development and the awakening of self-awareness and higher intelligence. It is only secondarily about learning what are called Theosophical concepts.” 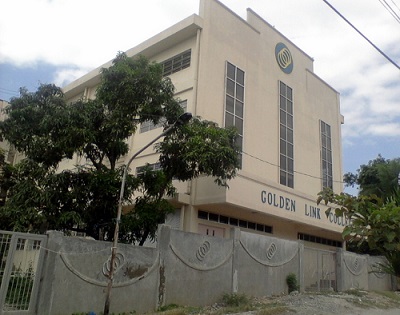 The Golden Link College now offers classes from the primary to tertiary level. Children are treated as evolving souls with theosophical values and principles imparted in ways that are appropriate to the children’s ages. For example, meditation is taught, its frequency and duration varying according to the age brackets of the children. No specific religion is taught or practiced but all are honored. Rather, a reverence for the divine and a sensitivity for all life are emphasized. At the high school and college levels, the theosophical world view is introduced formally as a subject in its own right. Does this mean that core subjects such as proficiency in language and basic math are forgotten? No, core academic knowledge and skills are given high priority and attention. After all, reading especially is considered fundamental to Theosophists! In addition, the teaching medium at the GLC is English as knowledge of the English language is considered essential for many in today’s world. The GLC has one of the higher academic standards for schools in the area of North Caloocan City. This year all of the GLC graduates who took the exam for teacher licensure passed.

Autumn is a special time of change as everything in nature is getting ready for winter rest. It is also an opportunity for contemplation and reflection as we are approaching the New Year. 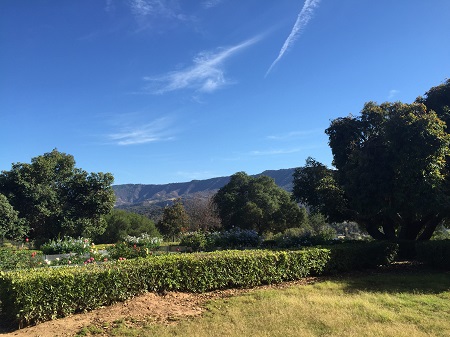 With the new season how wonderful it is to see an amazing variety of different birds who find their home in the peaceful surroundings of Krotona. Cooler temperatures and a few rain showers are also very welcome especially by our furry friends. Crisp air and the starry sky with magnificent Orion constellation in the East inspire insightful conversations among the residents and students during the night walks. 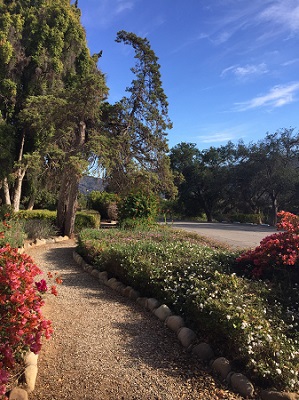 Walking down the Path

There were several good news and events taking place at Krotona:

We continue to develop and improve our website www.krotonainstitute.org adding more helpful information for the seekers of Truth.

Good News from Olcott in Wheaton

The Theosophical Society in America launched an exciting new technology which will allow them to bring live programs to you, right in the comfort of your own home! Those of you who are home-bound or living too far away to attend a lecture or class at the National Center can still share in the wisdom and insights of their wonderful instructors and presenters.

We have 169 guests and no members online