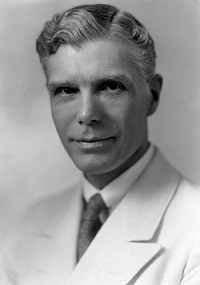 Orientalist, authority on comparative religion, editor and translator of Tibetan religious scriptures, Walter Evans-Wentz was born in New Jersey to parents who were freethinkers and Spiritualists. He joined the Theosophical Society, Point Loma, in 1902 and was encouraged by Katherine Tingley to pursue his education at Stanford University in California. There he received his Master's degree in 1906 and afterwards continued his studies at Oxford University, where he wrote his first book, The Fairy-Faith in Celtic Countries.

During his many travels in the Far East, Evans-Wentz studied for several years in Tibet, where he was ordained as a Buddhist monk. In 1918 Evans-Wentz stayed at the international headquarters of the Theosophical Society in Adyar, where he had discussions with Annie Besant. While in India he met Alice Cleather, a Theosophical writer and lecturer, who was then living at Darjeeling. In 1923 he returned to Point Loma and worked there with Tingley. In 1927 he published The Tibetan Book of the Dead, the first book to describe the teachings of Tibetan Buddhism for the Western public. In this book he submitted evidence that Blavatsky was intimately acquainted with the higher lamaistic teachings.

Celebrated traveler, opera singer and writer, Alexandra David was born on October 24, 1868, at Saint-Mande near Paris, France. She was the only child of elderly parents and frequently ran away from home to escape a repressive atmosphere. As a young girl she attended lectures on Eastern religions at the Paris Theosophical Society and took singing lessons. She joined the Opera Comique and toured the Middle East, the Far East, and North Africa with that company, singing leading roles in Gounod's Faust and Massenet's Manon. Massenet thanked her in a letter for the excellent way in which she had interpreted her part in his opera.

Alexandra David joined the European Section of the Theosophical Society in London on June 7, 1892. Shortly after joining, she returned to Paris and became a member of the Ananda Lodge there. In a letter to G. R. S. Mead dated December 10,1892, she wrote that she had broken off relations with her family because of her refusal to renounce Theosophy.

In 1904, Alexandra married Philippe Francois Neel, a French railway engineer, in Tunis, but she was not suited to the conjugal state, and they went their separate ways after a short time. Although the marriage failed, she and Neel remained friends and he financed many of her journeys and maintained a cordial correspondence with her until his death in 1941.

In 1911, Alexandra David-Neel left Paris and traveled to Northern India where she studied Buddhism. It is typical of her dedication and physical endurance that she, dressed only in a cotton garment, spent a winter in a cave with a young Sikkimese lama called Yongden, studying Buddhist teaching. Sometime later she spent three years in a Peking monastery.

In 1923 David-Neel began her epic journeying. Accompanied by Yongden, she traveled from Calcutta in India through Burma, Japan, and Korea to Peking, covering nearly 5,000 miles by mule, yak, and horse across China into northeastern Tibet, then into Mongolia and the Gobi to the Mekong River. From there, disguised as Tibetan pilgrims, David-Neel and Yongden traveled through Tibet to Lhasa, the "Forbidden City." While in Tibet, she was a disciple of an abbot of the monastery of the White Conch, where she became the first European woman to be ordained as a lama.

In 1925 David-Neel returned to France a celebrity, and was awarded many honors, including the Grande Medaille d'Or of La Societe de Geographie, and in 1924 the French Government made her a Commandeur de la Legion d'Honneur. In 1937 she, with Yongden, went to Asia for the last time; they journeyed to China and took up residence in Peking where she often had dinner with Chiang Kai Shek and met Teilhard de Chardin, the celebrated Jesuit anthropologist. It is claimed (The Middle Way, May 1984) that David-Neel took part in Mao's Long March. David-Neel returned to France after the end of World War 11. She died on September 9, 1969, at Digne in Southern France just short of her 102nd birthday.

David-Neel was a skilled and objective observer whose intimate knowledge of Tibetan and Sanskrit languages enabled her to interpret and convey to Western readers much concerning Tibet that was hitherto hidden behind a veil of ignorance and misinformation. Her account of her journey to Llasa ranks among the great travel stories in literature. Her sense of humor is illustrated by her reply to a woman who wrote and asked her to kill her husband by magic. She replied, "Dear Madam, if I had to kill all unfaithful husbands, the world would be populated only by widows." 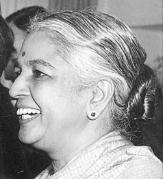 A scholar and Theosophist, Bhagavan Das was born on January 12, 1869, at Benares (Varanasi), India, into a landholding family of bankers. He had a distinguished academic career, earning his B.A. at Calcutta University when he was sixteen and his M.A. (in philosophy) when eighteen. He joined the Theosophical Society in 1894.

Bhagavan Das was in government service as a deputy collector and magistrate in Uttar Pradesh from 1890 to 1899. He left those positions to become Honorary Secretary of the Board of Trustees and Managing Committee for the Central Hindu College in Benares, which he helped Annie Besant to found. In 1921 he was sentenced to one year’s imprisonment for participating in the Non-Cooperative Movement, but was released after five weeks on a motion of the Government. For many years he served on the All-India Congress Committee and was elected to the Legislative Assembly in Uttar Pradesh in 1934.

Bhagavan Das was awarded the T. Subba Row Medal in 1900, although most of his best-known publications came after that. They include The Science of the Emotions, The Science of Peace, The Science of Social Organization or the Laws of Manu in the Light of Theosophy, The Essential Unity of All Religions, and Annie Besant and the Changing World. 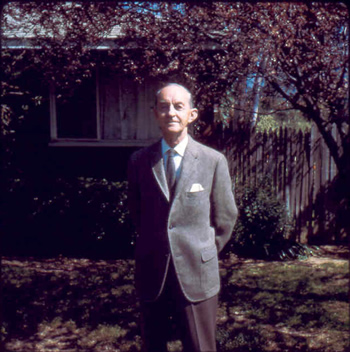 We have 160 guests and no members online