Blavatsky’s Ailment And Others Who Shared It

The Wikipedia article on Bright’s disease, a kidney ailment, lists some “well-known victims” of the disease, including “Madame Blavatsky, founder of the Theosophical Society and author of The Secret Doctrine.” Also in the list are Chester Arthur (21st President of the U.S.), Emily Dickinson (the poet), Antonin Dvozák (the composer), H. P. Lovecraft (the fantasy writer), Rowland Hussey Macy (founder of Macy’s Department Store), Linus Pauling (the Nobel laureate chemist), Al Ringling (of Ringling Brothers Circus), and Richard Warren Sears (founder of Sears Roebuck). Thus in this ailment (only one of several, alas, from which she suffered), HPB had some distinguished company. [http://en.wikipedia.org/wiki/Bright's_disease, Dec. 2008]

Maxim Gorky (1868-1936) has been called the father of Soviet literature and was the founder of the school of socialist realism. However, he had several sides to his personality. From his youth, he combined a love of romantic tales with an intense sympathy for humanity. Of peasant background, he had to be self-educated but eventually became a major supporter of intellectual interests in post-Revolutionary Russia. The culmination of his literary career is his uncompleted four-volume novel, The Life of Klim Samgin. His work combines realism and a strong sense of social justice with a poetic strain of expression.

Theosophy and the Perfect Piano 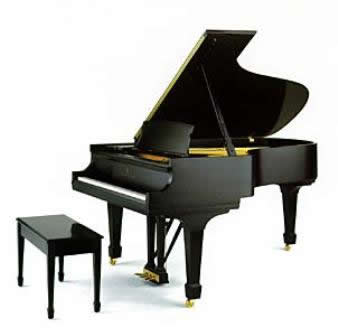 References to Theosophy often appear in unexpected places. One of those is the following autobiographical account:

Grand Obsession: A Piano Odyssey, by Perri Knize (New York: Scribner, 2008). “In this heartfelt, lyrical memoir, a woman’s unstoppable passion for the piano takes her across continents and oceans in search of the elusive sound of a perfect instrument—and reminds us that following our dreams can transform our lives at any age.” (http://www.grandobsession.com/synopsis/index.html)

From chapter 21, “The Anthroposophist”:

“I have something for you,” Carl says, sounding excited, and he presents me with the shopping bag. Inside are several books. “Keep them for as long as you like.”