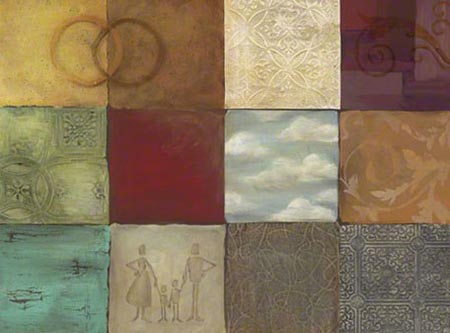 In The Key to Theosophy, H.P Blavatsky says, “All men are spiritually and physically of the same origin.”i Each of us has within “The ONE LIFE, invisible, yet Omnipresent.”iiThis Eternal Principle is immutable, but is a necessity, since nothing comes from nothing. It is the Uncreated, yet the basis of all manifestation. Our Souls are microcosmic copies of this Divine Kosmos. Physically, we are made from the stuff most prevalent in the earth and universe: carbon, hydrogen, oxygen, and nitrogen. We all share immense cycles of evolution spiritually and physically, from the Solar and Lunar Pitris respectively. Every atom of our being can be traced to the ONE LIFE. The Secret Doctrine affirms, “THE ROOT OF LIFE WAS IN EVERY DROP OF THE OCEAN OF IMMORTALITY, AND THE OCEAN WAS RADIANT LIGHT, WHICH IS FIRE AND HEAT AND MOTION.”iii Life is not an accident, an after-thought, or a creation of a personal God, but always has been and will be. However, life on this plane of existence is ever changing, because nothing is inorganic, as Hindu philosophy and the German philosopher Schelling affirm.

What does not change is the truth that we are microcosmic units of the ONE SOURCE. We are what Leibniz called Monads, invisible, indivisible, and without mass or extension. Theosophists call the Monad the Divine Ego, or the Higher Manas (Mind), Buddhi (Spiritual Soul) and Atman (Universal Over Soul). The Atman is not really a human principle, but that “Great Breath” of which we are all like drops within an ocean. The organizer of this Kosmos is the Logos, “the One Great Unit – the Breath crystallized into Word.”iv

Now these Monads or Units, once they have well up as, “I am I,” in their spiritual and physical being, choose to selfishly struggle for sensation in material existence or to take an upward, spiritual path. In long periods of evolution, we have all forgotten our Divine Origin in this lifetime or previous ones. Yet every true Theosophist or spiritually aware person agrees: “In the manifold unity of universal life, the innumerable individualities distinguished by their variations, are, nevertheless, united in such a matter that the whole is one, and that everything proceeds from Unity.” (Asclepios, part I).v In spite of this inherent unity, in the present cycle The Great Master’s Letter notes that many of the current human race are on two downward paths: (1) The surrender of the intellect to bigotry and Superstition (a form of unconscious annihilation); (2) the indulgence of the physical nature to animal propensities, which denial of the Soul is annihilation pure and simple.vi

According to The Great Master, the solution to this tragedy of Kali Yuga (the Dark Age, is the Theosophical Doctrine, which is the “only true one.” By this last phrase he does not mean that other Dharma (Paths), religions, or sciences have no truth, but that they are not Universal Truth. Yet, they can be a part of this one Great Infinite TRUTH. Theosophy is a doxa, which has no dogma, and teaches Universal Brotherhood (the universal embracing humanity). It is not a religion, but the Wisdom Religion, or Religion itself. The Great Master wrote that this is the cornerstone of all future religions. Over the centuries, limited doctrines, which do not teach Unity and Fraternity, rise and fall. Yet the “mystical core” of all religions that has tried to work for the “true benefit of humanity,” abides forever. For example, the teaching of the Christian Meister Eckhart about the Godhead is almost identical to that of the Advaita philosopher Shankaracharya. In this way Theosophy allies itself with all those who seek the truth and work for the benefit of humanity. Each religion, which has a great truth at its core, is part of the Infinite Truth: UNITY. The Infinite can be divided but never be diminished.

It follows that, as Theosophists, we must not think that we are the sole possessors of truth, or that we are the only ones who act in the service of humanity. H. P. Blavatsky said that Father Damien, a Catholic priest who served the lepers on Molokai in the Hawaiian Islands, was the greatest Theosophist of the nineteenth century. In the twentieth century, many would agree that Mohandas K. Gandhi (called Mahatma Gandhi) who, although remaining Hindu, affirmed that he was one with all religions. Dr. Albert Schweitzer, a Protestant Christian, gave up a brilliant career as a theologian, philosopher, and master organist in Europe to become a medical doctor in order to help the miserable people in Central Africa who had no doctor and no hope. In the twenty-first century, one might think that the Dalai Lama, Head of the Gelugpa Order of Tibetan Buddhists, although born before the middle of the twentieth Century, is the most recognized teacher of kindness, compassion, and the embracing of humanity on the planet. In this century, no doubt a great universal teacher will be born, perhaps in the Theosophical movement, and perhaps not.

Returning to the Key to Theosophy, H. P. Blavatsky says that, if the work of Theosophy succeeds at all, that “the earth will be a heaven in the twenty-first century in comparison to what it is now!”vii As Theosophists, to implement this “heaven” in this century, we need to put aside historical and organizational differences, and recognize our unity. Otherwise, we could get caught in the trap of one organization struggling for power over the others. This unity is not only in the inherent metaphysics of nature, but also in the three original aims of the Theosophical Society: (1) Universal Brotherhood; (2) The Unity of all religions, and (3) The investigation of the mysteries of the universe behind the laws of science. We can best work together by recognizing the divine unity in all humans, and the achievement of brothers and sisters of other Dharma who have helped humanity. For this idea of fraternity to directly impact the world, as The Great Master’s Letter affirms, we must set an example, not only of unity, but also of altruism to the enlightened minds of every race, creed, and nation.

In Five Messages to American Theosophists, H.P.B. exhorts us, “Union is our strength; and for every private difference must be sunk in United Work for our great cause. “viii She also says, “Feel yourselves a vehicle of the whole humanity, and make it as part of yourselves and act accordingly.”ix Recognizing ourselves to be one Great Vehicle, we can do no better than to follow her sublime advice.