“For sixty years I have been forgetful, every minute, but not for a second has this flowing toward me stopped or slowed. I deserve nothing.” 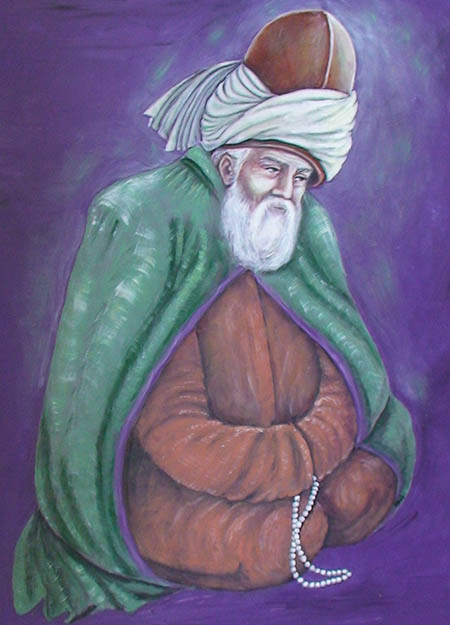 As a young person growing up I used to find humor in some of the things my parents did. One thing in particular that my father did I could never understand. I would shake my head and wonder about it. It was something simple that I later realized many parents do, but one of those things that just did not make any sense to me. What he would do was this; there were four of us kids and sometimes when he wanted to call one of us for one thing or another, he would look at the one he was calling and cycle through each of our names until he got the right one. If we were out of sight when he called, it would be the same process. This did not happen every time, but to me it was remarkable that it happened at all. How could he not immediately know my name, or my brothers', or sister's? There was no way that I would ever call for Brandon when I wanted Ed or Becky. At the time I wrote it off as one of my dad's unintentionally humorous quirks.

Years have passed since my youthful fascination with my father's behavior, and with it has come, perhaps not understanding, but at least the experience of a brain overcrowded with names, places, numbers and countless random facts. Not too long ago I realized that I had crossed a line. I was sitting in a meeting with a number of coworkers. I was going around the table introducing a newcomer to the various people in the room. When I got to one of my coworkers, someone I see and converse with regularly, I drew a blank. For the life of me I could not remember her name. I played it off with some halfway humorous ruse, so that only I really knew what had just happened, but that vacant moment where something so familiar dangled just beyond my mental grasp made an impression on me. My father's peccadilloes of memory somehow seemed quite forgivable now that I had fallen heir to them. 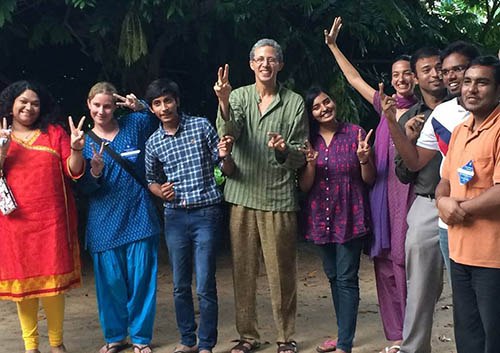 The French have a graceful way of speaking about many things, middle age is one of them. The term they use for it is “d'un certain age” - of a certain age. It is a gentle and kindly indefinite way of saying that time is moving on. When I mentioned my little blank moment to my friends of a certain age and older I got two typical responses; the first was, “it's normal”; the second was a variation of the first, “welcome to the club”. Frequently these conversations would veer off into narrations of more extreme forms of forgetfulness, Alzheimer's and dementia. Friends would tell stories of looping, repetitive conversations with parents or relatives suffering from Alzheimer's that were both painful and in hindsight funny. Hearing these types of stories had a way of putting my momentary forgetfulness into a more palatable perspective. It also set me to thinking about memory and its opposite.

In Theosophy there is the idea that the human being is “Highest Spirit and lowest matter joined by mind”. The extreme loss of memories connected with Alzheimer's has been described as an interruption, or severance of that link between higher and lower, the spiritual individuality and the personality. It is a disruption in the function of the brain as a receiver for the impulses of the mind, preventing the normal connection between the personality and its “Father in Heaven” - the spiritual self . Whatever may be the causes, in this condition the bridge of the mind that connects the personality to the spiritual is cut off leaving the person to function on habitual responses developed over the course of a lifetime.

Alzheimer's and other diseases of the brain are isolated dramatic forms of distorted memory. The spiritual traditions of the world address a more universal and pervasive level of forgetfulness. In countless ways the ageless wisdom traditions point to a process in which we are all engaged. It has been described as a path of outgoing and return, involution and evolution, or of forgetting and remembrance.

There is a story that pops up in spiritual traditions around the world. It is one of those tales that is so ubiquitous that it cannot be attributed to any historical source. It is archetypal, the heritage of the entire human race. It is told in different ways depending on the culture, place, and time that it appears. The basic storyline is this: there is a great, wise, and powerful king. Something happens to him that causes him to lose his memory. He forgets who he is and everything about his authority and position. He walks away from his throne, away from his family, ministers, counselors, and subjects. He wanders in the world outside his kingdom, having experiences, beginning a new family, working and living like the people around him, never knowing that he has another life, a different possibility. After many years of living like this something happens that restores his memory. He returns to his kingdom. Takes up his kingly duties, and rules with a wisdom enhanced by his experience in the outer world.

Variations of this story are everywhere. In the West we are most familiar with the biblical story of the Prodigal Son which depicts a journey to a distant land, a loss of memory and stature, a remembrance, and a journey home to be gloriously reunited with the father. These are grand stories that talk about a grand process. Like any truly great story it speaks at many levels from the cosmic to the personal. In the Yoga Sutras of Patanjali there is a description of the process, “the purpose of the coming together of the purusha (Spirit) and prakriti (Matter) is the gaining by the purusha of the awareness of his true nature and the unfoldment of powers inherent in him and prakriti”. This is a story of Spirit becoming involved in Matter, and evolving from Matter. On the level of the individual it is a story of the sleep, awakening, and “expansion” of consciousness. The depth of this tale is limitless, but from the point of view of the individual there is one moment in the story which is critical. It is the point at which we now find ourselves – the moment of awakening.

There is an African saying that “the disease that is hidden cannot be cured”. During the period of our spiritual amnesia there is really nothing we can do. Our unawareness ensures a blind wandering from experience to experience, feeling unfulfilled, but as yet unquestioning. However, when the moment arrives that we remember, that we catch a fleeting glimpse of the forgotten majesty of our deepest self, many previously unimagined possibilities open up for us. Among these is the possibility to “hurry home.”

One of the many paradoxes of the spiritual life is that as human beings we are future oriented, but the future we point ourselves toward is something whose fullness is ever present around and within us. Our tendency is to approach the realization of the spiritual path, the “hidden splendor”, or enlightenment as though it is the culmination of some progressive unfoldment, which in a sense it is. However, in a deeper sense the moment of enlightenment can only occur when all impulses at progress are stilled; when, in the words of the Prajna Paramita Sutra, we recognize and behave as though there is “no nirvana, no path, no wisdom, also no attainment”. So we practice. We engage in a variety of exercises to address the restless movement of the body, the emotions, and our ever active minds. We practice, compassion, kindness, generosity, patience, perseverance, harmony, equanimity, truthfulness, love, and a thousand more virtues. We practice until practice becomes irrelevant. We exert until all of the effort becomes effortless. In the words from T.S. Elliot's Little Gidding, “the end of all our exploring will be to arrive where we started and know the place for the first time.” The search ends where it began. The striving exhausts itself and our soul forgetfulness dissipates when once again we remember.

The article was previously published in Quest Magazine, Viewpoint-Summer 2013.