In The Light of Theosophy

[This article appeared in the January 2015 issue of The Theosophical Movement. For more articles published in this excellent magazine follow this link: http://www.ultindia.org/previous_issues.html] 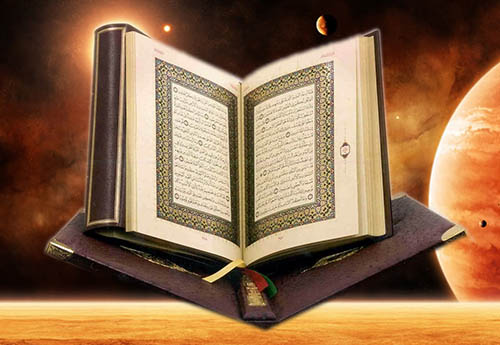 Quran: Killing of an innocent human being is like killing an entire human kind (5:32)

On December 16, 2014 a group of militants entered the Army Public School in Peshawar, Pakistan and mercilessly gunned down about 150 students and teachers. The photograph of the six members released by the terrorist outfit carried a banner in the background which read: “There is no god, but One God,” thus giving us the criterion on which to judge their act, writes Maulana Wahiduddin Khan. He points out that according to a verse in Quaran, killing of an innocent human being is like killing an entire human kind (5:32). In the light of this the terrorists killed the entire humankind 150 times over. There is a very striking verse in Quaran which carries an important message to the grieving relatives. It says: “Beware of an affliction that will not smite exclusively those among you who have done wrong” (8:25). This is an alarming verse for the relatives of the innocents who were killed. We are reminded of the fact that militancy has been going on in Pakistan for more than 50 years, but people of Pakistan remained indifferent to it because they thought that the militants were targeting others. The Peshawar killings show that in such matters one cannot remain indifferent. If one does not take necessary steps to stop it, one runs the risk of becoming its victim.

Similarly, according to a Hadith when God commanded his angels to demolish a town in which people were engaged in evil acts, the angels reported that there was a person in the town who worshipped God daily, and God’s command was to demolish the town along with that person, “as he did not try to stop his people from doing evil deeds” (al-Mojam al-Awsat, 7661). Though militancy in Peshawar had been thriving since long, the people there were indifferent because they considered themselves safe. But indifference means indirect involvement, which in God’s eyes is as bad as direct involvement.

The relatives of those killed have two choices. One is to indulge in negative thinking and thereby take the option of psychological killing after witnessing physical killing. The other option is that the grieving relatives and friends must make every effort to root out militancy, arousing people in that area to abandon violent version of Islam and adopt the peaceful version of Islam. By doing that they would have converted what could have been their minus into a plus, and make the world safer for everyone, writes Maulana Wahiduddin Khan. (The Speaking Tree, Sunday Times of India, December 21, 2014)

“Do unto others as you would have them do unto you” encourages us to become actively kind and virtuous. But, if this practice is too hard for an individual, he can make a beginning by following the advice: “Do not do unto others as you would not have done unto you.” What is painful for one is most likely to be painful for another also. The Buddha reminds us, “All men tremble at the rod [of punishment]; to all men life is dear. Putting oneself in the place of another, one should neither slay nor cause to slay.” We have to learn to put ourselves in place of another and feel his pain. It would enable us to avoid becoming the cause of another’s pain. “Inaction in a deed of mercy becomes an action in a deadly sin,” teaches the The Voice of the Silence. We are held responsible for our acts, both of commission and omission.

Since we are all interconnected on the invisible plane, we are continually helping or hindering others in building their character, not only by our actions, but also by our thoughts—for good or evil. “The indissoluble unity of the race demands that we should consider every man’s troubles as partly due to ourselves, because we have been always units in the race and helped to make the conditions which cause suffering” ("Forum" Answers, p. 55). Besides individual karma there is also collective and distributive Karma. We have contributed in making the humanity as we find it today. Family, Racial and National Karma are collective Karma which influence every unit constituting the whole through the law of distribution. Therefore, we cannot sit back in apathy, but must strive to arouse public opinion and act so as to save humanity from further degradation.

We have 947 guests and no members online