The Occult Side of Nature

The word Nature used in its widest sense, as when we speak of Great Nature, or Mother Nature, means the whole of the outside – all that is external to us – the trees, the open places, and the world of men. We do not, in fact, know what that nature is, because it presents to us something external to our perceptions. We speak of “the laws of nature,” seeing that nature always acts in an orderly way, without in fact knowing at all what those laws spring from nor what they rest in. Yet nature cannot exist of itself, by itself, and come from nothing. It must come from a sufficient cause. There must of necessity be an occult side to nature. The “sufficient cause” in reality lies upon those planes which are invisible to us, but constitute a part of nature. The invisible side is the producing side – the causal side – of what we see; all the laws noted on the visible side are really existent in and proceed from the invisible side of nature. 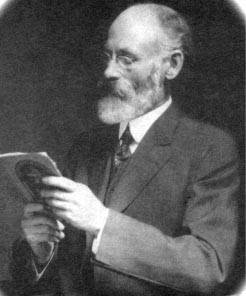 First, then, let us try to understand what composes the basis of nature – what lies behind it all. Certainly not a Creator, by whose whim or command all beings and things in nature exist and move about in their established places. THAT in which lie all powers, all possibilities, all infinitude, is greater than any Being, however high. IT is an impersonal Deity. Call the divine in all of us Spirit, if you will, the Self, or God – if you do not personify or limit or define it. This One Spirit is not divided, though it seems to be divided in all creatures, just as the Sun's rays are merely the Sun extended – they do not dissipate when the Sun disappears from our view but indraw to the Source from which they came. That which lives and thinks and perceives in each of us, and that which suffers and enjoys in each of us, is Spirit. All anyone can know of the Highest – of God – is what he knows in himself, through himself, and by himself. No outside information can bring us that perception, but only the indrawing into the very essence of our being – the center, the same center as the Great Center whence it sprang.

The laws which rule in us are not imposed by any Being or beings whatsoever. Inthe centre of every being, whatever its form, the power of action is present. Action always brings its re-action, and it is this Law – or Karma – which operates from within alike upon every individual, incessantly and unerringly. So, too, we have collective actions and reactions of all the beings of every grade that make up the world and its inhabitants. These collective actions make what we regard as the laws of the various elements and kingdoms, but they are contained in and subservient to that one universal Law of Karma, which is ethically stated as sowing and reaping.

Law rules all the time from the very first beginning in the finest radiant matter. That matter was builded by beings of all grades of every kind – beings of a world which preceded this where they had their course of evolution and from which they were indrawn again to the Centre of the Self. Then came the dawning of another Great Day of manifestation, and all those beings were there with all the potencies, the ideas, and all their past experience – once more to go forth and carry on the work which they had started. It is the action and reaction by different classes of beings which causes a change and concretion in primordial substance, and this goes on from stage to stage down through seven steps of the stairway of matter. On each plane the beings clothed themselves in the substance of that plane, and we are the beings who have come down through all those stages. There is, then, hidden within us a nature, and natures, which we have not suspected. There is something within us which is not clear to us with our present modes of perception. Yet these invisible natures are ours; they are not apart from us; we have not left them anywhere on the stairway of the seven worlds. This outside nature which we all perceive through the body and with the physical senses is only the external envelope of states and stages of consciousness hidden to the generality of mankind.

In every direction in the air about us are lives which are invisible to us. There is no vacant space – not one vacant point of space. All is life. All is being of some kind or another. We take in with every breath small lives invisible to us. All these lives are classes of beings which have their own laws – laws which pertain to their own actions and reactions in kind. But to understand our own natures, we must understand the laws which operate upon those planes of being of which we are a part and on which none of us is separate from the others. This immense knowledge is back of us and within us and to be regained. There is always a high and a low expression. There is a full and an incomplete expression. The fullness of our expression is upon the highest plane; the incompleteness of our expression is on this lowest plane. We have touched the bottom of the stairway, plus all the experience gained; but if we are to reach that state from which we have descended, without any misstep, we have to understand the real occult laws which rule all the different stages of our being.

A knowledge of occult laws makes it possible for a man to do good in any direction he chooses without raising a finger – or, also, to do evil. The means by which either the evil or the good is done is always a control of invisible beings – messengers for the man who knows how to use them and who understands them. All he has to do is to lose that power within himself which propels those beings to execute his mission, whatever it may be. Those powers, let it be known, lie sleeping in the sheaths of every man, and in the human body – for this body which we now possess is formed under the same laws as those of the solar system, and there is not an organ in it which does not correspond with someone or other of the celestial mansions, with some sheath or plane of consciousness, and with all the powers belonging to them. We have to ask ourselves if we are ready to accept the responsibility which a knowledge of these laws implies. Could we trust ourselves to have these laws imparted to us – laws which are set into operation merely by our thinking and feeling?

To use these powers rightly, a universal attitude must be held, and all actions based upon that universal nature. The philosophy of Theosophy presents that universal attitude and basis, showing that each one is the SELF; each one looks upon all others and gathers from all others what he may of understanding and of knowledge; each one must act for that SELF and as the SELF, which includes all other selves. So acting, all ideas of selfishness, of personality, of desire for reward, of fear of punishment, leave us; defects are corrected, and the whole force of what we may call nature in its fullest sense comes into play; all the great powers of nature flow into the one moving in that direction and from that basis. We shall come to understand all laws; for, as we progress, those laws exhibit themselves spontaneously within us. There is nothing hidden for the one who works on and with nature; with the interests of all, he has the force of all.

The miracles of Jesus – transforming water into wine, raising the dead, operating where his body was not – were all part of his occult knowledge. Everyone who moves along that universal line learns the operation of these laws. H. P. B. and W. Q. J. did as wonderful things, and even more wonderful things than were ever recorded of Jesus. They knew the occult laws of nature. They knew the workings of occult law in themselves and therefore in all other natures. These powers are latent in every human being-not peculiar to some great ones. H. P. B. and W. Q. J. knew the story of “Give up thy life, if thou wouldst live.” If we would live the life of a spiritual being, then all these sheaths of ours – this body and all – would be at our service. Possessing everything, we would want nothing. We should be able to do anything, but we would use no powers for ourselves. Just as we have to live Theosophy if we are to know the doctrine, so we have to “live the life” if we are to know its laws.

The minor laws by which phenomena are produced on this plane are a small part of occult study in its universal aspect. For in it lie every science, all the laws and all the powers of all, all the planes of existence and all the states of consciousness that ever have been. We are never alone. Always in some of our sheaths, bodily or bodiless, we are connected with other beings, other stages and states of substance and other planes of consciousness. Never can we be lost in that sense. But we may suffer, and suffer immensely, through making a mistake in regard to our own natures and acting with the power of our spiritual nature along false lines, creating, as the ancients said, “the black doves of death and sorrow.” It is for us to arouse ourselves to take the path pointed out, to test it for ourselves. Then, only, will each one know the truth about himself and about all other beings; then, only, will he gain what we all seek – the power to be a beneficent force in nature.