In The Light Of Theosophy

[This article appeared in the September 2014 issue of The Theosophical Movement. For more articles published in this excellent magazine follow this link: 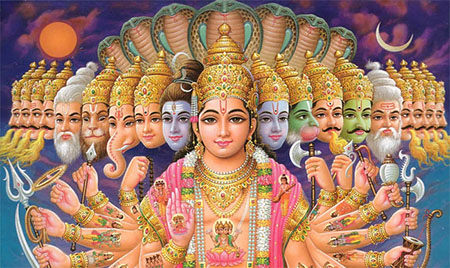 The words “Hindu” and “Hinduism” mean different things to different people. For the Rashtriya Seva Sangh (RSS) chief, Mohan Bhagwat, all those who live in Hindustan are Hindus. For RSS activist Dinanath Batra, Hindu is a crusading word, evoking a campaign against Macaulayite secularists who have monopolized Indian thought and education. The word “Hindu” denotes the opposite of the rootless and the westernised. Sangh activists like Batra believe that it is their dharma (duty) to restore Hindu sanskriti (culture) to the school curriculum. After thousands of years of globalization, how shall we define “Indian” and “western”? Amartya Sen pertinently asks, “Does the use of penicillin amount to westernization? Is tea non-Indian because it was brought to India by the British?”

Education is not about providing the right texts to create ideal Bharatiya/Hindu citizens. “Education is how we acquire knowledge, how we learn to ask questions. One of Hinduism’s greatest inheritances is the pride of place given to the questioner,the free thinker, the reformer, the iconoclast,” writes Sagarika Ghose. Vaad, vivaad samvad [debate and discussion] have always been part of Hindu traditions. Buddhism and Jainism have always questioned religious orthodoxy, so also, Bhakti (devotional) saints have questioned the role of priests, of caste and of elaborate rituals. Arjuna asked questions before fighting the battle, and in the Upanishads, we have Gargi who fearlessly challenged her guru Yajnavalkya to a debate. Hinduism’s religious democracy has created numerous reform movements: the Arya Samaj, Brahmo Samaj and the Swadhyay (self-study) movement of Pandurang Shastri. Scholar and author Jonardon Ganeri says, “What defines Hinduism is its polycentricity, multiple centres of belief and practice….Hinduism is a banyan tree…under which a great diversity of thought and action is sustained.” In the present day, however, we find the true spirit of Hinduism, that of freedom of thought, being stifled. Instead, there is an atmosphere of fear, bans,diktats created by orthodoxy, an orthodoxy unknown in that glorious multiplicity known as sanatana dharma, writes Ghose.

“Indianising education should mean to create the questioning spirit of Gargi, of Arjun, of Shastri, of Ram Mohan Roy, who questioned fearlessly. Hinduism has always stood for intellectual freedom….It is in fact decidedly un-Hindu to ban, to exclude and to suppress any form of knowledge,” writes Ghose. (The Times of India, August 20, 2014)

It appears that the word ““Hindu” is a geographical term and did not refer to a “religion.” The word “Hindu” is derived from the Sanskrit word Sindhu, which was the word used by the Persians to refer to Indus river, which flows partly in India and partly in Pakistan. Hence, the term “Hindu” was used to denote all those people who lived beyond the river Indus, and the religion practiced by them was Hinduism. “Eventually ‘Hindu’ became virtually equivalent to an ‘Indian’ who was not a Muslim, Sikh, Jain or Christian, thereby encompassing a range of religious beliefs and practices,” writes Gavin Flood.

Theosophy teaches that before the Vedas existed, there was Wisdom-Religion or the Bodhi-Dharma, which was the source of Brahmanical lore. Properly speaking, the title of “Eternal Religion” could be given only to the Mother Source of all religions, viz., Theosophia or the Wisdom-Religion; but of all the exoteric faiths, Brahminism, we might say, is the first-born of the Aryan family of religions, and bears a very close resemblance to the Mother, and that is why the Hindus call theirs the Eternal Religion or Sanatana Dharma. H.P.B. called India, or ancient Aryavarta, “the Almamater” or cradle, of not only civilization, arts and sciences, but also of all great religions of antiquity (Isis, II, 30). We are told that people of ancient Aryavarta were often described as Eastern Aethiopians or dark-skinned Aryans. “Babylonian civilization was neither born nor developed in that country. It was imported from India, and the importers were Brahmanical Hindus.” (Isis, I, 576)

“It is a well-known fact that even in extant Hinduism, every soul finds its own especial nourishment. From fetishism, through polytheism and pantheism to the highest and the noblest concept of Deity and Man—in Hinduism the whole gamut of human thought and belief is to be found. For every class of worshipper and thinker Hinduism makes a provision; herein lies also its great power of assimilation and absorption of schools of philosophy and communities of people. And another aspect of this phase consists in the power old India wields in impressing the mind of distant countries, and moulding the heart of foreign cultures. To the real India there are no aliens, for whatever others believe and think is to be found in some phase of Hindu religious philosophy. Of her spiritual commonwealth it can truly be said that it encompasses the whole world. There is not a philosophy, a science or a magical art of Chaldea, Persia, or Greece whose original counterpart cannot be traced to some Sanskrit source.” (Theosophy, May 1931)