Theosophical Knowledge and the Path of Understanding and Wisdom

Robert A. Pullen — the Netherlands 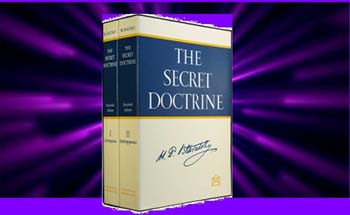 For one who pages through The Secret Doctrine of H. P. Blavatsky, it is almost impossible not to be impressed by the incredible amount of knowledge that the book has to offer. Fragments of it can be found in old legends and philosophies around the world — behind the veils of exoteric religions, woven into religious traditions and expressed in the symbolism of old cathedrals, temples, and other religious structures. Religion has always played an important role for many peoples, in ancient times as well as in the present day. In Blavatsky’s The Secret Doctrine, all of this is put into perspective against the background of the origin of human existence in relation to the evolution of life as a whole on planet Earth. The book also paints a picture of the forces behind it, including human beings who were (and are) able to possess such knowledge through special training. That knowledge exists, not only in a tangible and transferable form as in Blavatsky’s work, but also as a living proof of what a human being is able to know and be if he has completely aligned his life with the flow of the inner Nature and the natural laws associated with it.

Blavatsky called her contribution to her magnum opus “the ribbon that binds the flowers together”; the bouquet was handed to her by her teachers, two adepts from the Brotherhood of Wisdom and Compassion, who possessed unimaginable knowledge of the evolution of the Cosmos and humanity on our planet from the earliest of times. That knowledge cannot easily be compared to any ordinary information. It does not occur in the history known to us — except in a veiled and a mythological form — and surpasses the boundaries of the material world known to us. It paints a picture of the relationship between Time, Space and Duration of the Cosmos in such an authorative manner that no normal human being is capable of countering it with valid arguments, no matter how well educated or intelligent one is. It is the authority of people, almost Buddha-like, with a cosmic consciousness in the true meaning of the word.

The extraordinary knowledge that one finds in The Secret Doctrine, if one devotes oneself to studying it, has an extraordinary effect. The spectrum that unfolds itself regarding the evolution of Man and Cosmos, uncovers a primordial memory in the consciousness of people. It is like being confronted with something that one has known long ago, but that has deeply sunk into one’s memory. In essence, studying TheSecret Doctrine is studying one’s deepest Self, because we are all inextricably linked with all cosmic processes. The images that are invoked by study are archetypical ground patterns that we, as evolving beings, have experienced from the beginning of time. We see and read the history of our own souls. This leaves an indelible impression on our consciousness and invokes all sorts of cosmic memories. Once that link has been established, this connection sets free elevated feelings and thoughts inside us. We have recognized the parental home of our soul, and we want to go back to where we came from. From that point on we want to let others also know this, and we want to share our insights with others who are open to our views. In fact, we want to share this with the entire world, with all people. Doing so, however, is a very lengthy process. We cannot release the human collective of this world from its materialistic cocoon; it must redeem itself. What is possible is for us to proclaim uninterruptedly the knowledge of the laws of nature in various forms, to see to it that this knowledge is available in its purest form at all times. But we can never convince someone else. One has to convince oneself.

A good question to ask would be what is understood by proclaiming the special knowledge that is found in The Secret Doctrine. Reprinting standard reference works, offering lectures, organizing study groups and courses? Is that enough? No, it is not. Spreading Theosophy is a combination of two things. One is transferring knowledge, as is being done already, while constantly evaluating whether this is being done in the most efficient way. The other, and most important thing is the way we live and how we are visible to others through our acts and thoughts, which are a reflection of a Theosophical attitude to life. For that purpose, we must we must lead a disciplined life. Many personal flaws must be unlearned and replaced by virtues such as patience, mildness, empathy, and compassion. It is of the utmost importance that we impose this discipline only on ourselves, and not on others. To call upon others, we should set a right example ourselves, silently. It is maybe even more important that we learn to develop love for all life around us. Everything is an expression of the divine on a certain level of consciousness, even so-called dead matter. Everything has its own dharma and karma. One can find support for this truth by reading the statements of Jesus in the Sermon on the Mount, of Krishna in the Bhagavad Gîtâ and of Buddha in the Dhammapada. Those are works that call straight to the heart. No matter how well prepared a lecture is, actually being an example of that of which one speaks highly is always the best message one can convey because it has a living appeal. The great teachers behind the work of Blavatsky, the Mahatmas, were and are the best example of this. Everyone who has seen their portraits is deeply impressed by the dignity and great spiritual power they express. They are living examples for all who want to align their lives with cosmic law and wish to commit themselves to the necessary conditions and training. However, the teachings of the eye and the teachings of the heart must be balanced. Both are essential to get to the whole, to understand, and to live life according to Theosophical principles.

However, truth, as such, can never be found in any doctrine, because everything that is expressed through thinking, in speech, writing or any other outward expression, is always a restriction, even a mutilation, because it is dual. Even if (as Blavatsky told her students) “one imagines that one is going to get a satisfactory picture of the constitution of the Universe from the S.D. one will get only confusion from its study. It is not meant to give any such final verdict on existence, but to LEAD TOWARDS THE TRUTH.” In other words, The Secret Doctrine was written to develop intuition, not to cultivate “Theosophical professors.” As Blavatsky states: “It is worse than useless going to those whom we imagine to be advanced students and asking them to give us an ‘interpretation’ of the S.D. They cannot do it. If they try, all they give are cut and dried exoteric renderings which do not remotely resemble the Truth. To accept such interpretation means anchoring ourselves to fixed ideas, whereas Truth lies beyond any ideas we can formulate or express” (H. P. Blavatsky, An Invitation to The Secret Doctrine [Pasadena, CA: Theo­sophical University Press]).

Studying The Secret Doctrine therefore means that ultimately we should give up the images that we develop concerning the evolution of the cosmos during our process of spiritual unfolding, because no image that we develop can ever express or come close to REALITY. That gives another dimension to studying The Secret Doctrine and asks for another approach to these potent writings. Whatever we learn from The Secret Doctrine, we must ultimately reject every image that we create about it, because when we finally enter the worlds and spheres that are discussed in The Secret Doctrine, no image will correspond to those we will have constructed with our thinking capacity. Our thinking and our images serve only as a bridge to lead us into the worlds in which no form exists, the buddhic region, beyond thinking, where time, space and duration congregate in an everlasting now, unveiled, the experience of the universe as Tat Tvam Asi, “You are THAT,” the ultimate experience of UNITY of EVERYTHING that exists.

We have 995 guests and no members online