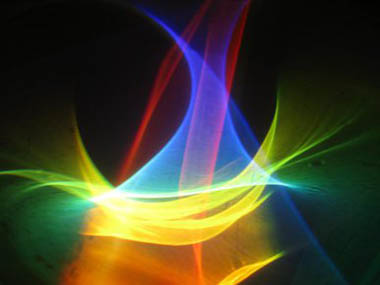 Introduction. The West can be viewed, not as a geographical area, but rather as a cultural complex, consisting of Europe and other places around the globe that derive their culture from that continent. Those places include the Americas, Australia, New Zealand, South Africa, and other localities whose primary culture comes directly or indirectly from Europe. History, in turn, can be seen, not as merely a series of political, military, or economic events, but rather as a sequence of interrelated major cultural movements. History in this sense is less a matter of actions than of the mind – intellectual history. From such a combined standpoint, the history of the West can be perceived as seven major cultural movements that succeed one another in time, each having one of the seven Rays dominant in it. Other important movements certainly have existed, but the seven considered here are notable for their correlation with the theory of the seven Rays.

Seven Movements and Seven Rays. The seven Rays are metaphors for talking about seven types of universal energy that manifest in distinct values, characteristics, and behavior. We can characterize them briefly, and thus only inadequately, as follows. Ray one is self-reliance, power, and assertiveness. Ray two is compassion, intuition, and equality. Ray three is humanism, understanding, and purposefulness. Ray four is harmony, vitality, and artistry. Ray five is objectivity, science, and causation. Ray six is devotion, obedience, and hierarchy. Ray seven is ceremony, tradition, and occultism. Below is a chronological list of the seven cultural movements mentioned above, with their corresponding Rays.

Ray four. The history of the West starts in Greece. Why? History is basically a story of what has happened, based on records from the times of those happenings. In the West, records begin in ancient Greece, where the first European writing originated. Greek culture, or Hellenism to give it a handy label, was remarkably diverse. It showed strong influences from all seven Rays. First Ray power is apparent especially in Alexander’s expansion of Hellenism through much of western Asia and Egypt. Second Ray inclusiveness was a hallmark of Athenian democracy. Third Ray philosophy is dominant in Hellenic philosophers, notably Socrates, Plato, and Aristotle. Fifth Ray influence is apparent in the early scientific philosophers, who put emphasis on numbers and observation and established by experimentation the fact that the earth is round rather than flat. Sixth Ray influence can be seen in the militarism of Sparta (sixth Ray is devotion – not just religious devotion, but that in any activity). Seventh Ray influence is strong in the Mystery traditions, such as the great one at Eleusis. The very fact of that multitude of Ray influences in Hellenism points to its dominant Ray, the fourth, the Ray of harmony, moderation, and art. One of the phrases said to have been carved into the stones of Apollo’s temple at Delphi was meden agan “nothing in excess”; notably, Apollo was the sun god, and the sun is the planet of the fourth Ray. Also typical Western art began in Greece, where, for the first time in human history, the human body was depicted fully and realistically. The fourth Ray is the central or nodal one of the seven. Hellenism was the nodal seed from which Western culture grew.

Ray one. The next great phase in Western culture what that of Roman law. Rome early assimilated its culture to that of Greece, by adopting much of Hellenism, for example by equating its native gods with those of the Greek pantheon. But Roman first Ray expansionism was notable in and after the Punic wars of the third and second centuries B.C., as a result of which Rome became, not just an Italian, but a Mediterranean power. Rome was one of the world’s most successful empires because it was ruled by law and combined tolerance and inclusiveness with a strong assertion of cultural identity and power (Amy Chua, Day of Empire: How Hyperpowers Rise to Global Dominance – and Why They Fall, 2007). Law and power are first Ray characteristics. Rome was not just a city, but a concept that outlasted the original rule from the city and continued as the Holy Roman Empire through the Middle Ages and into the early Modern period. Roman law became the basis for European order for more than two millennia. An old Latin saying is Ex oriente lux, ex occidente lex, “From the East – light, from the West – law.” Light and law are the two great guideposts for human behavior, one spiritual and the other secular.

Ray six. The sixth Ray became dominant in Europe after the spread of Christianity by missionaries like St. Paul in the first century after Christ, leading to its eventual establishment as the state religion of the later Roman empire. Christianity has continued as a central, if often controversial, influence in Western culture to the present day. Judaism, Christianity, and Islam are the three Abrahamic religions, and all three are strongly sixth Ray. That Ray is associated with devotion, often equated with quiet contemplation, but it also includes obedience in all forms. Abraham was obedient to God, even to a willingness to sacrifice his own son on being commanded to do so. Jesus prayed in the Garden of Gethsemane before his crucifixion, “O my father, if it be possible, let this cup pass from me: nevertheless, not as I will, but as thou wilt” (Matthew 26.36). And “Islam” means “submission.” Sixth Ray obedience includes also that of the military, so it is not surprising that Jewish scripture is full of battles, Christianity had its Crusades, and Islam was extended by military conquest.

Ray seven. Hermeticism came into Western culture in the third century by the translation into Greek and then Latin of a number of Egyptian texts known collectively as the Corpus Hermeticum. In Europe, it adapted to Christianity and has had a persistent, if often subliminal, influence on Western thought through the work of the fifteenth-century Neoplatonists Marsilio Ficino and Giovanni Pico della Mirandola, the sixteenth-century occultists Heinrich Cornelius Agrippa and Giordano Bruno, seventeenth-century Rosicrucianism, and eighteenth-century Freemasonry. It was reenergized in the nineteenth-century Occult Revival. Hermeticism includes such practices as alchemy, astrology, magic, and other occult activities, as well as theology and philosophy. It has been one of the chief Western expressions of the Ancient Wisdom, as also are Theosophy and Gnosticism. Like Theosophy, Hermeticism is world-affirming; and like Gnosticism, it emphasizes practices associated with its theory.

Ray three. The Renaissance of the late fourteenth through the seventeenth century has radiated in its effects to our own time. As the term implies, it was a rebirth of earlier values, ideals, and practices – specifically of classical Greece and Rome – and was stimulated by Hermetic interests in ancient manuscripts. Its focus was on humanism (centered on human values and interests, as distinct from the supernatural), especially in art and literature, but also more widely in philosophy and culture generally. It valued scholarship and the experience of this world as opposed to supernatural matters. Its ideal was the Renaissance man, that is, a person like Leonardo da Vinci, with widespread interests and accomplishments. Those Renaissance characteristics identify it as a third Ray movement, the archetypal figures of which are the philosopher and the philanthropist. The typical third Ray sage is Confucius, who, when his disciples asked about life after death, replied that they did not yet know how to live, so why should they be concerned about what comes after.

Ray five. The Scientific Revolution was a sixteenth-century movement that is still very much in progress. Its early practitioners include such notables as Copernicus, Paracelsus, Bacon, Descartes, Galileo, and Newton. It began in the bosom of the Renaissance but developed its own distinctive characteristics. The scientific method involves recognizing and clearly defining a problem, collecting and analyzing data with a bearing on that problem, formulating a hypothesis based on the data to account for the problem, and then testing that hypothesis in ways that can be replicated by others. Science deals with publicly available and quantifiable data, not with private perceptions or qualitative judgments. The characteristics of the Scientific Revolution are those of the fifth Ray, which is that of the scientist and technologist. It focuses on causes rather than purposes, is quantitative rather than qualitative, and values accuracy above imagination.

Ray two. The Enlightenment was an eighteenth-century movement that valued human insight and abilities in all areas: social, economic, political, scientific, and religious. It recognized the fundamental goodness of human nature and the ability of human beings to perfect themselves. It was deistic, that is, believed in natural religion rather than organized churches, held moral actions to be more important than doctrinal creeds, and maintained that the intelligent but impersonal creative force of the universe does not interfere with natural law. The Enlightenment grew out of the Scientific Revolution and the Renaissance. It came to the fore and was profoundly influential in the eighteenth century. The Enlightenment’s most significant contribution to Western thought is its doctrine of Natural Rights. That doctrine maintains that every person has certain rights, not granted by any government or authority, but simply by virtue of being human and that these rights cannot be abridged. This doctrine was articulated by the English philosopher John Locke and was the basis for the actions of such American Founding Fathers as Samuel Adams, Tom Paine, and Thomas Jefferson; it is embodied in the Declaration of Independence (1776) in the words “We hold these truths to be self-evident, that all men are created equal, that they are endowed by their

Creator with certain unalienable Rights, that among these are Life, Liberty and the pursuit of Happiness. That to secure these rights, Governments are instituted among Men, deriving their just powers from the consent of the governed.” It also underlay the French Declaration of the Rights of Man (1789) and the UN’s Universal Declaration of Human Rights (1948). It is arguably the greatest concept ever to have arisen in the Western world and is a major feature of the Wisdom of the West. The Enlightenment and Natural Rights are both second Ray because of their emphasis on equality and the intuitive perception of human rights, as well as their implication of compassionate fellow-feeling and networking in contrast to hierarchy and authority.

Conclusion. The theory of the seven Rays is widely used as a typology for personality types. As such, it is similar to, though more complex than, the Hindu threefold categorization of tamasic, rajasic, and sattvic; or William Sheldon’s somatotypes of endomorph, mesomorph, and ectomorph; or Carl Jung’s eightfold categorization of thinking, feeling, sensation, and intuition, each with both introverted and extraverted subtypes. However, the seven Rays are applicable to much beyond personality. Indeed, the Theosophical tradition sees them in everything in manifestation, making possible extensive correlations throughout nature. Here they have been applied to seven important movements in the intellectual history of the West. But their applications are limitless. As applied to Western intellectual history, they show that the West includes all universal values, framed in its own distinctive way, and that the Wisdom of the West deserves as much attention and admiration as the Wisdom of the East. Those two cultural poles together constitute the Wisdom of Humanity.

We have 512 guests and no members online