After the arrival in India of the two Founders of the Theosophical Society, that land became the center of Theosophical activity and has remained so ever since, at least in the sentiments of Theosophists around the world. In fact, other countries have developed more innovative methods of disseminating Theosophy than the traditional lecture-discussion format that characterizes the meetings of most Theosophical Lodges. However, the ambience of the Theosophical Society is intimately linked with India, in no small measure because of the activities of the two Founders in that land. 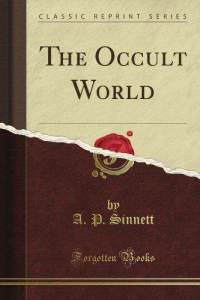 In 1879 Madame Blavatsky and Colonel Olcott went on a tour in the north of India and were warmly welcomed everywhere. In Allahabad they stayed with Mr. and Mrs. A. P. Sinnett, both of whom joined the Society. Mr. Sinnett was editor of The Pioneer, then India’s foremost English-language newspaper, and he had willingly offered to publish any interesting facts about their work. The connection of the Society with British India through Sinnett was an important one in several ways, not least because of Sinnett’s interest in the Theosophical Masters, which led to his correspondence with them, resulting first in his books The Occult World (1881) and Esoteric Buddhism (1883), as well much later in a central work of Theosophy: The Mahatma Letters to A. P. Sinnett from the Mahatmas M. and K.H (1923).

Finding their postal correspondence becoming too heavy, Blavatsky and Olcott founded The Theosophist magazine, the first issue of which appeared on 1 October 1879. In November of 1879, a meeting was held to celebrate the Society’s fourth anniversary, at which three hundred guests were present. During that same year Blavatsky began to outline a book that was advertised as “The Secret Doctrine, a new version of Isis Unveiled.” Work on that new volume, however, was not to proceed until considerably later, and its publication did not occur until 1888.

In 1880 Madame Blavatsky and Col. Olcott visited Ceylon (now called Sri Lanka) and were enthusiastically received by the Buddhists of the island, which included most of its inhabitants. They drew round themselves practically all the chief priests of Ceylon and formed the Buddhist Theosophical Society in that land.

Olcott became greatly concerned about the ability of Ceylonese Buddhists to practice their religion freely. The British governor of Ceylon, trying to promote Christianity on the island and to discourage the public celebration of “pagan” practices, had forbidden Buddhist public processions, which had long been customary on special Buddhist holy days. Olcott, relying on his American reputation, went to the Foreign Office in London to protest such discrimination on religious grounds. He was successful, so the right to hold religious processions in Ceylon was restored.

On his return to the island, Olcott also went all around the country founding Buddhist schools for Ceylonese children, whose formal education had been restricted to Christian missionary schools. As a result of such actions, Olcott became a national hero in Ceylon, where his statue is in the main square of the capital city, Colombo; his birthday became a national holiday; and his image has appeared repeatedly on postage stamps. No other non-Ceylonese has ever been so highly regarded and honored.

Although Colonel Olcott was the lecturer and organizer, the phenomena of Madame Blavatsky caused her to be the chief attraction throughout India. When in Simla in 1880, she gave striking demonstrations of her powers, they were reported and discussed throughout India and elsewhere. Those phenomena are described in A. P. Sinnett’s book The Occult World, published in 1881. At that time, while Blavatsky remained in Bombay to edit The Theosophist, Col. Olcott went on another tour in Ceylon.

In 1881, Olcott published his Buddhist Catechism for educating Buddhist youngsters in their religion and founded a Buddhist Educational Association. That catechism has never been out of print since its first publication and is still widely used as a basic introduction to the religion. It is faintly ironic but eclectically appropriate that the best and most widely used introduction to Buddhism is in a format characteristic of Christian instruction, both Protestant and Catholic.

In 1882, the two Founders undertook further tours in India. Col. Olcott again visited Ceylon, where he cured a paralytic person, thereby discovering his remarkable healing powers, of which he had had earlier only slight acquaintance in the form of mesmeric passes, which he had used on a few occasions. For a few years he cured many others with extraordinary success. Finally, however, he was advised by his master to give up such healing activities, as he was being called upon too frequently to exercise them and the strain on him was too great.

Meanwhile in that same year, Madame Blavatsky went on a visit to Simla and from there journeyed into Sikkim to meet the two Masters who were the “inner founders” of the Society. The seventh Anniversary of the Society was held in Bombay with thirty-nine branches or lodges participating. Blavatsky and Olcott then left Bombay to establish a new permanent international headquarters for the Society in Adyar, Madras (now called Chennai). A history of that event entitled “Leading Them to a Vision” by S. Muthiah was published in the Hindu newspaper for October 22, 2007.

“A reader who rather belatedly caught up with my item on Huddlestone Gardens (Miscellany, May 21), recently sent me an article by C. V. K. Maithreya which narrates how the brothers Soobiah and Narasimhulu, the sons of Justice Muthuswamy of Salem, had ‘invited’ Blavatsky and Olcott to visit Huddlestone Gardens, which was up for sale at the time. When they got there, Mme Blavatsky had ‘an inner call to establish the international headquarters of the Theosophical Society at the place.’ With the help of Iyaloo Naidu and Justice Muthuswamy the sale was put through and the Theosophical Society put down roots on the banks of the Adyar. Soobiah, Maithreya, . . . was called by Blavatsky as her ‘son’ and he was present by her side at all the subsequent purchases that were made to expand the Huddlestone Gardens property.

“Soobiah who was one of the founders of the Young Men’s Indian Association, was an officer in the Department of Sea Customs. Despite his official position, he involved himself with Annie Besant’s Home Rule movement. When Gandhiji visited Adyar, it was Soobiah who showed him around. Justice Muthuswamy, for his part, was associated with The Pioneer of Lucknow, edited by A. P. Sinnett, through a mutual friend, the Theosophist, Alan Octavian Hume.

“In April 1882, Soobiah, the spiritualist in the family, Narasimhulu, their father and other family members enrolled themselves as members of the Theosophical Society. Today, the sixth generation of the family is represented in the Society’s membership by Upasika and Aditi Maithreya. With an unbroken line of membership through six generations, Justice Muthuswamy’s family is the oldest family associated with the Society.”