Compassion and the Golden Age of Heroes

Why does [government] always crucify Christ, and excommunicate Copericus and Luther, and pronounce Washington and Franklin rebels?

Heroic efforts can be contagious. Dr. Leander Starr Jameson led a raid against the Boars in South Africa’s Transvaal in 1896. The raid was covertly supported by the British Government only to be condemned publicly when it failed. Jameson was imprisoned for 15 months. Nevertheless he returned to South Africa after his release and became Prime Minister of the Cape Colony in 1904. An Indian born writer met him, was inspired by his example, and wrote about the personal qualities that made him unique. 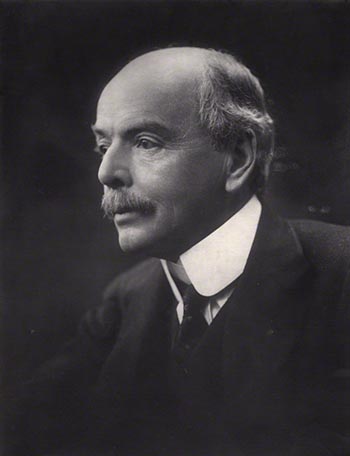 Some of the challenges and hallmarks of our age include greed, violence and environmental degradation. How can we most effectively challenge and overcome them?

H. P. Blavatsky states in her introduction to Isis Unveiled that her work is a plea to recognize the Hermetic philosophy: “…the anciently universal Wisdom Religion, as the only possible key to the Absolute in science and theology.” (Isis Unveiled, Preface, p. vii)

That philosophy included the works of Plato. H. P. B. goes on to say only a few pages later: “It is the Platonic philosophy that can alone afford us the middle ground [between science and religion]. (Ibid., p. xi) Or as the transcendentalist, Ralph Waldo Emerson but it: “Out of Plato come all things that are still written and debated among men of thought.” (Representative Men) 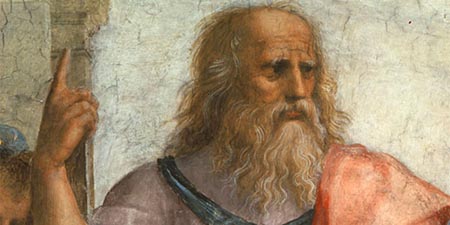 Plato was an idealist who believed that ideas rule the world. That sentiment has been echoed more recently by the hard-headed economic theorist, John Maynard Keynes when he concluded his General Theory of Employment, Interest and Money with these words: “I am sure that the power of vested interests is vastly exaggerated compared with the gradual encroachment of ideasSoon or late, it is ideas, not vested interests, which are dangerous for good or evil.” (Harbinger, 1935 (1964), pp. 383-4)

Theosophy provides a unique historical perspective by encompassing a vast scheme of human evolution covering some 16 million years since the incarnation of self-conscience mind, the separation of the sexes and the origination of language. (The Secret Doctrine, Vol. 2, pp. 191et seq.)

This past as outlined in The Secret Doctrine suggests that the values of patience and determination are essential aids to our individual and collective welfare.

The nature of mind is dual. H. P. B. writes: “…Self-consciousness belongs alone to man and proceeds from the SELF, the higher Manas…between the psychic and the noetic, between the Personality and the Individuality, there exists the same abyss as between a ‘Jack the Ripper’, and a holy Buddha.” (“Psychic and Noetic Action,” Lucifer, October-November 1890. As constrained by karmic law we can choose to identify with and act from either the higher or lower aspect of this principal.

In so choosing we can set in motion each hour of each day our thoughts so as to determine our actions, habits and destiny.

So it is that the third fundamental proposition given in The Secret Doctrine states that: “…The pivotal doctrine of the Esoteric philosophy admits no privileges or special gifts in man, save those won by his own ego through personal effort and merit throughout a long series of metempsychosis and reincarnations.” In other words human evolution is driven by self-induced and self-devised efforts, checked by karma. (The Secret Doctrine, Vol.1, p. 17)

This is, as the Bhagavad-Gita puts it, our “glorious unsought battle.” The failure to engage in that battle leads to despondency (see Bhagavad-Gita, chapter 1, The Despondency of Arjuna) and defeat as illustrated in this cartoon from The New Yorker: 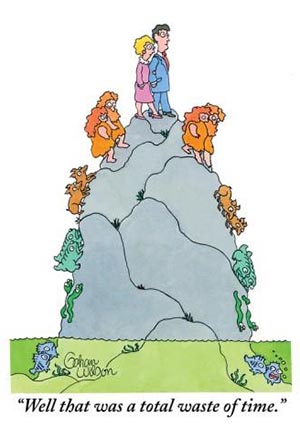 Bridging the gap between theory and practice requires an understanding of both ourselves and the world in which we live. Henry Ford recognized that we create our own reality when he said: “Those who say they can and those who say they can’t are both right.”

The world operates under cyclic law. Among those laws that effect our ability to work together are ages of greater and lesser spiritual influence.

Plato states that in a golden age the polis—a community of people living together—is best ruled by a philosopher-king: “Unless…either philosophers become kings…or…kings and rulers take to the pursuit of philosophy seriously and adequately, and there is a conjunction of these two things …there can be no cessation of troubles…for the human race…there is no other way of happiness either for private or public life.” (Republic, Book V, 473d-e)

But in an iron age the checks and balances of a democratic system are the most fair due to a prevalence of greed and distrust. “… [I]f all…are unprincipled the best thing to do is to live in a democracy.” (Statesman, 303b)

We’ve recently ended the first 5,000 years of Kali Yuga. Plato says of this age: “…as time goes on and forgetfulness of God arises in it, the ancient condition of chaos also begins to assert its sway. At last, as this cosmic era [i.e. Maha-Yuga] draws to its close, this disorder comes to a head. The few good things it produces it corrupts with so gross a taint of evil that it hovers on the very brink of destruction, both of itself and the creatures in it.” (Statesman, 273d-c) We have 427,000 years left before we return to a golden age (The Secret Doctrine, Vol. 2, p. 483).

Our efforts are four times more potent in this age, a unique characteristic which constitutes but one tenth of an entire maha-yuga.

In this regard William Q. Judge, one of the founders of the Theosophical Society with H. P. B. wrote: “We can get great comfort from the theory given out at various times, that in Kali Yuga a small effort goes father for results than the same when made in a better Age. In the other Ages the rates of all things are slower than in this; hence evil now seems quick; but in the same way good is also much quicker in effect and reach than in a slower time.” (Path, 1894)

Because cooperation is so difficult concerted individual effort can make this challenging time the “Golden Age of Heroes.”

There is an implicit recognition that we live in such an age by the masses who flock to literary and mass media examples of such heroes. 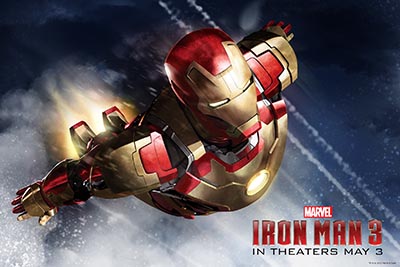 Heroic action is always constrained by the limitations imposed by the world in which we live. Consequently, the third fundamental, the “pivotal” doctrine of self-determination, is indissolubly linked to the second, universal law. Hence reincarnation and karma are the twin doctrines of hope and responsibility.

But above all heroic action requires compassion. Plato asks: “…what is the meaning of the word hero?” And he answers: “…the name signifies that they were born of love… [and] are demigods. Think of the word in the old Attic, and you will see better that the name heroes is only a slight alteration of Eros, from whom the heroes sprang.” (Cratylus, 398c-d)

What is compassion? H. P. B. begins by telling us what it is not: “Compassion is no attribute” she says. “It is the law of LAWS—eternal Harmony, Alaya’s SELF; a shoreless universal essence, the light of everlasting Right, and fitness of all things, the law of Love eternal. The more thou dost become at one with it, thy being melted in its BEING, the more thy Soul unites with that which Is, the more thou wilt become COMPASSION ABSOLUTE. Such is the Arya Path, Path of the Buddhas of perfection.” (The Voice of the Silence, 1892, pp. 58-59)

There are also many examples of such heroic action in real life including: 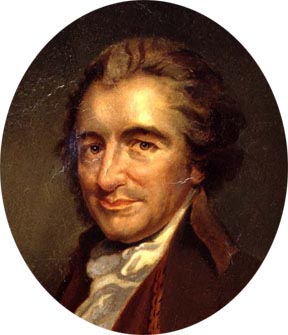 Thomas Paine, pamphleteer and writer, who President Washington called the single man most responsible for the success of the American Revolution 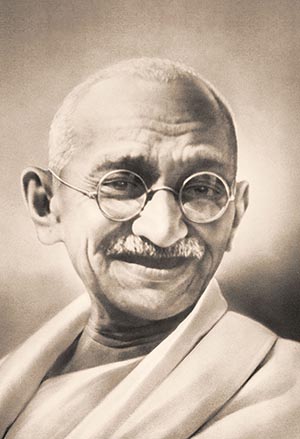 Mohandas Gandhi, apostle of non-violence and father of modern India 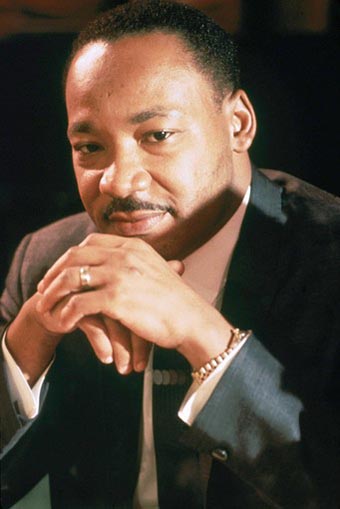 Martin Luther King, Jr., largely responsible for the inspiration and success of the American Civil Rights Movement of the 1960’s 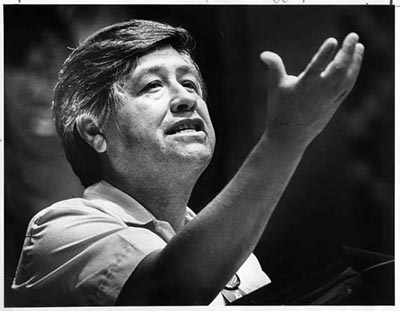 Cesar Chavez, who fought for the rights of American farmworkers

We can use such an age to strengthen our fortitude and self-reliance and thereby unfold the heroic within ourselves. 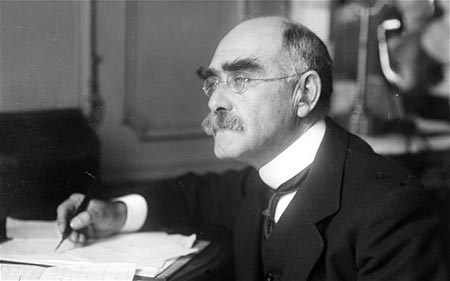 Dr. Jameson’s example continues to inspire many today. The Indian-born writer, none other than Rudyard Kipling, an exponent of reincarnation and the first Nobel Laureate for Literature in the English language immortalizes the qualities that he saw in Dr. Jameson in his poem, “If.” One hundred years after its first publication still the most popular poem in Britain and an inspiration to many around the world:

If you can keep your head when all about you

Are losing theirs and blaming it on you,

If you can trust yourself when all men doubt you,

But make allowance for their doubting too;

If you can wait and not be tired by waiting,

Or being lied about, don’t deal in lies,

Or being hated, don’t give way to hating,

And yet don’t look too good, nor talk too wise:

If you can dream—and not make dreams your master;

If you can think—and not make thoughts your aim;

If you can meet with Triumph and Disaster

And treat those two impostors just the same;

If you can bear to hear the truth you’ve spoken

Twisted by knaves to make a trap for fools,

Or watch the things you gave your life to, broken,

And stoop and build ’em up with worn-out tools:

If you can make one heap of all your winnings

And risk it on one turn of pitch-and-toss,

And lose, and start again at your beginnings

And never breathe a word about your loss;

If you can force your heart and nerve and sinew

To serve your turn long after they are gone,

And so hold on when there is nothing in you

Except the Will which says to them: “Hold on!”

If you can talk with crowds and keep your virtue,

Or walk with Kings—nor lose the common touch,

If neither foes nor loving friends can hurt you,

If all men count with you, but none too much;

If you can fill the unforgiving minute

With sixty seconds’ worth of distance run,

Yours is the Earth and everything that’s in it,

And—which is more—you’ll be a Man, my son.

For a beautiful musical rendition of this poem see: Bobby Gosh’s “A Song for Erik” (Duet with Tammy Fletcher,2007)