In The Light Of Theosophy - Eyes

[This article appeared in the December 2013 issue of The Theosophical Movement. For more articles published in this excellent magazine follow this link: http://www.ultindia.org/previous_issues.html ] 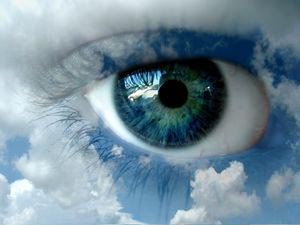 Eyes are the windows to the soul; they indicate the real you. Self-help gurus encourage us to look deeply into our own eyes. But looking deep into our own eyes, or of another’s can be uncomfortable experience because not all of us are prepared to face the truths revealed, writes Vinita Dawra Nangia. Eyes reveal the emotional state of the person at a particular time. The author writes that sometimes her eyes reveal the presence of a peaceful soul, at other times she saw a cynical old person with a world weary look, or a youthful person full of enthusiasm. She writes that it was like seeing a new person every time she looked into the mirror. The one who peeped from her eyes every morning gave an indication ofwhat she was really thinking and feeling behind the social mask.

Just like the body, the eyes have a language of their own. Too much blinking can indicate discomfort. The one who hardly blinks or frequently looks away, may be trying to hide something. The one who looks directly at you might be interested in you and the conversation. A doctor looks into the eyes of the patient to gauge his state of health, because eyes can indicate liver disease, diabetes and even cholesterol. Through recent research doctors have been able to find non-invasive methods of looking into the eyes of a person and watch the working of dopamine in that person, which in turn can indicate the possibility of drug-abuse, gambling, or getting Parkinson’s disease or Schizophrenia. The eyes of the person could reveal inner beauty and we might see our own beauty mirrored in them, writes Vinita Nangia. (Times Life! Sunday Times of India, November 10, 2013)

The eyes reflect both the mood and character of the person. Often, we try to gauge from the eyes whether the person is trustworthy or not. Describing his first meeting with H. P. Blavatksy, W. Q. Judge, one of the co-founders of the Theosophical Society, writes: “It washer eye that attracted me, the eye of one whom I must have known in lives long passed away.”

Tears in the eyes may well be considered an outlet for bottled-up emotions. “Tears,” in the language of the occultists express simple human emotions. We know that we are not able to see things clearly so long as we are emotionally involved. “Tears” in the eyes are often indicative of the inner state, where the soul is shaken by grief, disappointment or pleasure, so as to lose its hold on the divine nature.

Every person gives out magnetic exhalations. These exhalations are more intense from the eyes, palms, fingers and soles of the feet. An “evil eye” is the destructive power of thought. An envious glance of a person on a beautiful vase or a car or any other object or personmay result in damage or injury to the same. In such a case, thoughts of envy combine with elementals and become an entity which precipitates down his glance.

Hypnotic condition can be produced by purely mechanical method which involves the fixing of the eyes on some bright spot, a metal or a crystal. It is the eye, says H.P.B., which is the most occult organ of all, on the superfices of our body, which serves as a mediumbetween the metal or crystal and the brain, and attunes the molecular vibrations of the nervous centres of the brain, to the rate of vibrations of the object gazed at, by catching the rhythm of the latter and passing it on to the brain. But in the case of direct passes, it is the Will of the operator radiating through his eye that produces the unison between his will and the will of the person operated upon. (H.P.B. Series No. 9, pp. 32 and 37)

Glamour is witchery or charm on the eyes, making them see things differently from what they really are. In order to be able to see an object, not only should the light proceed from the object to the eye, but also, light must proceed from the eye towards the object.