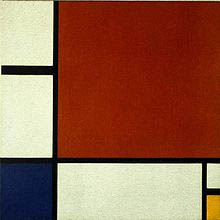 The language that emerged was abstraction. Abstraction was a formless voice that dissolved the boundaries of the concrete object to allow the flow of cosmic light to spill forth onto an awaiting canvas, the site where the inner and outer realms of spirituality began a new creative evolution. Each artist was painting the canvas with their own particular brush, but all were dipping from the same paint pots of spiritual awareness.

Wassily Kandinsky was an avid student of occult and mystical teachings. Theosophy provided the main structure for his lessons in spirituality, but he certainly enriched his studies with other material. As his spiritual awareness evolved, so too did his art. Ideals that he was previously content to express in Symbolist form, later shed their casings as they expanded through abstraction. As Theosophical teachings on thought forms and the correlation between vibrations, color, and sound influenced his work, he began to rely very little on form. Shape, line, and color became his main tools for creating a visible image of unseen events in the astral world.

Note from the editor: this article was previoulsy published on Theosophy Forward in March 2012

We have 755 guests and no members online