Paul Brunton (1898-1981) authored works on yoga and other spiritual subjects, many of his published works reflecting his early interest in Theosophy. He was a fairly regular attender at Theosophical Society meetings in London as mentioned in the biography, Paul Brunton, a Personal View, by K. T. Hurst (Burdett, N.Y.: Larson, 1889, p. 46). 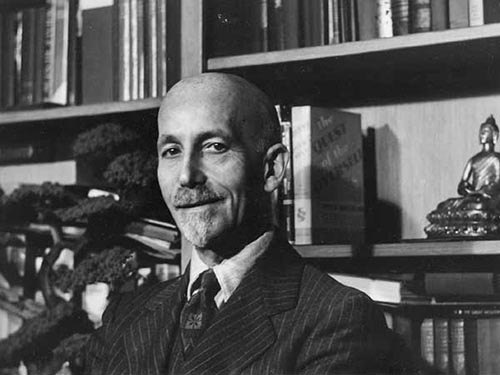 Brunton’s original name was Raphael Hurst. Born in London in 1898, he became a journalist, but soon began writing books on mysticism and yoga which gained considerable popularity. Much of his work was the result of first-hand research undertaken during extensive travels in Egypt and India.

His published works include: A Search in Secret India;The Secret Path;A Search in Secret Egypt;A Message From Arunachala; A Hermit in the Himalayas;The Quest of the Overself;The Hidden Teaching Beyond Yoga;Discover Yourself;The Wisdom of the Overself; and The Spiritual Crisis of Man. His notebooks were published posthumously between 1984 and 1988 in sixteen volumes entitled The Notebooks of Paul Brunton.