Religions and the Theosophical Society 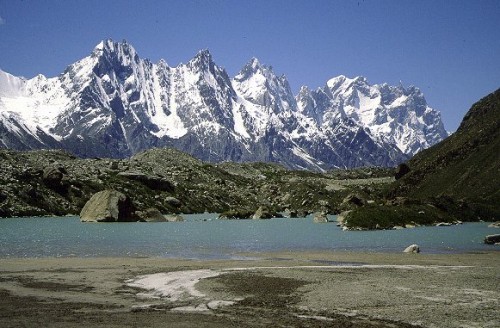 When the Theosophical Society was founded, it was expected to play a major role in the minimization of the evils brought about by institutionalized religion. A significant proportion of H. P. Blavatsky’s writings addressed this matter, and the Mahatma Letters were quite scathing in pointing out the harmful side of religion. Today, however, it seems that the Theosophical Society is not playing a major role in world thought in continuing such a work. If the rise of fundamentalism is any indication, then the harmful side of religion has not abated but may have increased.

In Letter 88 of the Mahatma Letters (chronological edition), the Mahatma Koot Hoomi wrote:

I will point out the greatest, the chief cause of nearly two thirds of the evils that pursue humanity ever since that cause became a power. It is religion under whatever form and in whatsoever nation. It is the sacerdotal caste, the priesthood and the churches; it is in those illusions that man looks upon as sacred, that he has to search out the source of that multitude of evils which is the great curse of humanity and that almost overwhelms mankind. Ignorance created Gods and cunning took advantage of the opportunity. Look at India and look at Christendom and Islam, at Judaism and Fetichism. It is priestly imposture that rendered these Gods so terrible to man; it is religion that makes of him the selfish bigot, the fanatic that hates all mankind out of his own sect without rendering him any better or more moral for it. It is belief in God and Gods that makes two-thirds of humanity the slaves of a handful of those who deceive them under the false pretence of saving them. Is not man ever ready to commit any kind of evil if told that his God or Gods demand the crime—voluntary victim of an illusionary God, the abject slave of his crafty ministers? The Irish, Italian and Slavonian peasant will starve himself and see his family starving and naked to feed and clothe his padre and pope. For two thousand years India groaned under the weight of caste, Brahmins alone feeding on the fat of the land, and to-day the followers of Christ and those of Mahomet are cutting each other's throats in the names of and for the greater glory of their respective myths. Remember the sum of human misery will never be diminished unto that day when the better portion of humanity destroys in the name of Truth, morality, and universal charity, the altars of their false gods.

Even if one disagrees with the numbers quoted “two thirds of the evils that pursue humanity”, one cannot help but agree with the general diagnosis. Some of mankind’s longest wars and conflicts have been waged on religious grounds, such as the Crusades, Thirty Years War, Arab-Israeli wars, Protestant-Catholic conflict in Ireland, etc. We are today witnessing the worst form of indiscriminate terrorism in history— religious terrorism.

In speaking about beliefs in anthropomorphic god or gods, the Mahatma Koot Hoomi stressed:

Our chief aim is to deliver humanity of this nightmare, to teach man virtue for its own sake, and to walk in life relying on himself instead of leaning on a theological crutch, that for countless ages was the direct cause of nearly all human misery. (Ibid)

What have we been doing about this, and what should we collectively do about this in the future? What should be the role of the Theosophical Society in freeing humanity from such a specter?

It is to be noted that the Theosophical Society seems to have undergone two historical phases on this mission. The first one was when HPB and the Mahatma Letters called a spade a spade and wrote very frankly about the evil side of religious beliefs and institutions. The second phase gradually seeped in after the death of HPB and Henry Steel Olcott, when the Theosophical Society began to be over-conciliatory about religion and started to speak about religious beliefs in a manner quite incongruent with the early writings.

An example is the belief in anthropomorphic God or gods. The writings of the Mahatmas and HPB were virtually uncompromising about their non-existence. Yet in the decades following the turn of the century, theosophical literature began to speak again of God in a manner that surely would make the Mahatmas raise their eyebrows, such as equating Isvara or the Solar Logos with God. “Iswar is the effect of Avidya and Maya, ignorance based upon the great delusion,” states the Mahatma KH. Even At the Feet of the Master refers to God in an almost personal manner, such as “the wise man knows that only God is great, that all good work is done by God alone”; “If he is on God's side he is one of us . . .”

The close association between the TS and the Liberal Catholic Church had all the more clouded the difference between the original teachings and the later theosophical view, not only on the subject of God, but on Jesus, vicarious atonement, etc. The TS in some respect has become an esoteric apologist for Christianity.

It is then essential for theosophists to review again the work of the TS in relation to religions and religious beliefs. In the effort to espouse religious unity, it is easy to go overboard by trying to forcibly adapt to the questionable doctrines of current religions just to appease them, a Procrustean solution that sacrifices truth.

This work must be done in stages. For example, we must promote a wider discussion about the superstition of anthropomorphism in current religious belief systems, in the hope that the common adherents will be freed from such an internally contradictory concept of the Deity. Another is to free people from the concept of an eternal hell due to the wrath of God, and popularize the view that we make our own future destiny from our actions and thoughts. Another is that we must take part in the movement to free people from mindlessly accepting that the words of scriptures are the words of God and that every word is literally true.

When these things are popularly but intelligently discussed, new paradigms will emerge in world thought that will bring public opinion farther away from superstition and closer to the reality. Let us be part of that effort to bring about the paradigm shift about religions. Then indeed we will to some degree contribute to the vision of the Mahachohan that the Theosophical Society will be “the corner-stone, the foundation of the future religion of humanity.”