The Theosophical Society in America is about to unveil the TS Wiki, or Theosophical Society Wiki, a collaborative encyclopedia for theosophists everywhere. We are using the name Theosophical Society in the broadest sense possible. All groups and individuals who respect the work of TS Founder Helena Petrovna Blavatsky and her associates are invited to participate in building this wiki into a base of research for serious students around the globe. Our aim is to provide a platform for people interested in Theosophy to collaborate in assembling information that is accurate, well-documented, and helpful.

People who use Wikipedia will be comfortable with TS Wiki, because it is based on the same software. That said, this is not Wikipedia with its edit wars and sometimes spurious information. Quotations and facts must be attributed to sources, and opinions must be clearly identified as such. The wiki will be open for reading by anyone, but editing will be limited to people who are willing to identify themselves and to abide by policies that emphasize openness, brotherliness, scholarship, and civility. Readers should find useful information, and editors treat each other with respect.

Some sample pages of the wiki accompany this article. The main page initially has four sections leading to the Mahatma Letters, H. P. Blavatsky, categories of wiki pages, and a history calendar.  [image 1] Each blue phrase in the wiki text is a link to more information. The categories help to organize articles. One example is the page of “occupations,” each of which leads to a list of people in the wiki who are associated with that occupation. [image 2] Wiki pages are being established for people like H. S. Olcott; concepts like Antahkarana; art works like the pastel Antahkarana; books like The Light of Asia; organizations; places; and events. [image 3-6] Each article about a theosophical concept, for example, typically begins with a quotation from HPB’s writings or a first-generation theosophist such as Subba Row. Clearly labeled sections of the article might present the ways that the term is applied in Hinduism or Buddhism; how is it interpreted by people like G. de Purucker, Annie Besant, and Robert Crosbie; or its usage in popular culture.

A special feature of the TS Wiki will be a portal into The Mahatma Letters to A. P. Sinnett. George Linton, coauthor of Readers Guide to the Mahatma Letters, purchased a set of color slides of the letters for the TSA in the 1983. Few theosophical libraries own the slides, so Janet had arranged for them to be scanned as a preservation measure. When we saw the vibrancy of the digital color images, we realized that the best way to share this uniquely valuable resource would be through the wiki. We have created a wiki article for each of the Mahatma Letters showing images of all the letter’s pages, with transcriptions and notes. The words of the Mahatmas seem to leap off the screen, as the images bring a great sense of immediacy. Theosophical terms and names within the letters are linked to other wiki articles. The three-column format was a suggestion of Vic Hao Chin, Jr., editor of the chronological edition of the Mahatma Letters. [image 7-8] We are also building tools such as cross-references between the Barker numbering and the chronological edition. [image 9]

Vic has been putting articles from the Theosophical Encyclopedia into a wiki called Theosopedia. We determined that the two wikis are complementary rather than competitive. Theosopedia is superb source for articles written by specialist scholars in a traditional encyclopedia format. TS Wiki, on the other hand, is intended to be collaborative and dynamic, with images of original documents, audiovisual materials, scholarly footnotes, and multiple viewpoints. TS Wiki pages refer the reader to Theosopedia articles wherever possible, but the TS Wiki also includes a great deal of internal linking, plus external links to a huge variety of resources. It should also be possible in the future to use the TS Wiki platform in multiple languages, with inter-language linking.

The infrastructure of the wiki is still being put in place – policies, categories, “Help” articles, Creative Commons licensing, and much more. We have made use of materials from the Blavatsky Trust, Blavatsky Study Center, Theosophical University Press Online, Canadian Theosophical Federation, and many more websites that are maintained with great dedication. We especially appreciate the efforts of Theosophy Forward and the International Theosophical Conferences in collaborative publishing. Let’s take all our complementary skills and interests, and build the wiki into a tool for the 21st century.

The URL for the wiki will be www.tswiki.net, set to be available in July. Watch the theosophical discussion groups, TSA’s e-newsletter, and www.theosophical.org for the announcement. 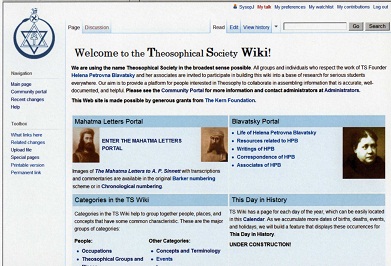 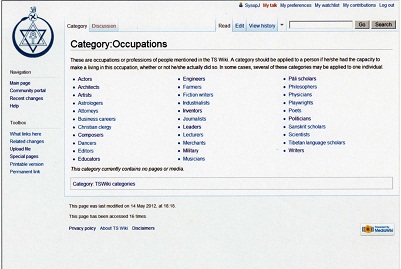 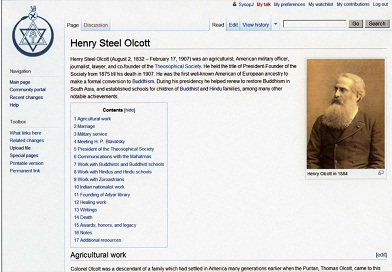 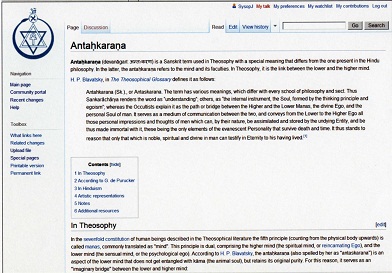 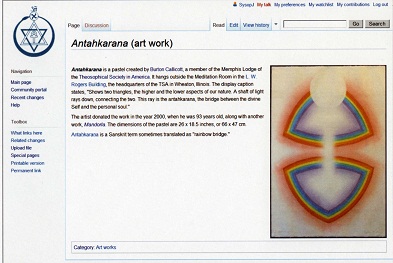 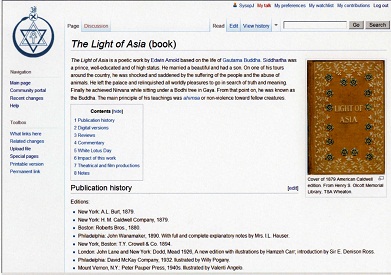 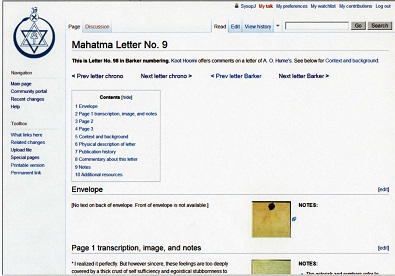 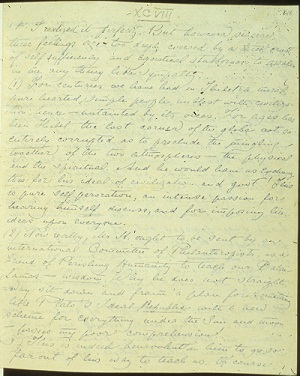 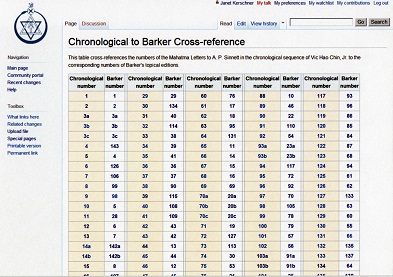 We have 134 guests and no members online