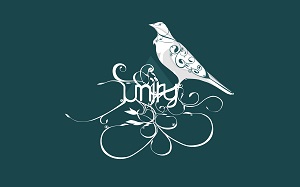 A new series will start on Theosophy Forward.

In this new series various contributors will elaborate on the subject of Theosophical Unity.

In the past several attempts were made to unify the various Theosophical traditions. These attempts all failed. In most instances and up until today, those who are aligned with one of the many Theosophical organizations have held negative opinions about their fellow Theosophists because of what they were told within their own circles. Old conflicts, prejudice, ignorance, intolerance, and above all a lack of compassion caused Theosophists to distance themselves from each other, while at the same time all of them assert that “to form a nucleus of the Universal Brotherhood of Humanity” is their main objective.

Through the initiatives of International Theosophy Conferences Inc., of Theosophy Forward (the magazine), but also of individual members, Theosophists from different organizations, as well as those who are not connected with any of the existing bodies, have started a significant dialogue. It is clear that slowly a new awareness is arising whereby all can respectfully meet on a shared platform. The invaluable writings of  H. P. Blavatsky are what all those who consider themselves Theosophists share, and her work is directly inspiring this newly emerged and heartwarming dialogue.

All Theosophical societies and associations are esteemed vehicles that have, over the years, earned their own place under the sun. Although on the surface our interpretation and understanding of what H.P.B. gave us may differ, on a higher level there is so much to share that, if indeed the imaginary obstacles are taken away, a real communion comes in sight.

While in the past attempts for unification were focused on a constitutional unity, one has come to realize that in the twenty-first century it is far more important to come to a spiritual unity instead, with the ultimate goal of contributing to the welfare of humanity.