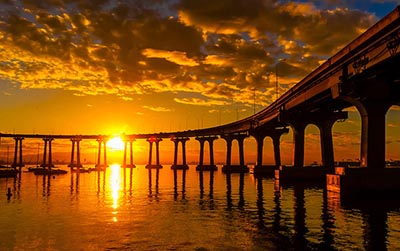 The need for cooperation amongst all Theosophical groups is just as pressing now as it was when ITC began. For those of us who want to work together, how many avenues do we have? Not many. One would think it would be easy to find brothers of similar mind amongst the universal brotherhood.

Since my writing of the passage in Our Unity, I have experienced both extremes firsthand, i.e. both Theosophists that wish to work together as well as those who do not. The best and only solution is, as always, to press forward. Let the negativity go unnoticed, and focus on the communal and the positive. In other words, turn the other cheek.

I still find great wisdom in W. Q. Judge's words on the difference between the Theosophical Movement and the Theosophical Society. He states that a Society is formed for Theosophical work, and he explains it is only a machine for conserving energy and putting it to use. The implication is that if the Society does not benefit the Movement, it is not serving a useful purpose. We should evaluate our own work in exactly the same way. We should question the benefit of our efforts and energy expended, especially in light of whether our actions are truly benefiting the movement.

Of the points made in my writing, I especially encourage people to really question the value of placing some Theosophical contributors as more or less valid than other Theosophical figures. My advice is to read all Theosophy, and choose for yourself what you cherish. Likewise, do not condemn writers like Leadbeater or Judge in front of others; let everyone use their own mind in the spirit of universal brotherhood.

There was one common experience to which we could both attest, however, especially surrounded by many Theosophists from different traditions. We both remembered our shock the first time we found out that there were other traditions at all! Imagine learning of an organization with such a heavy emphasis on Universal Brotherhood and Truth and Unity. And then relatively shortly after, one discovers that at some point in history it split up in multiple ways! Even we, with the noblest of intentions, are not immune to such divisive events.

There is no “one true Theosophical tradition.” Instead, what we have, as students of Theosophy is several traditions and bodies of knowledge that are preserved. From here on, members of any tradition can acknowledge to themselves or discuss in study groups what they feel are the strengths and weaknesses of each traditions approach, and apply the best of all of them, without condemning any of them.