Unity in diversity. This is the challenge.

And what a challenge it is, for a human community that was able, starting with the Founders and the first leaders, to build a real spiritual and worldwide movement, which soon started to split repeatedly all along its path. Unity in diversity was the key note during the 2014 ITC gathering in Naarden.

This coming-together initiative brought a special momentum to the people, leaders and representatives from the various streams of the TS community. It demonstrated that time may be ripe for a renewal of the TS Movement, with a common acknowledgment of the core values and the benefits of working together. The first step was to initiate a move to open the doors, and it required a lot of intelligent efforts.

Like in physics, at the beginning of a move, inertia is the biggest hurdle to overcome. In Naarden, the mountains started to wake-up opening their eyes, (re)discovering that there were other mountains around them with the same shapes and the same colors. Some had already bridges between them; some others had well hidden underground tunnels. Some were completely isolated. They were all born from the same earth, under the same Sun. After the creation of the first one, earthquakes shook the landscape and created new mountains. Earthquakes happen because it is a basic core process in the evolution of this earth.

Likewise, all human societies are subject to these traumatic changes. Now, the mountains are there and will remain there. The wind of time is eroding all of them, more or less rapidly, depending on the harshness or softness of their core materials. In our TS communities, we will need to open borders and to build highways connecting the various movements in order for the core teachings to circulate, to be energized by all streams, and to inundate the world. This will require road-maps, planning, program development, follow-up, and most important, a willing and joyful engagement from the leaders and the workers throughout these communities.

ITC is truly a unique place, in the middle of all the mountains, which can foster and nurture such an initiative. Now that the initial and most important milestone was achieved (ITC 2014), let's give a chance to this project by supporting it concretely and actively.

The Naarden Declaration should not remain one more unfulfilled wish of our history.

Hereunder my article as it was published in 2013:

Since its creation, the history of the modern Theosophical movement looks like a never-ending record of schisms, human conflicts and divergences in ideas and actions. To realistically propose ideas and initiatives for reconciliation with plans to move forward as a united (re-united) stream of thoughts and actions, we must assess thoroughly the root-causes for these departures from the initial Theosophical Society’s goals and from its founder’s intents. A common denominator, often existing in most spiritual movements, seems to be this everlasting egoistic behavior of people who are so convinced that they know how to find the Truth better than anyone else, including the founders of the movement, and therefore reject any other voice. 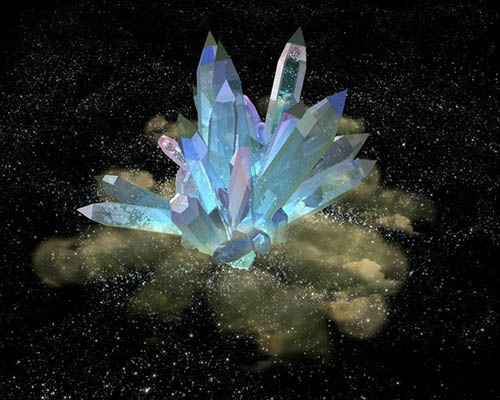 Through individual and collective initiative, the twenty-first century seems to have triggered a theosophical “renewal” where students are moving away from the crystallization of existing organizations in order to go back to the original goals of the Divine Wisdom. It seems history is repeating itself when we compare this with religious movements like, for example, Christians who have returned to the original Gospels message. And it brings hope of a new energy and a unity in diversity.

Lessons learned are key factors for future achievements. Such success starts with integrity and the ability to forget one’s own personal desires and wants. To “know” is not enough. We must live by it and become a living example of these values. Then, a working-together attitude is required. Most organized movements have a pyramid-like leadership where one person is responsible for the decisions of the many and the organization as a whole. This can often lead to one-sided or an autocratic leadership. Also, while age brings wisdom and experience, we must be realistic that age also weakens the body and sometimes the mental capabilities. As we age we may not see things as clearly as we once did. Intergenerational leadership teams where young and mature work together can provide a good balance between the solidity of tradition and the inspiration of innovation. Spirituality is a living process that must be continuously adapted to each culture and period of time in order to survive.

Civilizations and human societies have developed and deteriorated through organizations. Organized bodies are the way for humans to create and support systems of thought and ways of living. History teaches us that most of the spiritual movements started with a very limited number of people who revived or rediscovered the Divine Wisdom. Later on, followers organized communities, roles, regulations, and, inevitably, egoistic human behavior took over leadership, leading to suffering and a loss of vision of the original goal that inspired the organization.

An organized body is useful to frame and transmit the teachings and their practice. But it must be emphasized that it is the responsibility of all members to study and behave according to the teachings for the movement to grow. We cannot feed the world with the Divine Wisdom if we are not the living example. As the Dalai Lama says, “There will be no future worth living, unless everyone, now, takes personal responsibility for their own inner life and universal responsibility for the pain and the misery in the world.”

Another important facet is the concrete and service-oriented actions. The twenty-first century, together with its frenzy for self-centered and egoistic “always-more-for-me” attitude, is also an opportunity for our movement: spiritual values are losing ground in many parts of the world, but the thirst for it remains. The acceleration of the rhythm of life, the opening of borders, and the arrival of seamless communications can provide great potentials for a unified world, but it can be our downfall as well if there is no balance.

We should use these opportunities to communicate at large, to open up the doors for the people to see and hear what the Divine Wisdom may provide as values and concrete remedies to the current human world suffering. Social networks, web sites, international gatherings, service-oriented projects are the tools to weave the web of universal manifestation of the One Reality.