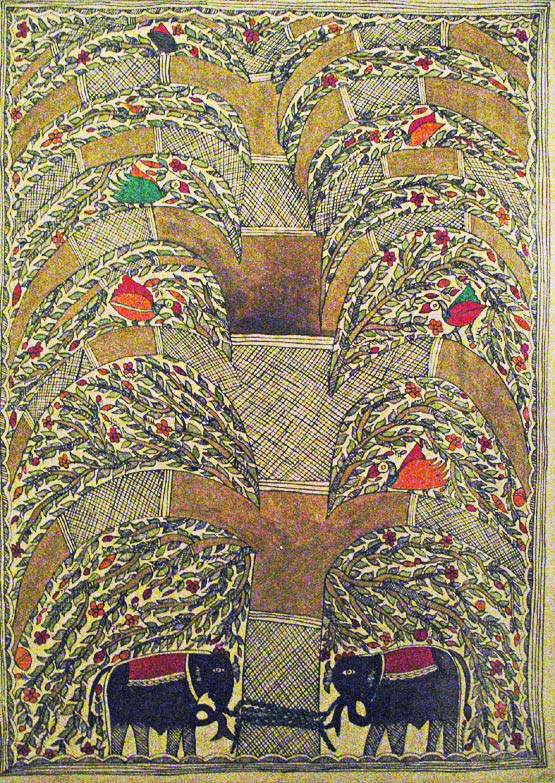 The motto of the Nairobi Lodge of the Theosophical Society in East and Central Africa, which is prominently displayed in its meeting hall, is “Living an exemplary life based on Theosophical values.”

The Theosophical Society’s emblem has the following words inscribed below it: ‘There is no Religion Higher than Truth’. All our actions should be based on ethical values where Truth is the highest goal. Honesty, integrity, commitment, and dedication to work are the hallmarks of a true Theosophist. Theosophy, though not a religion, embraces all religions. Madam Blavatsky clearly stated that Theosophy is not a religion; it is religion itself, that is, the essence of all religions. If the first object of the Theosophical Society, based on universal brotherhood, is truly practiced, it has the capacity of building a just world free from all limitations of outer differences.

The twentieth century revolutionized the way humans had lived for centuries. Modern inventions of motorcar, airplane, radio, telephone, computer, and many other innovations in technology, society, and politics have changed our lives dramatically. We take these developments as a matter of course today. Yet they have truly squeezed the world into a globalized village. Where does Theosophy, which Annie Besant called the Ancient Wisdom, come in all these modern advancements? Theosophy is all embracing; and we, as Theosophists, have a duty to help turn materialistic gadgets into useful tools to promote peace in the world and to bring prosperity to all.

We Theosophists have to redouble our efforts to explain the divine plan to the world so that humans are not immersed in materialism at the expense of the real purpose of our life in this universe. Theosophy has to be heard around the world; it cannot shy away from adopting modern media, especially television, in promoting the message of Ancient Wisdom. As Robert Ellwood put it in his Adyar convention lecture of 1999: “Partly because of our initial impact, there are now many venues for the kind of teaching we present about oneness, the cosmic interpenetration of matter and consciousness, or the cyclical evolution of all beings.”

The Hindu saying Vasudeva kutumbakam (“the whole world is my family”) teaches us to treat everyone as our brothers and sisters or family members. There is no place in this world for selfishness, greedy amassing of transitory materialistic wealth, or other divisive actions. The Buddha’s Noble Eightfold Path sets out eight steps for the guidance of human life. They are Right Knowledge, the basis for Right Thought, leading to Right Speech and Right Activity, including Right Means of Livelihood, and Right Exertion, producing Right Memory and the highest achievement of Right Concentration. If we practice Theosophy in our daily life, it can become a tremendous living force in our world as we begin to look at everything from an objective rather than a subjective point of view.

Recent interfaith dialogue, like Theosophy, studies all religions and philosophies, leading to tolerance, understanding, respect, and a realization that we are part of a pluralistic society. Theosophy believes in freedom of thought. It shares the Jain religion’s principle of Anekanta-vada, which is that everyone’s viewpoint is right and therefore no viewpoint should be forced upon anyone. It is exemplified by the story of an elephant and eight blind men—each of whom is right in describing the part of the elephant they are holding as what an elephant looks like!

Intercaste, intertribal, interethnic, interreligious marriages are becoming common in all parts of the world as a result of education and people’s movements in what is now a globalized village. Theosophy has enunciated this principle of universal brotherhood devoid of all distinctions. Theosophy has gone even further in affirming that all life is one, be it in minerals, plants, animals or humans. Thus we as Theosophists are called to respect these younger brothers of us, the humans. It is this sensitivity which, if we cultivate it, can be a living force in our world. We shall then avoid all man made disasters of war and oppression and exploitation of those who are weaker.

To quote Robert Ellwood again: “If love means anything, it means accepting others in their differences from oneself as well as similarities and wanting to grow mutually by exploring those differences with appreciation.” Every small step by a Theosophist will go a long way in making Theosophy a living force in our world. The Theosophical Society is the vehicle for this change.