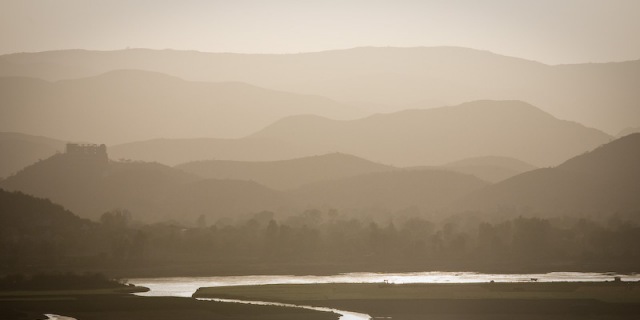 This series has called forth a large number of excellent responses. Most of them, in one way or another, have said quite truly that Theosophy will be a living force only to the extent that we live according to Theosophical teachings. Little, if anything, can be added to that truth—except, perhaps, for one detail. And that detail is to specify how, in particular, we can live Theosophy.

Certain particulars are obvious, to be sure, from the Society’s three objects. If we are to form a nucleus of universal brotherhood, we must act in a brotherly way toward others: the brotherliness of Castor and Pollux (in which one lays down his life for the other), not that of Cain and Abel (in which one takes the life of the other). If we are to encourage the comparative study of religion, philosophy, and science, we must not be anti-intellectual and it helps to know a bit about those subjects. If we are to investigate unexplained laws and latent powers, we must know what those laws are about, what the powers control, and how to investigate them sensibly and safely.

However, beyond whatever actions the three objects imply, still rather large generalizations, the question remains: Exactly how do we do it? That question has not been left in the dark by the brightest lights of the Theosophical Society. Indeed, it has been addressed several times and quite specifically. From the very beginning of the Society, it was intended to provide an entrance to practical work, as Colonel Olcott reports in Old Diary Leaves. When, for a variety of reasons, such practical work did not materialize generally (although Olcott certain lived Theosophy his whole life), Madam Blavatsky created the Esoteric Section (now the Esoteric School) for precisely that purpose. It still exists, and membership in it is intended to provide a structured way of living Theosophy—although the extent to which it succeeds in achieving that aim depends crucially on those in the School.

Later, Annie Besant, recognizing that more was needed, particularly to suit individual bents, urged all members of the Society to involve themselves with one or more of three sister organizations, each of which addressed a different aspect of the need for a structured way of living Theosophy. Membership in any of them was never compulsory, but they were and remain available as options for putting Theosophical ideas into practice as ideals for living.

One of Annie’s supplementary organizations was the Liberal Catholic Church. It obviously works best for those from a Christian background. That and its adherence to Catholic opposition to women in the priesthood create problems for some. But analogs for other religious backgrounds could be developed, as a Hindu temple ceremony has been, or as an unstructured way of regarding the ancient teachings of Zoroastrianism was pointed to by Colonel Olcott and is still adhered to by a number of Parsis.

Another of Annie’s options was Co¬-Freemasonry. It suits those with a ritual bent but who are not necessarily Christian and who value the equality of the sexes in all activities. Before Besant, Co-Freemasonry was largely secular in orientation and centered in France. Besant spiritualized it by envisioning it as a modern form of the ancient Mysteries and universalized it by spreading it around the globe through her Theosophical connections. Today it still exists in a number of forms, of which those most closely aligned with Besant’s own ideals and ideas are the Eastern Order of International Co-Freemasonry and the Grand Lodge of Freemasonry for Men and Women in Great Britain. Freemasonry uses an eighteenth-century set of symbolical actions, objects, and language to express ritually the ideals implicit in Theosophy. It is consequently not for everyone.

Annie Besant’s most original option, one she created de novo was the Theosophical Order of Service. This sister organization has only one purpose: to put Theosophical ideas into practice for the service of others. When people try to resolve problems in their own lives, often the best advice one can give them is to forget about themselves and concentrate on helping others. As The Voice of the Silence makes clear, it is by serving others that we save ourselves. The TOS is the most neutral of Annie’s three options. You don’t have to be Christian or ritualistic to act within it. You need only to do what Theosophy asks of all of us: to serve our fellow beings in practical ways.

The Esoteric School, the Liberal Catholic Church, Co¬-Freemasonry, and the Theosophical Order of Service are all excellent ways of living Theosophy and thereby making Theosophy a living force in the world. Together, they provide four means of doing just that, each suitable for a somewhat different personal orientation, but all compatible with one another.

We have 489 guests and no members online