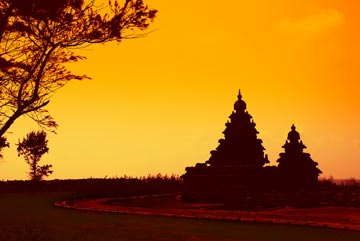 Many good thoughts and wise words have been written in all the articles in this series of Theosophy Forward. So my first thought was that there is nothing more to add. Then I remembered Mount Everest (1933), in which our former President George Sidney Arundale wrote about right citizenship in “Individuality and Leadership”:

“And there are two duties, the duty of the individual and the duty of the state. . . . The state alone is happy in which these two go hand in hand, . . . each fulfilling its own dharma . . . . Right citizenship involves right living—that is, the pursuit of wealth. . . . What are the constituents of real wealth? Work and happiness. . . . Work which concerns specifically the individual, for his own uniqueness, his own individual growth, and then work of the collective good. Harmony must be established between the two. Happiness immediate and remote is the purpose of work. In this there are two ingredients: (a) Self-realization. (b) Service. The wise man is he who perceives no distinction between self-realization and service, but is able to combine the apotheosis of self-realization and the apotheosis of service. . . . When we try to make people happy we are adding to the national wealth.”

Isn’t it one of our most important goals to seek happiness for ourselves? On the contrary: doesn’t social service create self-realization and therefore enhance cognitive facility? Doesn’t transformation arise out of collective moments of happiness? Interdependency between the individual and fellow humans in general is evident. All individuals can contribute to making themselves and others happy by living Theosophy and thereby creating harmony between self-realization and service.

To quote G. S. Arundale once again: “Work is supreme, and work, of course, is the expression in the outer world on the physical plane of an individual’s honor. Every piece of work carries the honor, the character, of the individual. . . . We shall never get rid of the employer and the employee relationship. It is in the very heart of the Hierarchy itself, from the Great Employer Himself, down to those He employs. There are the super-ordinates and the sub-ordinates, and both must recognize their position and their duties. . . . You see, then, in all this, the great work that awaits true leaders. . . . [who] there in [their] own measure carry out the will of God as best [they] may in strength and wisdom and happiness.”

These declarations can also be followed in our spiritual work. We have to attend to our duties, as we are responsible for the welfare of the community we are living in. Let us take our rightful place in the hierarchy—in the continuous circulation of the life force—as teachers, as students, according to our circumstances, so that we can come nearer to the Oneness.

The previous contributors to this series in Theosophy Forward have written about the importance of preparing and transforming ourselves and developing a certain level of consciousness. In this context, Gaspar Torres, in his article on the subject, published in June 2010, says: “Everyone who understands Theosophy must make it a living force within him or herself and try to demonstrate the effect of the inner peace and true happiness that it conveys. The determination to attain this inner state is the first step. Only afterwards can we think about conveying it to others. If we are unable to attain this state, it is impossible to be of any real help to the world at large.” While we are determining “to attain this inner state,” it is very important to get help from students on a higher level.

G. S. Arundale describes his own path in his books. Many Theosophists were and are accompanied on their way by such books. He describes the path to spiritual awareness as one of easing the way for his brothers and sisters, as he himself received help in his time. It is important for our brothers and sisters that they take part in our experiences, whatever step we are on at the moment. Such participation is service and self-realization in harmony. To quote great thinkers repeatedly is not the same as relating one’s personal experience. The latter is full of life and responds to the questions that come when we face life directly.

Tim Boyd in his article on “Living Theosophy,” published in September 2010, says: “The first goal for us as Theosophists is to enliven these truths by applying them, first to ourselves and then to the world around us.” Pablo Sender, in his article published in June 2010, says: “If we want Theosophy to become a living force in our world, we have to present it . . . as a spiritual path . . .  as tools to help people face today’s challenges and enable them to live their daily lives spiritually.”

Finally our third object instructs us to “investigate unexplained laws of Nature and the powers latent in humanity.” Do Theosophists really tolerate the work of other groups that encourage practices like mind healing, channeling, dream interpretation, and clairvoyance? Wouldn’t it be better to deal with these phenomena, to explore them, than to scoff at others and their approach and to dismiss their theories? A Theosophist should be able to investigate these attentively and respectfully, but cautiously and fearlessly, with others who are earnestly searching for spiritual truth.

A quotation from Albert Schweitzer is an apt conclusion: “Example is not the main thing in influencing others; it is the only thing. And each truly searching person is an example.”

We have 339 guests and no members online