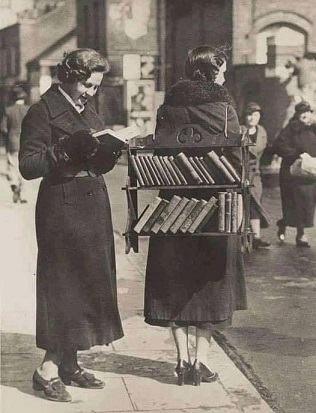 Initially, in chapter 6, the authors use a stage model of development to explore the impact of systematic meditational practice and its outcome. The authors try to determine whether there might be, when compared to other systems, a common sequence of developmental or emergently sequential, states and stages, that arise and unfold pertaining to meditation and its effects, when compared to those in the several systems explored. They seek to determine whether there is an invariant sequential arisal of progressive stages, and subsequent attendant states, that might commonly occur across different meditational traditions. They also seek to determine whether each stage of such sequential development is attendant with its own unique transformational impact, and power concerning irreversible perceptual, emotional-affective, and cognitive psychological changes that might occur. Being irreversible, these changes were deemed to become an integral part of the common, individual character traits depending on the meditational progress made, and related to the stages attained. The tradition explored in chapter 6, is that of the Theravadin Buddhist Tradition of Vipassana.

Brief explanations of the research process and the approaches utilized were given.  The classification of meditators, instructions related to how to pursue meditation in a specific tradition, criteria for determination of meditational experiences arising, and proficiency regarding skill development, based on stages, levels, experience, and instruments that might reflect changes in psychological make up that have occurred were shared with the readers.

Chapter 7 goes on to discuss some of the experiences that occur with each group, insights, meanings, trait changes, and implications that might be entertained based on those experiences and results, as well as some of the authors own conclusions.

Chapter 8 goes on to look at the paths, (gradual and sudden), as well as the stages of meditation as they relate to different cross-cultural perspectives. In other words, this chapter looks at whether studies related to meditational stages may be objectively defined and appreciated. It also looks at the question whether such stages exist across cultures.

The meditational systems examined included the Yoga sutras, Visuddhimagga and Mahāmudrā. Additionally, the impact of belief systems related to each traditional system, and their unique views and perspectives, were seen to impact how “enlightenment” is experienced, and how one interprets such experiences. An interesting conclusion that was drawn noted that not only is there a sequential unfolding of structure, but that the results of “enlightenment” can be seen as a natural human developmental process available to all who are willing to put in the correct efforts and persistence of practice.

In chapter 9, written by John T. Chirban,  the author looks at the writings of ten saints of the Eastern Orthodox Church, having its place within the Christian tradition. Based on their spiritual journey’s, inclusive of the stages encountered and descriptions shared, he identifies five specific stages that embrace an increasing maturity and unfolding within one journeying on the spiritual path, leading to union. These stages include  “Image, conversion or a turning about, participation with self-transformation, illumination, and experiential encounter or attainment of the state of union.  Along the way, he shares with the reader, some of the interesting thoughts of these saints, as they move through the stages and the impact that the arising states, accompanying such stages, have on mind.

This brief review leaves so much unmentioned, hence although the text was published in in 1986, it can still be recommended as a basic text that tries to provide a reasonable basis upon which to understand and reveal some of the invariant sequential stages of development, perhaps evolutionary in nature, that remain available to everyone, when they, as instruments, through practice and degrees of mastery, are ready. Given the sequential and developmental nature of this process, it cannot be faked, given that the very words, thoughts and ideas expressed by such a being, speaks for itself, and quietly reveals the levels attained in the very words and actions that they engage in.

This is a work highly recommendable for reading, reflection, practice and above all … inspiration.

Notable Books is a series compiled by Eugene Jennings.