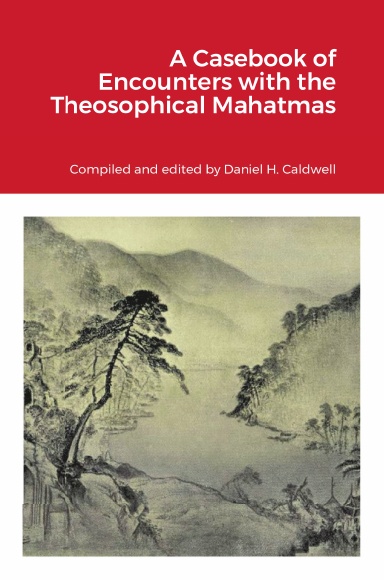 Daniel writes on one of the first pages of his book:

A well-versed student of metaphysical and esoteric lore, Madame Blavatsky promoted a greater Western knowledge of Eastern religions, philosophies and mythologies. H.P.B.’s major works (Isis Unveiled, The Secret Doctrine, The Key to Theosophy and The Voice of the Silence) are considered classics in occult and Theosophical literature.

During Mme. Blavatsky’s lifetime and since her death, there has been a great deal of controversy and skepticism concerning the existence of these Mahatmas. Almost all of H.P.B.’s critics have doubted the actual existence or reality of her Masters. Nevertheless, more than twenty-five people testified to having seen and/or been in contact with the Mahatmas during Madame Blavatsky’s life time. In the pages of this book, the reader will find the detailed accounts and testimonies of most of these witnesses in which they relate their sightings, encounters and meetings with H.P.B.’s Adept Teachers.

For many years and as an independent, sincere researcher he has hosted the Blavatsky Study Center, including The Blavatsky Archives. This website is your gateway  to a wide array of valuable information & material on the life, work, writings & teachings of H. P. Blavatsky, the founder of modern Theosophy. 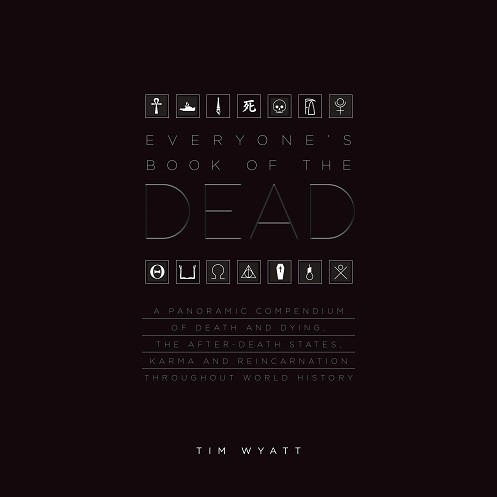 Everyone’s Book of the Dead a panoramic compendium of death and dying, the after-death states, karma and reincarnation throughout world history by Tim Wyatt

… and it is just that. This book is a comprehensive investigation of that last, great, fearful taboo subject – DEATH. Tim says that the main aim of this new book is “to de-mystify and remove the fear of death which so many people experience.  Its main message is that death as popularly understood is a myth and that life exists beyond the physical plane.”

The book is well illustrated and packed full of intriguing paintings, drawings and photographs. Tim investigates a wide of traditions and belief systems dating from earliest records and gathered from all around the world.

He writes “As this book is being completed a death plague stalks this planet like one of the biblical Four Horsemen of the Apocalypse… the first global viral pandemic for a century is having a purgative and transformative effect.” Corona virus “is not only transforming our attitudes to death, it is also fundamentally re-shaping human consciousness and behaviour. This virus has done more to compel the entire world to confront death and its consequences than any other single factor in modern times.”

Tim admits that “No work on the weighty and mysterious subject of death can ever be definitive. Our collective knowledge of this thorny – and to many, distasteful and difficult topic is both vast and hugely misunderstood … given that materialism and science are effectively the prevailing religion in some parts of the West, the over-riding view is that death is the end and belief in any kind of after-life is nothing more than primitive superstition. Or a futile exercise in wishful thinking.”

However, the book is not negative or doom-laden, but a fascinating look at how death has been viewed throughout the past several thousand years, raising questions about belief in survival after death, the nature of the soul, spirit or what it is which survives, reincarnation and the concept of karma – all subjects which have been largely forgotten or ignored in our modern materialistic age.

Important in this survey are the series of ancient beliefs known as the Ageless Wisdom teachings, the Perennial Philosophy, or Theosophy as it is known as today. Tim writes “This timeless esoteric knowledge underpins and pre-dates all religious, philosophical and scientific thinking and goes further back in time than most conventional historians would accept.”

The following are just a few of the subjects which Tim investigates, and include: the concept that we each have many lives – about which most people in the West are completely unaware – and how what happened in Atlantis may still affect us. He looks at the fear of death in prehistory, cycles and great ages, and questions the materialism which kills off any rival viewpoints – especially scientific materialism. There is a review of the Ageless Wisdom (and a mention of Cycles of Eternity, Tim’s first book); premonitions; seven-fold human identity including the etheric, astral and other bodies; H.P. Blavatsky and her message; the individuality and the personality – and what happens to these after death.

Tim then considers the process of dying: modern attitudes; fear and the need for a change in attitude, as death is not the end; the after-death states including the ‘life review’; the astral world; the mental or Heaven world; a wide range of views on how long we are dead (from various writers with a Theosophical background including H.P. Blavatsky, Dr Douglas Baker, Rudolf Steiner to Alice Bailey); seances.

Then there are religious and cultural traditions of death: Christianity; deities of death; the ending of the world; pagan and wiccan folklore, ancient Greece, Norse, Celtic, native peoples’ beliefs in both North and South America; Asia, Buddhism, Hinduism, Vedic, Jainism; Islam; Judaism; the ancient world including Mesopotamian and Persian; shamanism; Taoism and Confucianism in China; Australasia and Polynesia; Africa, Ancient Egypt, the Bantu, the Llo, and in Nigeria. There’s a fascinating look at funerary practices and post-mortem rites including the Mexican Day of the Dead and African coffin art. The Law of Karma – of cause and effect – is considered: cosmic justice and the historical perspective; types of Karma; the nature of disease, what we bring to each life. Finally, there’s a look at ‘Death Miscellanea’, at culture – plays, films, TV dramas, documentaries, exhibitions, blood sports; celebrity deaths; technology; symbols; the commerce of death; suicide, death cults, and the future of how we view death.

Tim Wyatt is well-known to readers of Hermes, Theosophy Forward and recently also The Theosophist, the official organ of the International President of the TS-Adyar. 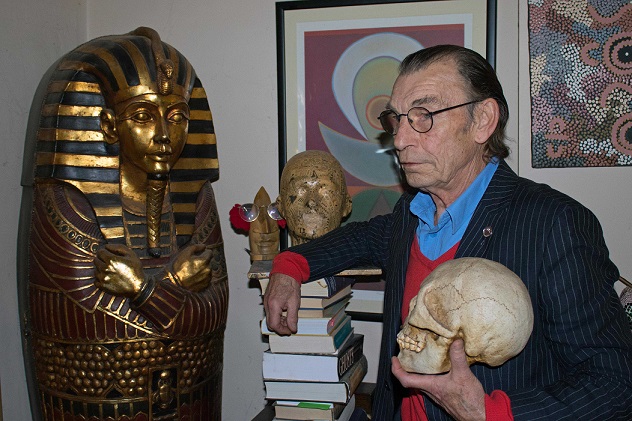 Tim wrote numerous interesting and thought-provoking articles for those magazines. He describes himself as a “life-long spiritual explorer and student of the esoteric mysteries, occult science and the Ageless Wisdom”, who has spent five decades working as a journalist in all sections of the broadcast, print and online media. As a “dedicated student of consciousness research, he is the founder of the Leeds-based School of Applied Wisdom and travels extensively giving talks, seminars and workshops on occult topics to The Theosophical Society and many other groups”. Tim has won awards for his plays and television documentaries, is the author of numerous novels, short stories, articles, non-fiction works and poetry, and the founder of several publishing companies and at least two record labels.

His books from an esoteric viewpoint include Cycles of Eternity: An Overview of the Ageless Wisdom (2016) and the recent Secrets of Infinity (2020) which Tim describes as “a simple overview of key ideas”.

This review was written by Janet Hoult