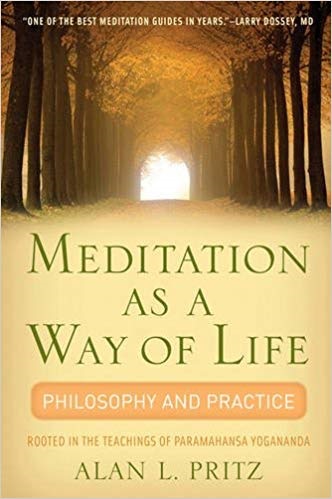 When I first received this book to review, I thought it would be just another book on meditation. There are so many out there. Do we really need another? I noted Larry Dossey's endorsement of the book: "One of the best meditation guides in years." I know Larry Dossey. We had him at Olcott (headquarters of the American TS) along with his wife some years ago. I was very impressed, and I took his endorsement seriously. I'm glad I did, and I read the book with this in mind. 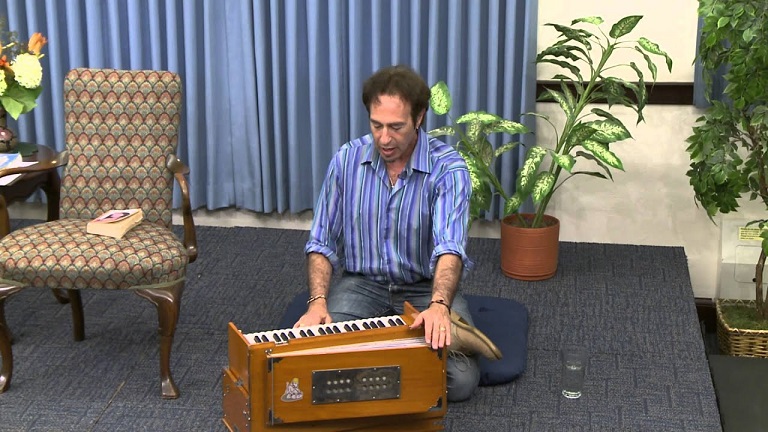 Alan Prtiz during his presentation at Olcott

Also, like many theosophists, I have followed the teachings of Yogananda for years. It was Yogananda's autobiography and Leadbeater's Masters on the Path that got me started many years ago. So, as I read the book, I kept in mind how TS members would pick up anything new for their mediation practices, but maybe more importantly, I asked myself whether it was really rooted in the teachings of Yogananda.

I have read and worked through the Self Realization Fellowship (SRF) lessons. I'm quite familiar with the material. So, I can say with a large degree of confidence, that the books by Pritz is indeed very much rooted in the teaching of Paramahansa Yogananda. In fact, I can safely say that if you are familiar with the lessons, you'll find this book as a useful supplement to the lessons; plus, a whole lot more. Mr. Pritz has gained this understanding by being "conferred" by Roy Eugene Davis. There are two well-known disciples of Yogananda that have their own following. One is the late Swami Kyiyananda and the other is Roy Eugene Davis. I have followed their writings as well. There are a number of YouTubes on both you can watch. The strength of Roy Eugene Davis is his clarity in writing, and his books are sprinkled with stories and teachings from his Yogananda days. Swami Kriyananda also has several books and CD’s that are very good with many tales from his Yogananda days. I personally feel that he is a little closer to Yogananda in spirit, but either person would be a good supplement to the SRF lessons.

Mr. Pritz makes references to the SRF lessons in the book with encouragements to check on them if you are interested in following-up. A quick Google search will provide the necessary information. I would suggest you start with the SRF home page:

The book contains the standard material you would expect from any book on meditation. However, I like how he arranged the material with plenty of 'exercises' as we go along. He mixes much of the SRF material such as the Energy Exercises, Breathing, Yoga asanas, etc. with modern day teachings that are found in a typical book on meditation. However, almost anyone will pick up a few new bits of information that can fit into one’s meditation routine.

Thank you Quest for publishing this.

See Alan Pritz’s presentation at Olcott in Wheaton, click on the link: 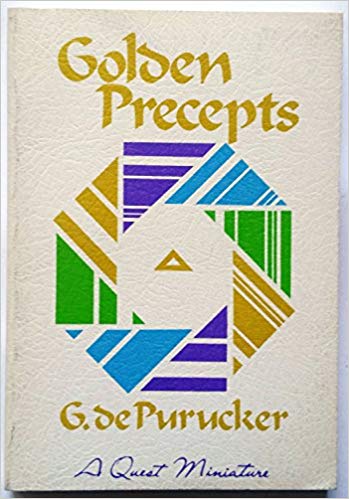 This is a wonderful book. The subtitle is "A Guide to Enlightened Living".  I think that catches the spirit of the book completely. It doesn't promise that you will be enlightened after reading and studying it, but I will promise you that it will set you on YOUR spiritual path. The messages in each chapter are typical Theosophical in nature. It probably started out as handouts in a study group, edited, refined, and eventually condensed to this short book.

Once, I was with a group of theosophists who played a little game that probably many of you have played. We imagined ourselves in some desolate monastery with like-minded folks for a week. We were to pick ONE book that we would bring to study and meditate on. What book would you pick.  Of course, The Secret Doctrine was selected as well as books by Annie Besant and Leadbeater. I selected Golden Precepts by G, de Purucker. No one else did.  think today that my selection was evidence of my following my inner path.  I offer it again to whoever reads this review and finds it useful.