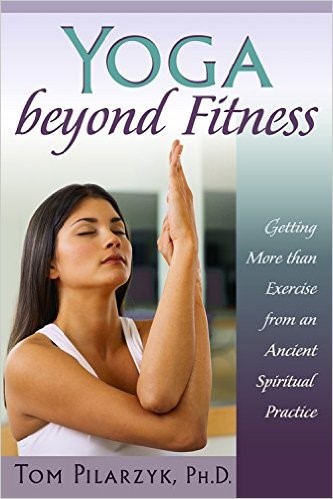 Certainly, for anyone in the west, this book should be a must read. Dr. Pilarzyk saw about ten years ago, where the ‘Yoga’ from the east was being transformed into something quite different and now we are living with the results today in the west.

To sum it up, Yoga has been repackaged in America and has become a business. As a business, it continually needs to re-market itself to differentiate the practice from the yoga studio on the next block.  Classes today in many cases have become a numbers game, and the more students you can cram into a room, the more money you can make. Also, having a unique take on your practice; helps. In writing this book review, I did a quick survey on some of the more distinctive marketing ploys used. I think that everyone is familiar with Hot Yoga. However, here are some you may NOT have heard of (I am NOT making any of these up): Goat Yoga (yes, you practice with live goats), Beer Yoga (yes, you do drink beer as you move in and out of poses), and Mixed Martial Arts and Yoga (not sure how this works).

Tom Pilarzyk’s book urges you to find a yoga teacher who practices and lives a traditional yoga lifestyle.  The first two thirds of the book discussed this and he is quite clear in his approach. I personally found the last one third to be of great value. It is his experience in this life with Yoga that came through in a powerful way.  He explains his reluctance in adding this section in a rather long footnote in the back. The book is stronger because he did include it.

I’m happy to report that at the Theosophical Headquarters in America (Olcott), we still have the traditional approach. Juliana Cesano who is the manager of the Quest Book Shop teaches yoga at Olcott.  She also offers yoga workshops as part of our programs. She obtained her certification from a well-known yoga studio (Prairie Yoga), and I don’t think Goat Yoga will be on the up-coming agenda any time soon. 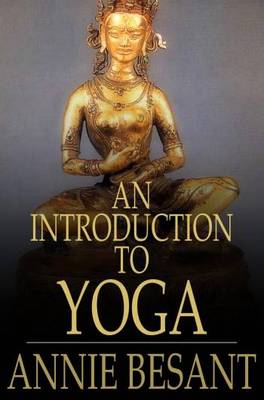 I had just joined the Society and had started to haunt the Olcott library for Theosophical books to read.  One of the areas I was interested in was yoga. What I know now was I was really looking for a book on Hatha Yoga – big difference. I found this small and short book by Annie Besant to be difficult, but after the 3rd re-reading, I had learned a lot of Theosophy, but still nothing about yoga poses. Later I bought my own personal copy and read it again. I was amazed as to the depth of theosophical material that it contained. I took extensive notes and later typed them into a form that was easy to review. I even reviewed them as I wrote this book review.

I doing background work for writing this review, I found the following information from a review written some time ago by a Mr. T. Metz. It adds some additional information about the book.

“During four lectures delivered in Varansi (India) at the thirty-second annual Convention of the Theosophical Society, Dr Besant explores the nature of yoga as a science including the obstacles and impediments to practice. This small (i.e. 150pp) manual provides the basis for a deeper study of the teaching of Patanjali and of Yoga in general, containing the essentials to be considered throughout the different stages of living and practice.”