What Bach Is for Me

“Bach is an affirmation. He reassures me that in art, as in life, truth cannot be ignored or subdued. Art does not need any human promotion; it will realize itself by its own strength when its time has come. We need this faith in order to live. Bach had it. Under poorest material conditions, without getting tired or discouraged, without appealing to the world to take notice of his work, without doing anything to preserve it for the future, his single concern was to create what is true.”

“His works are great and he is as great as his works. They teach us to be still, to be collected.”

“It is wonderful that Bach, the human being, remains unknown to us, his thoughts and emotions remain a secret. How fortunate that no scholar or curious psychologist can lift this veil. What he experienced survives in his music alone. It is there for all those who truly live, those for whom joy of life and longing for death are one.Those who understand Bach do not know whether it is his realism or his mysticism that touches them so deeply.”

“Bach’s music is at once of this world and infinitely sublime. It goes beyond technique and becomes a world view, the 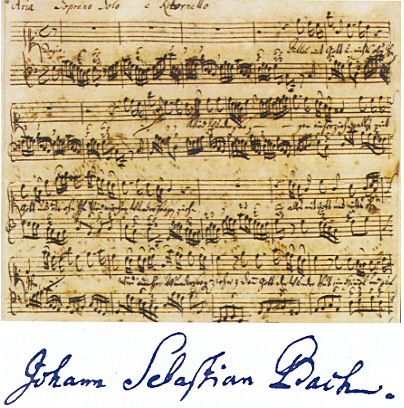 essence of Being. Each voice has its own will, its own personality; all are free to meet in freedom, to go their own way, to hate or to love, and in the end work together in order to create something that is alive, because it is.”

“A score of Bach is a manifestation of that elemental force that reveals the infinity of the universe… His music is a phenomenon of the incomprehensibly real, a mirror of the world… Each fugue is a whole universe.  His work is truth.”

“In order to comprehend Bach we need neither education nor knowledge, we must only have a genuine sense of truth. Who has been moved by him understands the truth of art.”