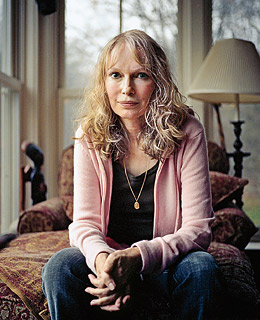 While still in her teens, Mia Farrow developed a close friendship with the famed surrealist painter Salvador Dali. One day she complained that her life was in a rut. Fortunately, Dali had a suggestion. A few days later, Farrow ran into the artist and thanked him for his help, explaining that his advice had yielded a fresh perspective. Dali's suggestion? That Farrow wear her shoes on the opposite feet.

Farrow later went through a mystical period during which she claimed to have discovered a "mathematical formula for mind expansion."