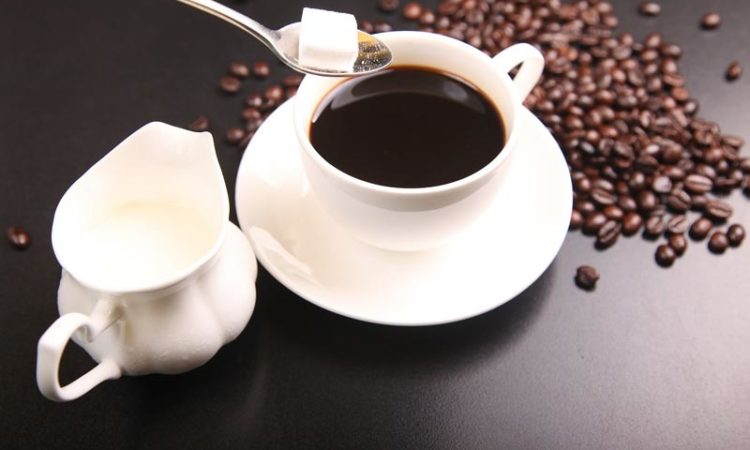 He met her at a party. She was so outstanding, many guys chasing after her, while he was average looking, shy and awkward.

At the end of the party, he finally summoned some courage to invite the girl to have coffee with him. She was surprised, but out of politeness, she accepted his invitation to go on a date. They both sat in a nice coffee shop, he was too nervous to say anything, she felt uncomfortable, waiting for coffee. With him being so shy and awkward around her, It seemed like the conversation between them would never start.

The coffee was brought and suddenly, he asked the waiter. “Would you please get me some salt? I’d like to put it in my coffee!” Everyone at the cafe stared at him with a strange look! His face turned red, but still, he put the salt in his coffee and drank it. She asked him curiously, “Why this unusual habit?” He took a couple of sips and replied, “When I was a little boy, I lived near the sea, I liked playing in the sea, I could feel the taste of the sea, just like the taste of the salty coffee. Now every time I have the salty coffee, I always think of my childhood, think of my hometown, I miss my hometown so much, I miss my parents who are still living there.” While saying that tears filled his eyes.

She was deeply touched. That’s his true feeling, from the bottom of his heart. A man who can tell out his homesickness, he must be a man who loves home, cares about home, has realized his responsibility for his family … She then started talking about her childhood, her faraway hometown, and her family.

That was a really nice talk, also a beautiful beginning of their love story. They continued to date. She found that actually, he was a man who meets all her demands; he had tolerance, was kind hearted, warm, careful. He was such a good man and had it not been for the salt in the coffee, she’d never have really known him!

The rest of the story was just like any other beautiful love story: they finally got married, and they lived a very happy married life. And sure! every time she made coffee for him, she put some salt in the coffee, just the way he liked it! After 40 years of marital bliss, he died after a short illness.

One day, she found a letter he had left for her which said,

“My dearest, please forgive me, forgive my whole life’s lie. This was the only lie I said to you—the salty coffee. Remember the first time we dated? I was so nervous at that time, actually, I wanted some sugar, but I said salt. It was hard for me to change so I just went ahead. I never thought that could be the start of our communication! I tried to tell you the truth many times in my life, but I was too afraid to do that, as I have promised not to lie to you for anything… Now I’m dying, so I tell you the truth, I don’t like the salty coffee, what a strange bad taste… But I have had the salty coffee for my whole life! Since I knew you, I never feel sorry for anything I do for you. Having you with me is my biggest happiness for my whole life. If I can live for the second time, still want to know you and have you for my whole life, even though I have to drink the salty coffee again.

Please forgive me, darling.. for lying to you first in that Coffee Shop and then not telling you the truth every time you made coffee for me! I am not lying now when I say, I couldn’t have that coffee any other way! – still madly in love with you”

Tears fell down her cheek as she finished reading the letter.

If anybody asks her: “How did that salted coffee taste?” “It’s sweet.” She always replied.