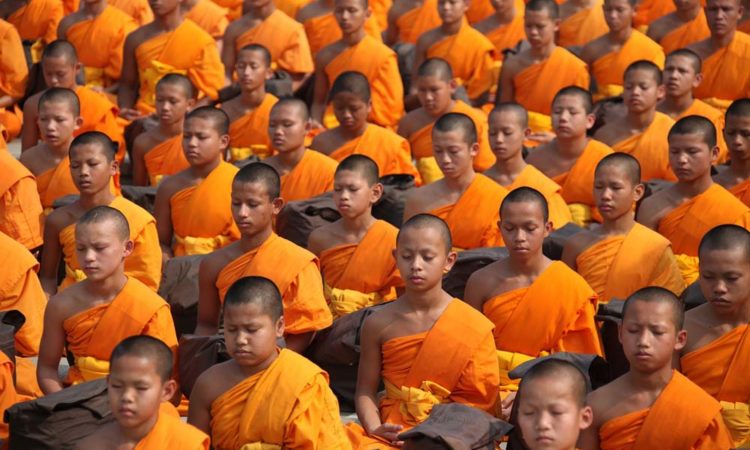 Once, there was a renowned monk who lived in a beautiful monastery with many of his pupils. His teachings were known to be very effective and many of his students grew up to become great masters themselves.

One day, one of them was caught stealing from his fellow-students and they reported him to the monk. But he took no action against the boy.

A few days later the same boy was again caught stealing. And again the head monk did nothing to punish him.

This angered the other students who drew up a petition asking for the dismissal of the thief. They threatened to leave en masse if the boy was allowed to stay in the monastery.

The teacher called a meeting of the students. When they had assembled, he said to them: “You are good boys who know what is right and what is wrong. If you leave, you will have no trouble in joining some other school. But what about your brother who does not even know the difference between right and wrong? Who will teach him if I don’t? No, I cannot ask him to go even if it means losing all of you.”

Tears coursed down the cheeks of the boy who had stolen. He never stole again and in later life became renowned for his integrity.

We have 218 guests and no members online