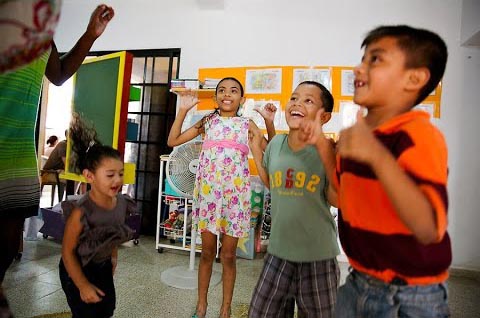 I have been teaching English for many years in Los Angeles, a small city in the south of Chile. I have taught adults, teenagers and young children. The story I am recalling now took place in a small basic school of very deprived children where I worked in my first year as a teacher. This class was formed by children of eight or nine years old and they had one head teacher who taught them most of the subjects, except English – I was their English teacher – and Catholic Religion, which was the job of another colleague. During one of the first lessons I was teaching to them the names of some school things such as pencil, book, crayon, etc. They had to look, listen and repeat and they were all very enthusiastic about the activity.

Then one little boy raised his hand and asked me in Spanish, of course: So 'lápiz' in English is “pencil”, but then, how do you say “lápiz” in Religion? I was very surprised with this question but it made me realize I could not take for granted that students know what we think they should. In this particular case I had to prepare a lesson to explain what languages are and that people from other countries speak in a different way. It is an anecdote that makes me smile now when I remember it but that helped me understand that a teacher has to check his/her students’ previous knowledge and experiences before starting a new lesson.