Anecdotes about Leonardo da Vinci – One 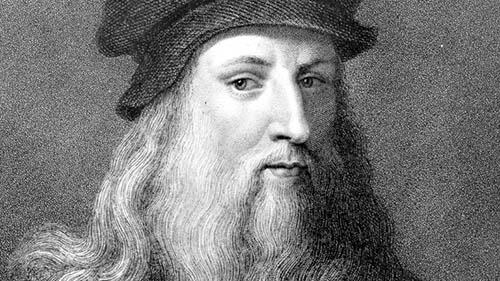 Da Vinci was born in 1452 near Vinci, in what is now the Italian region of Tuscany. By most accounts, his father was a notary and landlord named Messer Piero Fruosino di Antonio da Vinci. His mother, Caterina, is commonly believed to have been a local peasant. However, some experts believe that Caterina was actually a slave owned by Messer Piero.

Da Vinci's parents never married each other. The young da Vinci lived with his mother until he was 5 years old and later moved into the home of his father, who had married another woman.
The artist's journals show that he maintained a somewhat distant relationship with his mother throughout his adult life, exchanging letters with her only from time to time. His writings suggest a closer connection with his father, whose death da Vinci mourned deeply.

We have 307 guests and no members online