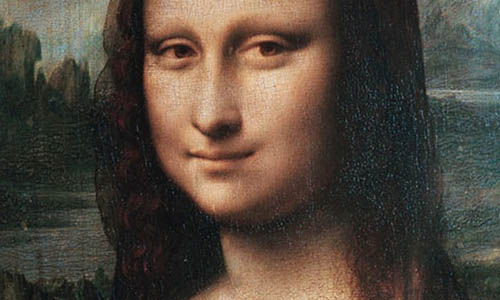 Unlike other well-known Renaissance artists, da Vinci never received any kind of formal education. He did, however, receive instruction at home in subjects such as reading, writing and mathematics.
Growing up in rural Tuscany, da Vinci spent much of his time outdoors, where he marveled at the natural world. His journals indicate that he had an especially ardent interest in the properties of water, as well as the movements of birds of prey. In fact, the artist recorded that his earliest memory was of a dream in which a bird of prey landed on his face and pushed its tail feathers between his lips.

It wasn't until his teenage years that the budding artist was sent to Florence to serve as an apprentice for Andrea del Verrocchio, a prominent Florentine painter. And it didn't take long for the student to become the master. Rumor has it that after da Vinci painted one of the angels in Verrocchio's work “The Baptism of Christ,” the much more experienced artist was so humbled by the young man's talent that he vowed never to paint again.