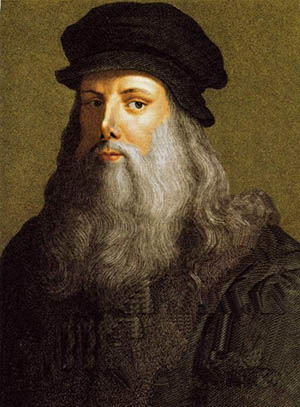 Da Vinci was a notoriously slow painter, and many of his works were never finished. In addition to housing the famed (and finished) “Mona Lisa,” the Louvre in Paris is home to “The Virgin and Child with St. Anne,” an unfinished painting depicting the Virgin Mary, an infant Jesus and Mary's mother, St. Anne.
Hanging in one of the Vatican Museums is “St. Jerome in the Wilderness,” another unfinished da Vinci painting — this one portraying the hermitic St. Jerome and his companion, a tamed lion.

Perhaps the most intriguing of da Vinci's unfinished works is his painting "The Adoration of the Magi," which allegedly features a depiction of the young artist himself. The painting, left incomplete in 1481, has been held at the Uffizi Gallery in Florence, Italy, since 1670.
In addition to these unfinished paintings, da Vinci left behind many unfinished inventions. In fact, there's no evidence that any of the artist's inventions were ever built. Similarly, none of his writings were ever published during his lifetime.