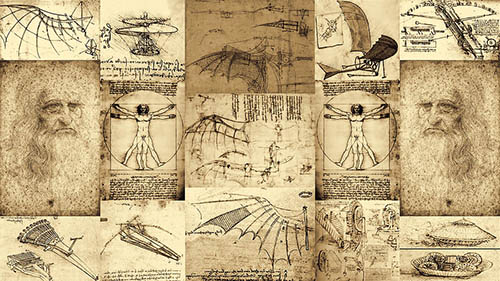 After abandoning his patrons in Florence to start afresh in Milan, da Vinci needed to drum up new business. His strategy was to ingratiate himself to Ludovico Sforza, the Duke of Milan. Under Sforza, da Vinci was commissioned to create what would have been the crowning achievement of his artistic career: a giant bronze statue of a horse. The project was abandoned when France invaded Italy at the turn of the 15th century.

But a giant warhorse wasn't all that da Vinci had planned for the Duke of Milan. Upon offering himself to the House of Sforza, he set forth his plans to build numerous “war devices.” Included in da Vinci's sketchbooks are plans for cannons, smoke machines, portable bridges and even armored vehicles.

Like his flying machine, however, there is no evidence that any of these war machines were ever constructed.