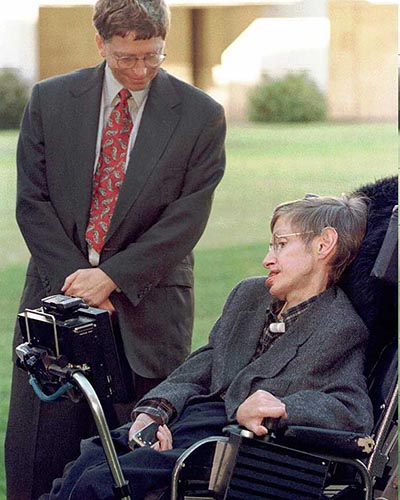 He had a difficult time at the local public school and was persecuted as a “swot” who was more interested in jazz, classical music and debating than sport and pop. Although not top of the class, he was good at maths and “chaotically enthusiastic in chemistry.” Hawking has said of his workload as an undergraduate at Oxford “amounted to an average of just an hour a day.” He also said: “I'm not proud of this lack of work; I'm just describing my attitude at the time, which I shared with most of my fellow students. You were supposed to be brilliant without effort, or to accept your limitations and get a fourth class degree.” Despite his workload confession, Hawking got a first and went to Cambridge to begin work on his PhD – but he was already beginning to experience the first symptoms of his illness, having fallen over twice for no reason during the last year of his undergraduate degree.

We have 908 guests and no members online