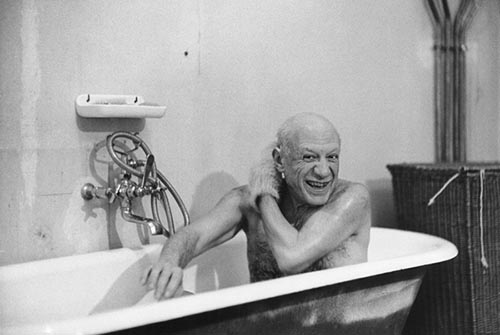 During World War II Picasso suffered some harassment from the Gestapo in Nazi-occupied Paris. An inquisitive German officer, coming into his apartment, noticed a photograph of Guernica lying on a table. “Did you do that?” he asked Picasso. “No, you did,” said Picasso.

We have 870 guests and no members online