New theory suggests that decisions are made unconsciously, then about half a second later become conscious 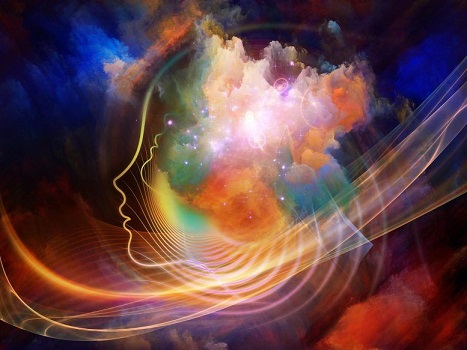 Consciousness is your awareness of yourself and the world around you. This awareness is subjective and unique to you.

A Boston University Chobanian & Avedisian School of Medicine researcher has developed a new theory of consciousness, explaining why it developed, what it is good for, which disorders affect it, and why dieting (and resisting other urges) is so difficult.

"In a nutshell, our theory is that consciousness developed as a memory system that is used by our unconscious brain to help us flexibly and creatively imagine the future and plan accordingly," explained corresponding author Andrew Budson, MD, professor of neurology. "What is completely new about this theory is that it suggests we don't perceive the world, make decisions, or perform actions directly. Instead, we do all these things unconsciously and then -- about half a second later -- consciously remember doing them."

Budson explained that he developed this theory along with his co-authors, philosopher Kenneth Richman PhD, at Massachusetts College of Pharmacy and Health Sciences and psychologist Elizabeth Kensinger, PhD from Boston College, to explain a series of phenomena that could not be easily understood with prior theories of consciousness.

"We knew that conscious processes were simply too slow to be actively involved in music, sports, and other activities where split-second reflexes are required. But if consciousness is not involved in such processes, then a better explanation of what consciousness does was needed," said Budson, who also is Chief of Cognitive & Behavioral Neurology, Associate Chief of Staff for Education, and Director of the Center for Translational Cognitive Neuroscience at the Veterans Affairs (VA) Boston Healthcare System.

According to the researchers, this theory is important because it explains that all our decisions and actions are actually made unconsciously, although we fool ourselves into believing that we consciously made them. So, we can say to ourselves, we're just going to have one spoonful of ice cream and, the next thing we know, the container is empty -- because our conscious mind is not controlling our actions. "Even our thoughts are not generally under our conscious control. This lack of control is why we may have difficulty stopping a stream of thoughts running through our head as we're trying to go to sleep, and also why mindfulness is hard," adds Budson.

Budson and his coauthors consider a number of neurologic, psychiatric, and developmental disorders to be disorders of consciousness including Alzheimer's disease and other dementias, delirium, migraine, schizophrenia, dissociative identity disorder, certain types of autism and more.

Lastly, their paper provides a roadmap as to how clinicians, educators and individuals can best improve behavior and gain knowledge, by using clinical and teaching methods that can be effective in shaping both the conscious mind and the unconscious brain. With further exploration, this work may allow patients to improve problem behaviors such as overeating, help us understand the ways in which brain structures support memory, and even provide insight into philosophical issues around free will and moral responsibility.

These findings appear online in the journal of Cognitive and Behavioral Neurology.

We have 261 guests and no members online