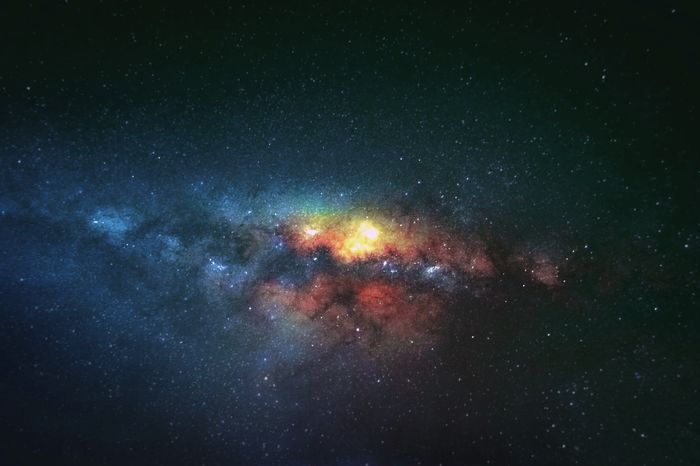 The James Webb Telescope: ”Looking back into the past”

“One sees clearly only with the heart. What is essential is invisible to the eye.”

The images from the Webb Telescope published by Nasa in July of this year cannot be put into words. Despite several journalists being moved to explain the insurmountable feeling of connection, the actual feeling cannot be verbalized. It is reminiscent of the character ET in Steven Spielberg’s fantasy looking at “home” while pointing to the sky. It isn’t just that we carry within us the substance made from the stars, it is almost as though the cells within our own bodies recognize something so familiar to the deeper part of our being. Perhaps it is our soul recognizing the Oversoul or Origin meeting Origin.

What is so very striking about these images is that we are looking back in time before time was even a concept. The manifestation in the images are billions of light years away. To see the images as they are today, we would have to wait another 13 billion years. In other words, we are looking at a period of existence when we, planet Earth and all it entails, did not exist. The experience is beyond humbling.

It brings to mind the question: what are we exactly? And are we really fulfilling what we are here for? In many ways it seems that humanity has lost its way. Looking at images of deep space where, at present, there are millions of universes, but no other life forms with our so-called sentient chemical makeup shows how extraordinary life is on this planet. Even within our own galaxy, there are thousands of planets, but no other life like ours found so far. As a planetary whole, we have forgotten this. We, despite images that show the immense beauty and impermanence of all life, cosmic or planetary, seem to have no understanding of how incredibly unique it is that we exist.  It may be impertinent to ask, but how can one not believe in a divine intelligence with this realization? And how is it that we have turned our backs on such transcendental wonder?

One journalist stated that looking at the images was a spiritual experience. Immediately, another stated she had “gone too far” in her article. How dare she bring something like “god” into her article about something built on science. Meanwhile, amidst this controversy of how we should express ourselves when viewing these images, the intelligence of the life that creates and destroys universes is just doing what its innate nature is designed to do. There is no opinion, no argument to correct one form of life from the other. The dance of birth, existence, and eventual demise has been taking place in the heavens longer than this planet, humanity, or even our universe has existed. It seems such a pity that not everyone sees the immensity of what the Webb Telescope is capturing. Instead in our small miniscule world of 8 billion people and counting, we are caught up with the words someone uses trying to describe the indescribable.

Perhaps we can use the Webb images to teach us some very fundamental, but important things regarding our life here on planet Earth that we tend to take for granted. One being that while we believe we are the most powerful creatures on the planet, our planet is actually very small and still very young which means that we are also very small and very young. Humanity is a newborn compared to how old our universe is.

Another teaching we could possibly keep in mind is that intelligence is a double-edged sword. Being a witness to the interplay of the cosmos is a privilege. The intelligence of humans to understand exactly how to create a telescope that can be sent into space is phenomenal. The images have introduced us to information that once upon a time we could only dream of. Yet, the wisdom-intelligence needed to understand the implications of this and see beyond the physical form tends to be lacking in the world of science. The dance of life that we are privy to via the telescope are not just clouds of gas and dust, but a consciousness that within it holds atoms and other unseen life that lie within our own bodies. We are the children of the ancients.

This being said, we must think of the implications when we, in the name of science, decide to thwart an asteroid’s course of direction or whatever other experiments are being done in space all in the name of knowledge. We have seen the effects of this on our own planet when we toy with a naturally design system. Little do we know what the recriminations may be when we decide to “experiment” in a much larger and grander field. We seem to forget the wisdom of “As above, so below. As within, so without.”

The ability to have an image of the patterns of the birth of stars, their maturity, and eventual demise remind us of our own mortality and the pattern all life follows. Much like in the natural world on Earth, the star clusters create a small nursery of new life, but eventually, the change in their own formation causes changes in their “siblings.” Some remain, some don’t. This is such an important lesson for us to learn. We are no different than the natural world. And yet, we feel we can control the evitable. Before us are images from billions of light years away where life is doing what life does, but we refuse to accept that we are more than our personality, more than this physical form, more than the memories we hold so dear. We want all this to continue, ignoring that nature is a flow, it follows cycles and patterns. As all that we hold dear is part of nature, it is not immune to such forces.

The beauty of this is that humans, so far being the rare species they are, are a life form that is part of a vast unity. We are a very small part of something so extraordinary, so truly astronomical, that we are only beginning to see what we are a part of. We must realize this from a much deeper perspective than just our everyday mind. Letting go our petty likes and dislikes, our judgements and opinions. These mean so little when viewing how much larger of birthplace we actually come from.

Recordings to go with the images are now online. What stands out more than anything is the deep silence of space. In this deep silence lies so much activity, no different than what we see on our own planet. The message of the natural world cannot get any louder. The silence is there for a reason. It is in the silence of own bodies where we connect to something so much larger than the box of our mental activity. It is here where we can ponder our true nature, find our true sense of “home,” and connect with true nature. The cosmos from above, lies within.