The Myths of Materialism 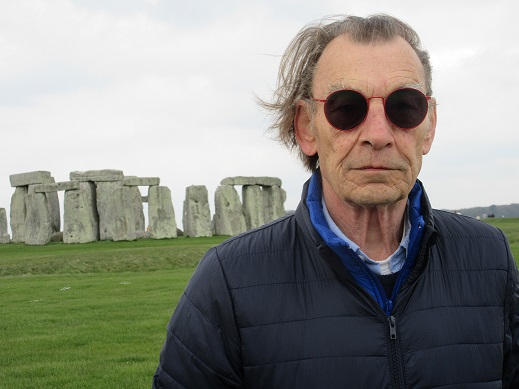 The author at Stonehedge

Wealth and piety will decrease day by day, until the world is wholly depraved. Then property alone will confer rank; wealth will be the only source of devotion; passion will be the sole bond of union between the sexes; falsehood will be the only means of success in litigation; and women will be objects merely of sensual gratification. Earth will be venerated only for its mineral resources.

From the Vishnu Purana.

This quote from the ancient Hindu scriptures refers to The Kali Yuga or Dark Age. This is the era in which we now find ourselves enmeshed, and in which materialism reigns supreme as the world crumbles into decadence and destruction. Although written centuries ago the sentiments above have a grim resonance in our modern world in which materialism predominates and allows no rivals.

These days materialism rules virtually everything. It effectively imposes a one-party state of governance on this planet. It dominates our entire view of reality and distorts our understanding of ourselves, the world and the universe. It shapes our consciousness, controls our perceptions and moulds our behaviour. Above all, it creates its own faux mythology replete with superstitions, illusions and prejudices: a jumble of mirages.

The mighty, blinding force of materialism continues to become yet more bloated and influential. As a worldview its values – if indeed they can be ennobled by that word – appear unassailable. It fills up most of our bandwidth squeezing out the spiritual dimension. For a great many people the material world is the only reality.

Materialism is the most prevalent and persuasive of contemporary religions with its own gods, scriptures, rituals and icons. And billions of devotees. It has its own clergy and places of worship. It has its own creed, affirmations and prohibitions. It has its own denominations and sects, the chief one being scientism – the almost religious adoration of and acquiescence to questionable and limiting scientific methods.

Another close cousin and co-conspirator is an even more devotional denomination centred on the almost ubiquitous fetish-cult of technology. The tec, the preachers tell us, will solve all our problems – even the ones it itself has created. Technology falsely promises that it will make us happy and more contented. While some technology is useful and life-enhancing much of it is quite the opposite. We have developed sophisticated extermination-level weapons systems as well as those of mass surveillance, behaviour modification and assorted forms of social repression.

Apart from nuclear weapons and algorithms that can read and censor us, there are bleak predictions that Artificial Intelligence may pose an even greater threat. A recent report from scientists at Oxford University and Google came to the grim conclusion that ever deeper romance with robots could spell the downfall of humanity as increasingly intelligent and powerful machines murder their creators.

Sinister groups  resembling villains from a James Bond movie advocate a sinister golden age of transhumanism. In this nightmare world technology will enhance human potential by connecting our brains to cyber-space and allowing our bones and tissues to be enhanced by adding components manufactured from titanium and other exotic materials. In many ways this technological, dystopian agenda for humanity’s future is the direct result of our quest for even more materialistic ways of living and thinking – an age in which technology finally hijacks the human spirit.

There is also a complete lack of morality underpinning materialism. Science unleashes its inventions on the world often without a moment’s consideration as to how these may impact when weaponised or commercialised. Materialism isn’t just about money although this is its lifeblood along with its close cousins wealth and possessions. However, the constant yearning for more money, more wealth and more stuff becomes so pathological that morality is evaporated. Admittedly, greed, selfishness, the desire for profit, control and power along with other undesirable personality drives are the timeless but ultimately corrosive components of the lower self. They have always shaped much human behaviour even in pre-materialistic days. But modern materialism has bizarrely transformed these vices into noble aspirations.

The material over-soul of the modern world has created another gigantic illusion – that of time itself. The supposedly rational, logical, left-brained and analytical conclusion is that time is a linear phenomenon flowing out of the past, running through the present and trickling off somewhere into the future. This may be a convenient man-made device for coping with the realities of the physical plane. But it masks the truth that time is cyclical. Endless cycles and spirals of time prevail on those inner planes of being and in those higher elusive dimensions. Linear time doesn’t exist in those realms – only an ever-present and enduring now.

Materially minded people are difficult to convince that there is another reality beyond the physical. They tend to reject all notions that there are invisible realms, hidden dimensions, mysterious forces, non-physical realities and concealed kingdoms of nature. They scorn the idea that everything from a particle to a super-cluster of galaxies is conscious, connected, alive and evolving. Materialists believe that death of the body spells oblivion or else eternity in some vague religiously-inspired paradise or other. They cannot accept the fact that humans are souls in physical form who will be reborn again and live future lives determined by the ineluctable law of cause and effect or karma. Not randomness, chance or accident.

Materialists – and especially the devotees of scientism – utterly condemn the idea that the human mind cannot exist without the back-up physical mechanism of a brain despite overwhelming evidence to the contrary. Indeed, they are deeply unhappy at having to define what consciousness actually is in the first place other than electro-chemical reactions in the cerebral cortex. They propagate and promote the deeply fallacious view that the brain is more akin to a video storage device than a TV receiver.

Science and its often hubristic practitioners with their ‘we know everything’ mantras may be able to stare deeper into space and closer into the quantum world than ever before. But there is a huge problem. They beg us to conform to their narrow and constricted material vision of the world. But the deep irony of all this is by their own admission they can’t see most of it because this universe is largely invisible to them. Ninety-something per cent of what should be there is apparently missing, they say. So, they are obliged to ascribe vague catchall terms like dark energy and dark matter.

Another science-dominated enterprise is medicine obsessed by its ‘drug ‘em and cut ‘em’ culture in which the two main options are surgery or imbibing the products of Big Pharma. The mainstream medical profession is almost wholly material in its outlook, and it expends much energy ridiculing effective alternatives such as energetic healing, herbal remedies, homeopathy, acupuncture, meditation and a host of other non-invasive therapies. This is because medicine is largely money-driven and not always altruistic. And this makes beneficent and holistic approaches to health unwelcome.

So, where and when did these modern notions about materialism actually begin? In historical terms it’s a relatively modern phenomenon. For most of human history and indeed still amongst those retaining indigenous beliefs the earth is no less than a living, breathing, sentient being. She was and is still regarded by some as the Mother Earth Goddess herself who pledges to protect and provide for all her departments of nature but who instead winds up being gang-raped in the name of power and profit. It is only in relatively modern times that the earth has been seen as nothing more than an inert lump of rock orbiting the sun once a year.

The first faint stirrings of modern materialism began to emerge three and a half centuries ago, coinciding with the Ages of Enlightenment and Reason and the appearance of modern science. In these post-Renaissance times, the printing press is developed, social reforms take place and the Industrial Revolution progressively unfolds. New machine technologies emerge. The thinking of the day increasingly gravitates to the view that the universe is a giant machine whose clockwork mechanism ticks monotonously, predictably and unchangingly. Nature can and must be conquered and her resources despoiled or squandered. And if her people can also be enslaved that is another tick on both the cost-benefit analysis and indeed balance sheets.

Commenting on this the pioneering biologist Rupert Sheldrake wrote:

‘The desacralization of the natural world was taken to its ultimate conclusion in the seventeenth century. Through the mechanistic revolution, the old model of the living cosmos was replaced by the idea of the universe as a machine. According to this new theory of the world, nature no longer had a life of her own.; she was soulless, devoid of all spontaneity, freedom and creativity. Mother Nature was no more than dead matter, moving in unfailing obedience to God-given mathematical laws.’

Since the unfoldment of the Industrial Revolution from the mid-eighteenth century onwards the accretion of materialistic modes of life have coagulated even faster and thicker than the pollution much of this industrialisation has caused.

Perhaps since we are approaching the end of an era be it the Kali Yuga, the transition from the Age of Pisces or indeed some other cycle, we should expect this unhappy love-affair with materiality reaching a crisis crunch-point. It is this author’s view that this final collapse of material-only view of reality remains some way off yet. Material attitudes may even strengthen before they begin to decline. Whether that decline itself is progressive or sudden we have no way of knowing. But what we do know is that just like Atlantis and other civilizations before and after it this decline is inevitable.