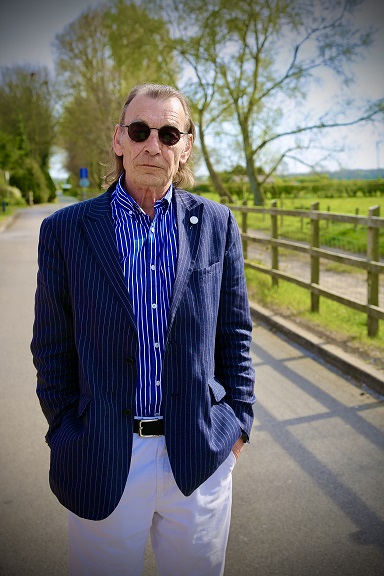 The author has many questions ....

Was the Covid-19 pandemic an evil act of bio-terrorism? Was the virus unleashed deliberately and cynically by some party or other? If so, why? Was it part of a wider sinister plan by shadowy elites and demonic dark forces to enslave humanity and exert draconian mass control via fear, manipulation and authoritarian government action? Was it a dress rehearsal for something even worse to come? Was it a random event?

I’m not in a position to offer definitive answers. Nor are most other people. It’s all too easy to get sucked into conspiracy-infested wormholes which make rational thought and decisive action impossible. Conspiracies, of course, do exist. (As a long-standing journalist I’ve uncovered quite a few of them in my time.) However, I’m not convinced as some are that absolutely everything that happens in the world is a conspiracy.

What I am certain of is that this was no accident because nothing is accidental. Nothing happens randomly or by chance. Every effect has a cause both esoterically and exoterically whether we can identify it or not. (And it would be relatively purposeless to try and speculate on the esoteric underpinnings of this crisis since our knowledge of such things work is so scanty.)

Nevertheless, it’s intriguing to ask whether in true Judaeo-Christian spirit this minute coronavirus variant was somehow sent by a vengeful God as a punishment for mankind’s many misdemeanours? Was it a warning from higher powers to tell humanity that it has overly transgressed and crossed some kind of red line? Was it sent to realign a disjointed world? Was it despatched Shiva-like as a destroyer-cum-preserver to create a new order or perhaps merely teach errant humanity a lesson? Or was it the work of some power-crazed cabal to create a chilling New World Order in which the 0.1 per cent would control and dominate the other 99.9 per cent?

These questions may never be answered in my lifetime. Or indeed any other time.

Whatever the causes or motives, the pandemic has sent seismic, rearranging shockwaves which have dramatically changed most things about most people’s lives. These upheavals, while mainly negative, have had some surprising benefits, too.

For a while we could hear birdsong again. Traffic jams temporarily disappeared. The skies were suddenly undecorated by aircraft vapour trails. People had more time – to be themselves – although many felt uncomfortable with this new-found freedom. Those with work-dominated lives had more time to think if they chose to do that.

Covid-19 also demonstrated in often bizarre and perhaps perverse ways just how ingenious, inventive and adaptable human beings can be especially in times of crisis. It proved that despite repeated onslaughts the human spirit remains undefeated (although quite bruised).

In my opinion (often proved to be very flawed) the pandemic has had a curiously rejuvenating effect on the Theosophical Movement and its fellow-travellers. Would it be an exaggeration to suggest that it has acted as the biggest catalyst for theosophical activity in decades? Some may find this assertion distasteful or trite. But let’s explore the evidence.

All over the world theosophical lodges bolted their doors. Face-to-face activity ceased. And yet the resulting vacuum quickly became plugged by a relatively new phenomenon – something which scares many theosophists (myself included) – digital technology. Of course, the technology itself is neutral. It’s the use to which it’s put and the intention which are crucial.

(As you might expect, not everyone was entirely enthusiastic about this electronic innovation. Some theosophists even more technophobic than myself refused to dance with the digital devil and preferred isolation instead. But these were a relative minority.)

Very rapidly new ad hoc online networks emerged. Organisations, country sections and lodges all began offering talks, seminars, meditations, discussion and study groups in cyber-space. These seemed to proliferate as quickly as the virus itself. Suddenly it became apparent that there was no longer such a thing as a local or even national meeting anymore. Overnight we became international with people from many countries joining these Zoom and Skype events.

Suddenly you found yourself involved with individual from Athens, Mumbai, New York, Sao Paolo or even Manilla.

My own lodge in Leeds, England has offered dozens of these and it’s not unusual to get visitors from Europe, the Americas or Asia. Some theosophical groupings such as the European School of Theosophy have been even more prolific offering more than two hundred events in a year. These were no longer confined to participants from a single continent but were global events.

One effect of all this has been to accelerate and re-enliven that somewhat elusive first object of the Theosophical Society – ‘to form the nucleus of a universal brotherhood of humanity without distinction of race, creed, sex, caste or colour’. Theosophists have always had problems with this and down the decades it’s led to some tortuous notions of what brotherhood actually is.

If we’re absolutely honest about it, brotherhood in the TS has always been more of an aspiration than a reality. Somehow, it’s often been out of reach. Many have talked the talk but few have walked the walk and actually practised it in meaningful and practical ways. Indeed, the TS has had an illustrious pedigree of in-fighting, sectarianism and division. Of course, it’s not alone in this. Organisations as varied as sports clubs, political parties, businesses, academia and even flower-arranging societies all regularly experience wounding splits and conflicts.

So, to almost everyone’s complete surprise, new communications technologies have greatly assisted in promoting an atmosphere of togetherness and good will in ways that the traditional means haven’t always managed to. As well as promoting greater unity, these events have also offered a far greater degree of plurality in subject matter.

Admittedly, these online events don’t offer the same direct human contact as study groups or seminars, but they do offer a much richer diversity of both participants and esoteric teachings. Another downside to this is that after many months of laptop-only contact, some people complain that they’re getting Zoomed out or hyper-Skyped. But this kind of weary battle fatigue is, in my view, a price worth paying. The benefits exceed the disadvantages.

This all leads to the inevitable question as to what the future holds. When the virus recedes and the restrictions are lifted (and some conspiracists insist they never will) what happens then? Will we suddenly be content to resume our former activities in dusty lodge rooms surrounded by ancient books and even more ancient members? (I include myself in this category.) Will the Zoom and Skype era suddenly vanish as rapidly as the final days of Atlantis?

I don’t think it’s an either/or binary question. I suspect we’ll have both and perhaps one will enrich the other. What’s important to realise here is that a new process and a new era is unfolding. This new way of working online perhaps would have happened anyway but, not I think as rapidly. I find it amusingly ironic that a tiny virus measuring 0.1 millimetres in diameter was the accelerant for all this.

Who was it who quite correctly observed that necessity is the mother of invention?