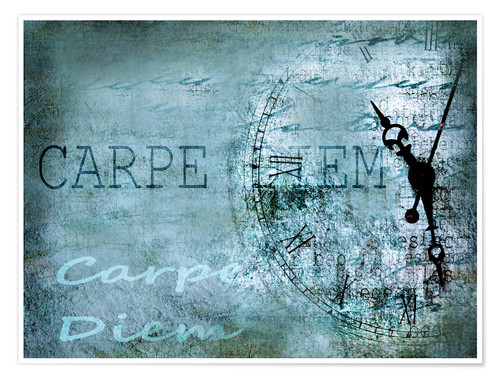 What would you do if you had only five more minutes to live? October 2016 marked the thirtieth anniversary of a heartfelt sermon by Rabbi Kenneth Berger called “Five Minutes to Live” given during Yom Kippur in 1986. The Jewish holiday honors death while affirming life. The sermon was spurred by the tragedy of the Challenger space shuttle that took place ten months earlier. At the time of the explosion, it was believed that all seven astronauts died immediately. Later, evidence showed that it was likely that the crew was alive until the capsule plummeted to the sea. Rabbi Berger (as well as the whole nation) was deeply affected by this. In his sermon he states “For perhaps as much as five minutes, the astronauts were alive and conscious and yet knew that death was certain. The thought terrorizes me. Can you imagine knowing that in a few moments death was imminent? What would you think of?”

What made Rabbi Berger’s sermon even more profound was the fact that he himself was in a plane crash three years later on his way home from a family vacation. The engine tail exploded, locking the controls of the plane. After being told to prepare for a crash landing, Rabbi Berger grabbed his children’s hands to reassure them and then sat down next to his wife to get ready for the impact. For forty minutes, the plane drifted through the air before hitting ground and exploding into flames. The Rabbi and his wife died. His children survived.

Such stories seem so ironic and at times unreal. How is it that a man who asks the question “what would you think of?” be put in a situation where we may ask “what was he thinking in those forty minutes?” But the Rabbi’s question is explored in the same sermon. He believed that two words tend to start any thought, “If only.” So often when faced with a severe illness, a tragedy, or crises, “if only” begins to plague our mind. We bargain for more of something—more time, more love, more patience--because we feel we have not done enough. We regret and hope that if we bargain with the universe, we might get a little more of whatever it is that we regret we didn’t do or give.

Rabbi Harold Kushner in his book, When All You’ve Ever Wanted Isn’t Enough states “I believe it is not dying that people are truly afraid of. We’re afraid of never having lived, of coming to the end of our days with a sense that we were never really alive—that we had never figured out what life is for.” Perhaps this is why we bargain. We want a little more time to figure it all out. Rabbi Kushner’s quote begins with “It is only when you are no longer afraid to die that you can say you are truly alive.” Rabbi Kushner is not alone in stating this. Many philosophers have also expressed such statements using different words. Socrates’ famous statement “The unexamined life is not worth living” brings to mind the need for us to take time for introspection at the end of the day, to right our wrongs and address our shortcomings.

In today’s world, life gets so busy that examination of our words or actions of the day is given little time. The thought of a previous incident runs through our heads, but we often say we will think about it later and move on to the next thing. Many people who start a review of the day at night before going to sleep, find themselves so tired, they fall asleep. If approached seriously, perhaps a review or examination of one’s thoughts, actions, or words needs to take place in lieu of something else. Instead of watching a favorite TV show why not spend the time in reflection? Rarely is a dying person ever heard to say they wished they had spent more time watching TV. They do say they wished they had spent more time with family members or friends. In Raymond Moody’s book Life after Life many of the people he interviewed who had Near Death Experiences (NDE’s) state that when they came back they realized they wished they had loved more intensely. Luckily for them, they were given the chance to do so.

One of the beautiful things about life is that we have a chance to learn and to change things in our lives if given the time. As the writer George Eliot once said, “It’s never too late to be what you might have been.” RN’s and hospice workers often hear from dying male patients that they regret spending so much time working, while many female patients state they wished they had had the courage to express themselves freely. Looking at our own lives, we too may think of regrets or things we wished we had done in our lives. In his sermon “Five Minutes to Live,” Rabbi Berger came up with three “If onlys” that he felt possibly ran through the minds of those who were facing death. While they seem rather general, they are in fact very common expressions we hear or we ourselves think when we have lost someone or have faced a life-changing event.

If only I had known this would be our last goodbye

This is considered a common thought when one loses someone unexpectedly. As mentioned earlier, life gets busy and seldom do we look one another in the eyes and say goodbye as though it may be our last. Granted, it does not need to be a long drawn out Hollywoodesque farewell, but do we ever think that when we say goodbye to our loved ones that it may possibly be our last farewell?

A man came to see J. Krishnamurti about his unhappy marriage. He complained that he found his wife boring and had no interest in anything she had to say. Krishnamurti bluntly asked the man, “Sir, have you ever taken the time to really see your wife?” In other words, do we take the time to truly cherish those who come into our lives and see them for who they are versus who we want them to be? Are we really unconditional in our love for them? If we truly loved and honored one another and were completely present with each other, it is questionable whether the death of someone would cause regret because the relationship itself was lived in the present moment. This “if only” explores the fragility of life itself. The constant change in life and its impermanence should never numb us, but instead make us take heed of the moments that can change in a matter of seconds. Being aware of this, we would relate very differently with those we encounter.

As humans we have been give the wonderful gift of introspection. Introspection or self-examination is an ability that only humans seem to have. But we don’t use it often enough. In our rat race life, we have to be shocked into the understanding of what we had only after we no longer have it. A friend suddenly dies in a car accident and we wish we had visited with them one more time. Or we look back on our grown children and wish we had enjoyed them more when they were younger. Tempus fugit.

Longing for that which we can no longer have seems a normal trait of the human condition. But do we need to live that way? Taking in the moments when we are with friends, our children, even our grandchildren and feeling gratitude toward what we have around us can bring us into closer touch with those we love and our own “beingness.” Constantly wishing we had more or something better, keeps us focused on the future instead of being in the present moment.

In an interview about aging, an elderly man, who had lost his wife the year before, remarked that he wished he had felt comfortable enough to tell his wife how much he loved her. “That just wasn’t something we did. I wasn’t raised that way. Now I wonder if she knew.”

If only I had another chance, I would do things differently

This regret is often the one we say first and then begin to list what we would do differently. Is it possible for us to take advantage of opportunities afforded to us instead of thinking we can do it another day? While the expression carpe diem seems overused and trite, the expression stems from the belief that we never know when the opportunity will arise again because tomorrow may never come. Such an expression may seem morbid, but when pondered over, it can also provide a sense of freedom to truly “pluck” every second of every minute and embrace it, whether pleasant or difficult. We know not why things unfold the way they do, but instead of fighting against life and the events that present themselves, is it possible to just be curious like children and see where life takes us?

What if we could use these “If onlys” as guidelines to living a fuller life? One that engages life in its up and downs? Fortunately for us (especially if you are reading this article) we are still here in this incarnation, able to make changes in our lives. How wonderful it would be that when our time comes to leave this physical world, we had no regrets. If we live life according to what our hearts tell us instead of worrying about what others think; if we take up challenges with faith instead of fear; if we express ourselves with love and compassion instead of staying silent, we may find ourselves living an expansive life, full of abundance and joy. One that epitomizes that overused Latin phrase: Carpe Diem!