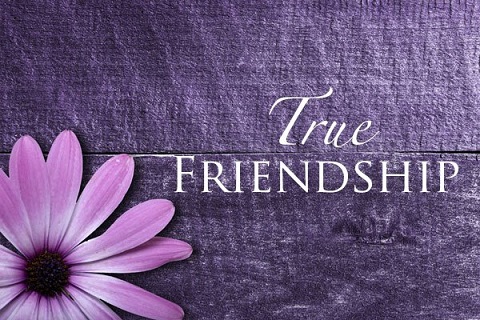 When your spirits need a lift, think of the virtues and talents of those around you — one’s energy, another’s modesty, the generosity of a third, something else in a fourth. Nothing is so inspiring and uplifting as the sight of these splendid qualities in our friends. Keep them always in mind.

Gandhi once commented that the notion of “best friends” was somewhat suspect. Special friendships tend to reduce themselves to the lowest common denominator. The first victim in the devolution of an initially meaningful bond of friendship is truth. Candor is gradually lost due to the fear of hurt feelings and the prospect of losing an intimate companion over telling unpleasant truths. Alas, loyalty to truth is all too easily replaced by quasi-mindless loyalty to a person. For this reason, Gandhi felt that it is better to try and befriend everyone one encounters than to cultivate a special “best friend”.

The British psychiatrist, Garth Wood, similarly noted in his controversial book, The Myth of Neurosis, that the most effective therapy for most people is “moral therapy”. He argued that there are, in reality, only two authentic forms of psychosis that require the help of a psychoanalyst or a psychiatrist: schizophrenia and manic depression. Beyond that, most felt needs for therapy arise out of the normal challenges of living and are usually best solved by consulting someone that one knows and trusts. Such a person can be a “true friend” without necessarily being a “best friend”. Wood characterized a “true friend” as one who has earned our confidence and can be fearlessly truthful when needed. Such moral forthrightness is an act of love and is the opposite of “enabling”, that is, of indulging rationalizations and excuses for wrong actions.

At a more fundamental level, the Greek sage, Pythagoras, gave advice on friendship that Gandhi would undoubtedly have endorsed. In Pythagoras’s profound teachings-for-contemplation, he states:

Of all the rest of mankind, make him thy friend who distinguishes himself by his virtues. Always give ear to his mild exhortations and take example from his virtuous and useful actions. Refrain, as far as you can, from spurning thy friend for a slight fault, for power surrounds necessity. The Golden Verses (Pythagoras)

Pythagoras’s teaching sets the wise preconditions for true friendship. He holds that the basis of all friendship is virtue or character — not shared beliefs, personal charisma nor popularity. “Virtue”, in a Pythagorean sense, is strength of character, the knowledge and power to act justly, with self-restraint and with consummate kindness. When we genuinely admire a person of virtue, we are in actuality “participating” — to some degree — in the supernal qualities of that individual. A virtuous person inspires us and, out of that inspiration, we conceive a sincere wish to emulate him or her. We feel an inner urge to reshape our personality until it is worthy of right relationship with the luminous divine in our friend as well as within ourselves.

Pythagoras (and Gandhi too) encourage us to not only befriend and emulate the worthy, but to beware of spurning them for slight faults. While we can visualize perfection — especially moral perfection — we live in an imperfect world. Faults and mistakes are intrinsic to growth — and so is self-correction. Thus, it is better to think in terms of perfectibility rather than perfection. For that reason, perceived mistakes or even minor character flaws of those we befriend become an opportunity for learning, not for judging or “sitting in the seat of scorners”. Life is a school and we learn and grow from faults as well as from virtues,

In the most universal sense, the true friend is anyone and everyone that is worthy of spiritual and moral admiration. They are recognized heroic individuals who Pythagoras celebrates as “full of goodness and light”. We might never personally know these heroes and heroines of the spirit. They might be only historical figures like Lincoln, Gandhi and Anne Frank. Or, they might be inspiring legendary figures such as Rama or King Arthur of the Round Table. No matter. Once we invite the virtuous into the welcoming cathedral of our minds, they can become, to us, “the best of friends”.

This article was also published in The Theosophist, VOL. 142 NO. 2 NOVEMBER 2020