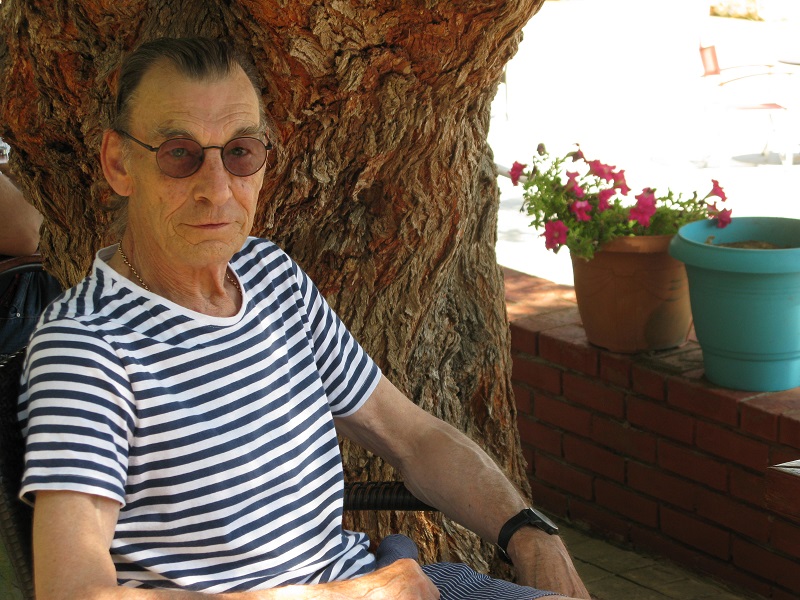 Curiously, one thing unites totalitarianism and traditional spirituality, especially when dished up as religion. This is a complete and total lack of humour. Dictators and the religiously fundamental absolutely hate levity. They don’t like jokes or the joie de vivre they bring. They don’t like comedy in any form. And they don’t like laughter. Humour in general poses a grave threat to the authoritarian mind-set and always has done.

Apart from being generally subversive, humour is infectious, constantly replicating and re-inventing itself like this canny virus itself. Get one person laughing and everyone else follows suit. As well as a potential act of liberation, it’s also a key evolutionary tool.

The towering tyrants of the 20th Century will not be remembered for their love or use of humour – apart from the dark genocidal variety. Chairman Mao didn’t do one-liners. Pol Pot didn’t visit comedy clubs. Stalin usually killed those who jibed about him. And neither Adolf Hitler nor his sinister mouthpiece Josef Goebbels ever cracked jokes. It’s clear that the deeply anti-individualistic Nazis in particular held humour in especially low regard as a particularly virulent form of human pollution along with Jews and Cubism.

Humour is a funny old beast. It doesn’t always travel well across continents or decades. And alongside strict temporal and geographical borders, it also slams into hard cultural back-stops.

Americans, for example, find the self-deprecating humour of the British largely incomprehensible, especially when decked out with subtlety or irony. The Germans don’t really do humour but they do have a world-wide reputation for their deep love of Schadenfreude (the love of other people’s misfortunes) as evidenced by their abiding appreciation of slapstick comedy.

What amuses a Mongolian yak herder may not have the same side-splitting appeal to a Harvard professor. And vice versa. The Mongolian can still get away with making jokes about his mother-in-law. The Ivy League professor knows that this and indeed any even off-the-cuff remark with any reference to sex, gender, ethnicity, sexuality and an extensive check-list of other prohibited topics, can get him thrown out of his job and deprived of his six figure salary and academic standing.

Time also takes its toll. The jokes I told as a teenager could now get me locked up by the increasingly powerful Thought Police who now strictly enforce the kind of humorous remarks you and I are now allowed to make. The Harvard professor is deeply aware of this. The yak herder is probably entirely ignorant of the fact.  Masquerading as the Knights Templar of Political Correctness these language-targeting stormtroopers of the neo-liberal elite have almost succeeded in creating a ubiquitous, anodyne, non-threatening, one-size-fits-all humour which is acceptable to all minorities however small or whacky. But not quite. Not everyone has yet been cudgelled into submission. A few resistors remain.

Mirth also bypasses many so-called spiritual people altogether. When humour arises – and if they actually recognise it when it does – they prefer to remain inertly and moralistically po-faced. Amusement is an unwelcome visitor to many grimly worthy gatherings bloated with good intent. Laughter suggests to them that they aren’t taking their own personal psycho-spiritual development seriously enough. Those clinging to the tattered remnants of threadbare religions seem to experience the same collective hallucination that God doesn’t want you to laugh.

Academic research backs this up with the not very surprising discovery that people with high moral standards are generally less likeable because they don’t make jokes or laugh at other people’s attempts at humour. That’s the conclusion of researchers at the National University of Singapore, who found recently that the more moralistic are viewed as sanctimonious or prudish because of their inability to see the funny side of things. The researchers discovered there was upside to this. They found that the more straitlaced you are, the more trustworthy you appear to be.

My own long experience as a lecturer on occult topics leads me to draw many of the same conclusions. I’ve come to fully appreciate the incipient lurking dangers of introducing even low-grade humour into certain esoteric circles. It can get quite embarrassing. Some years ago – in a vain attempt to loosen up what looked like a particularly ossified and obdurate audience – I introduced what I thought would be a fairly innocuous joke and not really even a typical example of good old-fashioned British ‘smut’, which I admire so much.

‘I farted in a lift,’ I ventured, allowing a pause of a heartbeat or two for effect. ‘It was wrong on so many levels.’

Either this roomful of supposedly spiritual seekers didn’t get it or they decided to collectively ignore it altogether. Telling this joke seemed to have evoked the same kind of grim-faced denial as actually committing such an act of deep social ineptitude in a confined space itself. They sat there as immobile as perma-frost. Not a smirk. Not a snigger. Not even the slightest flicker of a twitching lip. Nothing. Nada. Zero. It was as if I’d decided to try and explain Renaissance Art to a fish.

I’ve often pondered deeply as to why humour is entirely absent from the great religious works of history. It’s a sad truth but nowhere in The Bible, The Koran, The Torah or The Bhagavad Gita do you find a single, solitary joke – not even a bad one. This, I believe, is a highly significant illustration of how the ecclesiastical authorities down the ages and across the continents know that supressing humour is as effective a form of control as supressing sex.

This tradition has continued into the modern age although the so-called Godmother of the New Age, H. P. Blavatsky and her inspirers, the Mahatmas Morya and Koot Hoomi all showed occasional incisive flashes of clever (though subtle) humour and laconic irony in their writings. Later, neither Alice A. Bailey nor Rudolf Steiner ever managed to raise much of a smile. Krishnamurti and Eckhart Tolle fared a little better.

But let’s face it: esotericism is to humour what Cardinal Richelieu was to rock music. But it doesn’t need to be this way. I’m not saying we should all adopt a permanent blissed-out smile or rictus grin but as occultists trying to tease out the secrets of the universe we should accept the fact that it’s a riotously funny place. With the twin cosmic laws of karma and reincarnation alone it’s bound to be replete in irony, perceived unfairness and a host of other inequities which are always a solid source of amusement.

I’m not alone in perceiving or commenting on the fact that we appear to be plunging into an increasingly arid and joyless void. This is an ice-world where all forms of mirth are being diluted into a weak anaesthetised swill which neither upsets nor entertains. The Thought Police in their rush to exterminate something they call ‘hate speech’ (ie something they disagree with) have decided in their sublime wisdom that we must live in a world where no one is allowed to be offended. By anything. Anywhere. Ever. Insults, however mild and good-humoured, are to be outlawed. Fragile ‘snowflakes’ in universities must be protected from all harsh realities by ‘safe spaces’. Men are largely to blame for the need for these air-raid shelters from ideas. Older white men in particular. Men like me. In fact, older white men, global warming and smoking are responsible for nearly all the world’s ills. (That’s a joke, by the way. Sorry, I forgot you were an esotericist.)

Humour, of course, depends more than insulting someone or something, although a pithy detrimental comment is always a safe starting point. Amusement can arise from irony, absurdity, exaggeration, witty description and countless other sources.

The big problem arises when we so lack humour of any kind that we can no longer laugh at ourselves. This is potentially fatal and not at all funny. It’s the fate of dictators and religious bigots who are so stupid, venal and paranoid they think any joke must be about bad-mouthing them.

Being both an evolutionary and a survival tool, humour safeguards our sanity. It’s been proven to be especially vital during times of war, disaster and conflict.

Deprive people of humour and they become abusive instead. Look at the miles high piles of twisted sentiments on social media which spawn tsunamis of depression and self-harm.

Humour like so much else faces grave peril from those ascendant anti-life forces of mind control and conformity which are always trying to engulf this planet. Humour is innate to human beings. Without it we wouldn’t be blessed with the capacities to laugh and smile. Humour is a central strand of the human spirit and needs to be protected along with all other vital bodies, temporary and permanent. Those trying to regulate or annihilate humour are killers of the human spirit itself. Eventually they will reap the karmic consequences of that.

We have 746 guests and no members online