A Practical Guide to Death and Dying – part 8 (end)

Other Planes of Existence. 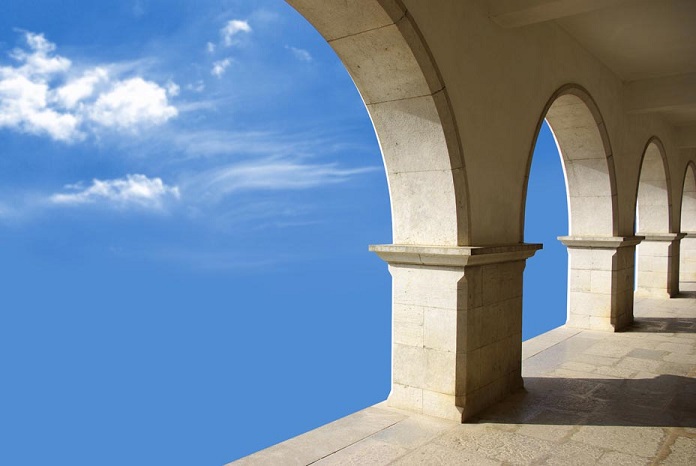 It was St. Paul who pointed out that the proper term is heavens—plural — not heaven. In other words, embracing and interpenetrating the three-dimensional world with which we are familiar, there are other worlds, other planes of existence, other realms of nature. As I said, science is now beginning to recognize the multi-dimensionality of the universe in which you can pass from one set of dimensions to another, as in the notion that black holes in space connect matter and antimatter universes.

One of the most useful contemporary presentations of the nature of the afterlife worlds is found in a book by Dr. George Meek. In After We Die, What Then? he offers what he calls “A Blueprint of Immortality,” showing, in a large multicolored diagram with accompanying text, what post-mortem existence is like.

Interpenetrating our world, he says, are the astral planes, the still- higher mental and causal planes, and finally the celestial planes. The lowest astral plane is traditionally referred to as hell, hades, or purgatory. The Bible describes it as “outer darkness, weeping, wailing and gnashing of teeth. ...” This “dark, dismal, dangerous and often frightening world,” as Meek describes it, is populated with greedy, self-centered, unloving, resentful people. Often, they have fierce bodily desires and lusts. They may be drug addicts, sex perverts, alcoholics, murderers, or suicides.

The intermediate and higher astral planes offer much more pleasant experiences for the dead — “wider perspectives, greater vistas, magnificent panoramas,” Meek says. Help and love are offered to souls, along with further growth opportunities for advancement to the mental and causal planes. On these levels of consciousness, there is access to all of the accumulated wisdom of the ages.

On the celestial planes, there is preliminary conscious contact with the Universal Godhead. This is the level of consciousness from which the world’s saviors, sages, and avatars enter human existence.

All these planes or levels are said by esoteric, occult and spiritual tradition to have beings native to them — angels, devas, herukas, elementals, demons, unclean spirits, cherubim, seraphim, archangels and all the other heavenly or hellish “mythological” creatures generally dismissed by materialists as fantastic nonsense. Some of these intelligences have been perceived by people during OBEs and near-death experiences as “beings of light.” Their native condition on the causal and celestial planes normally keeps them invisible to us. Likewise, on the lower planes, ghosts and apparitions are normally unseen. And on the lowest astral level, Meek tells us, creatures of non-human lines of evolution may attach themselves to the auras or astral bodies of people living on Earth. Such a “possessed” person may act abnormally, be judged insane and institutionalized, or commit suicide.

Heaven and hell, then, can be described as real places extending through the universe, but paradoxically, they are contacted right here on Earth within you. That is because heaven and hell are also psychological conditions, states of mind. As such, they are a function of your own state of consciousness, whether in the body or out of it. In other words, heaven and hell are hyperspaces, sets of dimensions that we experience as states of mind and that commingle with the familiar physical space- time framework we ordinarily call the cosmos. As psychological states, heaven and hell are indeed the conditions that prevail “between the ears,” i.e., within your mind. But conventional psychology, which tends to consider “mind” as confined within the body, especially within the brain, must reckon with parapsychology and paraphysics. These disciplines show that there is an extra somatic aspect to mind, that our psychological activity extends beyond the body.

Is there anything that can account for this? Yes — consciousness. Consciousness is the meeting ground for inner and outer reality, for psychology and physics. In seeking to understand the nature of heaven and hell, inner space research and outer space research come together. All that we can know about “out there” is very much conditioned upon what is “in here.” Our state of consciousness determines our understanding of reality. Those who know reality fully are those who first of all know themselves and have removed all impediments of mind and character that prevent clear perception.

How Can You Die Since You Were Never Born?

We have seen thus far that your personality survives death of the body and in all likelihood will reincarnate. But to what end? Death doesn’t automatically make a saint of a sinner, or a sage of a fool. If your previous lives and deaths have taught you nothing, your future lives and deaths will be merely stupid repetitions of the sins and errors you’ve been committing, the follies and vices you’ve been pursuing. Your contribution to human happiness and wisdom will be a great big zero, and you’ll be remembered — if at all — for your addition to the world’s confusion and misery.

Death challenges us to find the meaning of life, and with it, genuine happiness. It is nature’s way of goading us to discover our true condition, our real self — beyond the transience and ephemerality of this material world. And not only this world, but all worlds. In this book you will find that death is your best friend. If your best friend challenges you, surely it must be well-intended for a single purpose — to make you happy and wise. That is the purpose of death.

For the enlightened ones, the self is no longer limited or bound. The spark of God within each of us has, in them, been fanned into the divine fire that consumes the person/personality totally on every level of being, and in the process all sense of separateness is seen to be an illusion. Upon death, the person and the personality are simply no more.

When there is no more separation, where can you go? Nowhere — which is the same as saying that you are already everywhere, even though “you” as a separate personality — whether embodied or disembodied — no longer exist. You have returned to the One which is the all, the Ground of Being from which creation in all its forms on all levels of existence springs.

Our fear of death is ultimately fear of enlightenment, of losing our sense of separate self, of merging with the All. On the deepest level of our existence, we are already merged, of course. But the illusion of separateness leads us to think otherwise.

To lose an illusion means only to see more clearly. That is the challenge of human existence: to see, to know, to be — as fully and truly as the god-in-hiding that we are.