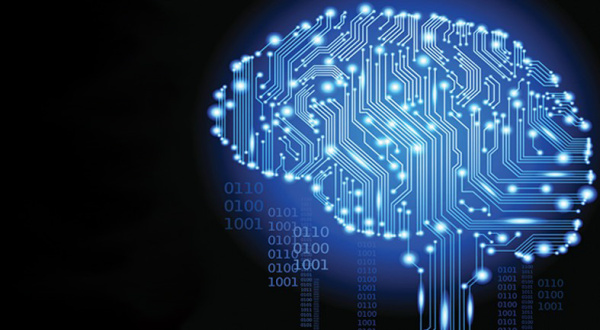 Two New Jersey Institute of Technology (NJIT) researchers, working with collaborators from the IBM Research Zurich Laboratory and the École Polytechnique Fédérale de Lausanne, have demonstrated a novel synaptic architecture that could lead to a new class of information processing systems inspired by the brain.

The findings are an important step toward building more energy-efficient computing systems that also are capable of learning and adaptation in the real world. They were published last week in a paper in the journal Nature Communications.

The researchers, Bipin Rajendran, an associate professor of electrical and computer engineering, and S. R. Nandakumar, a graduate student in electrical engineering, have been developing brain-inspired computing systems that could be used for a wide range of big data applications.

Over the past few years, deep learning algorithms have proven to be highly successful in solving complex cognitive tasks such as controlling self-driving cars and language understanding. At the heart of these algorithms are artificial neural networks – mathematical models of the neurons and synapses of the brain – that are fed huge amounts of data so that the synaptic strengths are autonomously adjusted to learn the intrinsic features and hidden correlations in these data streams.

However, the implementation of these brain-inspired algorithms on conventional computers is highly inefficient, consuming huge amounts of power and time. This has prompted engineers to search for new materials and devices to build special-purpose computers that can incorporate the algorithms. Nanoscale memristive devices, electrical components whose conductivity depends approximately on prior signaling activity, can be used to represent the synaptic strength between the neurons in artificial neural networks.

While memristive devices could potentially lead to faster and more power-efficient computing systems, they are also plagued by several reliability issues that are common to nanoscale devices. Their efficiency stems from their ability to be programmed in an analog manner to store multiple bits of information; however, their electrical conductivities vary in a non-deterministic and non-linear fashion.

In the experiment, the team showed how multiple nanoscale memristive devices exhibiting these characteristics could nonetheless be configured to efficiently implement artificial intelligence algorithms such as deep learning. Prototype chips from IBM containing more than one million nanoscale phase-change memristive devices were used to implement a neural network for the detection of hidden patterns and correlations in time-varying signals.

“In this work, we proposed and experimentally demonstrated a scheme to obtain high learning efficiencies with nanoscale memristive devices for implementing learning algorithms,” Nandakumar says. “The central idea in our demonstration was to use several memristive devices in parallel to represent the strength of a synapse of a neural network, but only chose one of them to be updated at each step based on the neuronal activity.”

Nandakumar, who joined NJIT in 2016, is a recipient of the IBM Ph.D. fellowship and has been working with the Memory & Cognitive Technologies group at IBM Research – Zurich on this problem for the past year.

“The goal of our research is to build novel computing systems that are inspired by the architecture of the brain,” notes Rajendran, his research advisor at NJIT. “While there have been significant successes in the past decade in using machine learning algorithms for a wide variety of complex cognitive tasks, their use in mobile devices and sensors embedded in the real world requires new technological solutions with substantially lower energy and higher efficiency. While significant challenges remain, our team has now shown that nanoscale memristive devices, albeit being noisy and non-ideal, can be used for such applications in a straightforward manner.”