[Changes may prime the brain for spiritual experiences] 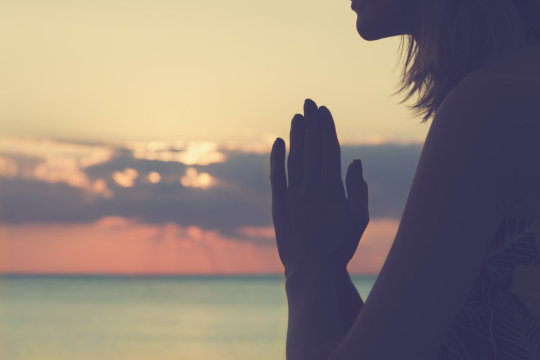 More Americans than ever are turning to spiritual, meditative and religious retreats as a way to reset their daily life and enhance wellbeing. Now, researchers at The Marcus Institute of Integrative Health at Thomas Jefferson University show there are changes in the dopamine and serotonin systems in the brains of retreat participants. The team published their results in Religion, Brain & Behavior.

“Since serotonin and dopamine are part of the reward and emotional systems of the brain, it helps us understand why these practices result in powerful, positive emotional experiences,” said Andrew Newberg, M.D., Director of Research in the Marcus Institute of Integrative Health. “Our study showed significant changes in dopamine and serotonin transporters after the seven-day retreat, which could help prime participants for the spiritual experiences that they reported.”

The post-retreat scans revealed decreases in dopamine transporter (5-8 percent) and serotonin transporter (6.5 percent) binding, which could make more of the neurotransmitters available to the brain. This is associated with positive emotions and spiritual feelings. In particular, dopamine is responsible for mediating cognition, emotion and movement, while serotonin is involved in emotional regulation and mood.

The study, funded by the Fetzer Institute, included 14 Christian participants ranging in age from 24 to 76. They attended an Ignatian retreat based on the spiritual exercises developed by St. Ignatius Loyola who founded the Jesuits. Following a morning mass, participants spent most of the day in silent contemplation, prayer and reflection and attended a daily meeting with a spiritual director for guidance and insights. After returning, study subjects also completed a number of surveys which showed marked improvements in their perceived physical health, tension and fatigue. They also reported increased feelings of self-transcendence which correlated to the change in dopamine binding.