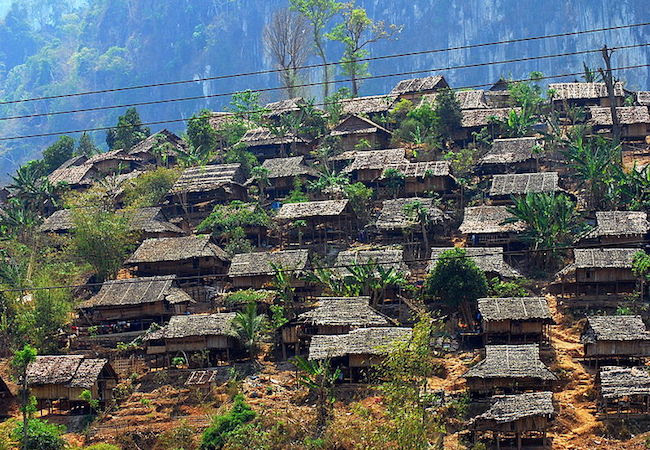 On Friday 24 March 2017, the 47-member UN Human Rights Council adopted a resolution without a vote (a consensus-type procedure) to create an international independent commission to study the human rights situation in Myanmar (Burma). The representatives of the Russian Federation and China, who do not like independent investigations anywhere, indicated that had there been a vote they would have voted against but that they would not block a consensus motion. The Ambassador of Myanmar, Hlin Lynn, indicated before the adoption that such a commission was not necessary and that his government would not cooperate. The resolution had been proposed by the members of the Council from the European Union who often have difficulty in reaching agreement among themselves. The fact of their joint action indicates that awareness of the dangerous situation in Myanmar has been growing in the past months.

The creation of an independent commission is the strongest form of pressure that the Human Rights Council has and is rarely used. The most noteworthy commission created concerned the armed conflict and resulting human rights violations in Darfur, Sudan. The government of Sudan did not let the members of the commission into Sudan, but interviews with refugees in Ethiopia and Geneva confirmed the information which representatives of non-governmental organizations (NGOs) had been providing the Commission on Human Rights, the ancestor of the Human Rights Council. As I had been the first NGO representative to raise the Darfur situation in 2004 in the Commission on the basis of information from sources that I trusted but without myself having been on the ground, it was a satisfaction to have the Darfur Commission confirm what I had been saying.

Since I have been addressing the Commission on Human Rights on human rights in Myanmar since 1989, I am not sure that there is much new evidence to be presented, but events can always be updated. In 1992, a Special Rapporteur (then the sharpest tool available to the Commission) on Myanmar was named, Prof. Yazo Yokota of Japan. The government of Myanmar did not cooperate with him but did not attack him either because the government of Myanmar needed trade and investment from Japan. Later Special Rapporteurs on Myanmar who came from less powerful States were attacked by name in the Commission ( a break in diplomatic practice as people are referred to by their title and not their personal name.) I had helped Prof. Yokota meet Burmese exiles in Bangkok. His reports were a model of fact-finding and calls for the appropriate measures of international law, in particular the Geneva Conventions.

In response to Yokota’s report the Commission expressed its “deep concern at the violations of human right in Myanmar which remain extremely serious in particular concerning the practice of torture, summary and arbitrary executions, forced labour, including forced portering for the military, abuse of women, politically motivated arrests and detention, the existence of important restrictions on the exercise of fundamental freedoms and the imposition of oppressive measures directed in particular at minority groups.”

The then Foreign Minister of Myanmar, Ohn Gyaw, had replied to the Yokota report that the government’s aims were “our systematic endeavour towards establishing the democratic system in an atmosphere of peace, tranquility, prosperity and orderly processes rather than under anarchy, disintegration of the nation and tragic and senseless destructive acts. This democratic system we aim to establish will be on foundations that are within the parameters of our history, traditions and culture.”

In early 1992, there was increased pressure against the Rohingys resulting in their massive flight into Bangladesh. Due to pressure from Arab and Islamic States such as Indonesia and Malaysia, which had never been concerned with refugee flows of largely Buddhist “national minorities” to Thailand , a Special Representative of the Secretary-General was named. Thus the fate of the Rohingyas started to be discussed in the Commission on Human Rights.

It is not clear to me why there is the current flair up of violence in Rakhine State on the Bangladesh-Myanmar frontier. In a future article, I will try to set out the causes as I see them. The destructive situation was well set out to the Human Rights Council by the current Special Rapporteur Ms Yanglee Kee earlier in March and by the Report of the High Commissioner for Human Rights for the Human Rights Council but there was little discussion of causes or possibilities for mutual understanding.

My aim in this article is to welcome the creation of an independent commission on the model of that for Darfur-Sudan but also to warn that data collection is not an answer in itself as the continuing armed conflict in Darfur shows. There are long-standing obstacles to peace and development in Myanmar which require planning within a basic needs framework and then real international cooperation for socio-economic development.

[Rene Wadlow is the President of the Association of World Citizens, an international peace organization with consultative status with ECOSOC, the United Nations organ facilitating international cooperation on and problem-solving in economic and social issues.]