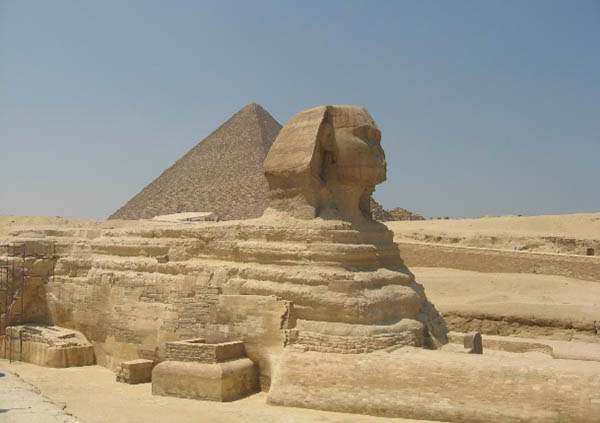 The Great Pyramid and Sphinx at Giza

In June 2015 I accepted a teaching position at an international school in Cairo. I had previously travelled a bit in Egypt and have always been fascinated with the Middle East so I was very excited about this new adventure in my life. Although tourism has significantly dropped since 2010, Egypt still attracts many foreigners and expats such as myself - who finally embraced the overwhelming pull its magnetic forces had on my life since childhood, and moved there! As a side note, for me it began with my armchair travels when I was a young girl, reading about and seeing old photos of Egypt and the Seven Wonders of the World, in the lovely old “Books of Knowledge” we had in our family library. 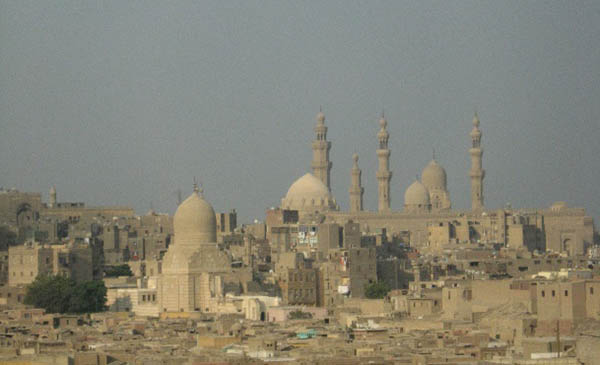 Living in Cairo is a different experience than visiting as a tourist and one that I will forever be grateful for. Cairo is full of contrasts - It is loud, peaceful, beautiful, and dirty. There is great wealth and unthinkable poverty; it is steeped in ancient traditions yet bursting forth with ingenuity and creativity. There is a rhythm or pulse to Cairo that to me seems to reflect the very nature of the Egyptian people; it is intense, vibrant, and full of emotion and energy. As a foreigner it was a bit overwhelming at first but I was treated with great kindness by people who were always so willing to help me as I fumbled through the challenges of daily life unarmed with knowledge of the language. I never felt threatened, unsafe, or unwelcomed in Egypt and in my experience most people are very excited to see foreigners. I do however struggle with some of the traditions such as Eid al-Ahda involving what I view as inhumane animal sacrificing (rarely done according to Islamic law to avoid animal suffering), and definitely can’t wrap my head around the common and brutal mistreatment of animals, vast littering everywhere, and the widespread poverty. 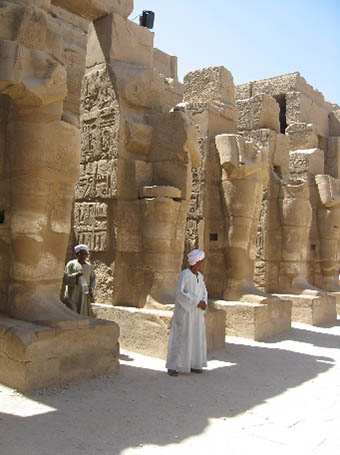 Temple on the Nile

When I travelled as a tourist in Egypt in 2010 (before the uprising) I saw the great pyramids of Giza, the Sphinx, the Egyptian Museum, and several remarkable mosques and other architectural wonders. I visited many famous archeological sites as part of a Nile River cruise that included stops at Luxor and Aswan. Floating down the Nile felt like being in the center of the universe. I saw the temples of Hatshepsut, Karnak, Isis and many others. In Aswan I saw the red sand of the desert meeting the blue waters of the Nile exactly as I had in a dream when I was a child. I saw ancient tombs in the Valley of the Kings and layers of history on the walls of the temples as they were altered and defaced with uprisings and religious shifts. Back in Cairo, the Egyptian museum is a treasure house of artifacts in testament to the magnificence of Ancient Egyptian culture. Cairo itself has many historical sites: the old Khan-el-Khalili market whose structural roots date back to 970 AD, the citadel - a magnificent fortress founded in 1176, as well as numerous mosques and Coptic churches (many now sitting empty) and other centuries old architectural wonders too numerous to list!

My recent ventures in Egypt have included visits to the Red Sea areas of Dahab and Hurghada where I snorkeled in the stunning coral reefs. I have also experienced a Bedouin dinner in the hills around a fire under the stars, rode a camel in the desert, and galloped across the sand dunes behind the pyramids on an Arabian horse. One memorable adventure included an evening/night ride behind the pyramids under a starlit sky absorbing the ancient history and energy of the pyramids. Afterwards we had dinner in the stable causeway with people from 12 different countries!

As a student of Theosophy, Egypt holds an even greater allure beyond its archeological wonders. Currently I am reading a book called, “Egypt: Child of Atlantis - A Radical Interpretation of the Origins of Civilization” by the brilliant theosophist John Gordon. It provides a new lens from which to view the wonders of Egypt as Gordon’s book challenges some of the “facts” put forth by traditional Egyptologists and combines esoteric knowledge with scientific data to offer deeply profound insights into the mysteries and significance of Egypt’s ancient origins. Gordon discusses how Egypt geographically and metaphysically correlates to the ancient wisdom teachings of a seven fold system and can be seen as a mapping of “Heaven on Earth”. Apparently the temples along the Nile are mathematically laid out equidistance from each other and are thought by some to mirror the sequential progress through planes of consciousness, or steps of initiation to spiritual enlightenment as described in ancient wisdom teachings. Gordon further claims that the great pyramids at Giza were part of this system and were used as sites for initiation rituals that brought candidates through a series of tests on their path to enlightenment, and not as commonly thought, the tombs of kings. Gordon disputes this view and chastises main stream Egyptologists for blindly ignoring the spiritual history of Egypt. Gordon’s book is a complex read encompassing vast amounts of in-depth research and scientific data to support his thesis. I would highly recommend it for those of us interested in lifting the veil to see the true Egypt.

In close, I would like to say that my experiences living in Egypt have been incredibly enriching. I have had the opportunity to live amongst people of a beautiful and ancient culture that are experiencing the effects of globalization and western influences while still trying to maintain traditions. Egypt is a fascinating country and offers so many amazing things to do from exploring ancient ruins to enjoying fabulous beaches. The people I have met are kind, helpful, and generous and the culture truly is awe inspiring. I find it a shame that some negative and fearful western views of Arabic culture are harming Egypt’s life blood – tourism. In my experiences Egypt is a safe country to live and travel in and a place that everyone, especially Theosophists - should try to visit and explore (but read John Gordon’s book first!).